Prince Harry & Meghan Markle Were Spotted for the First Time in L.A. (& They Were Looking Casual as Ever) 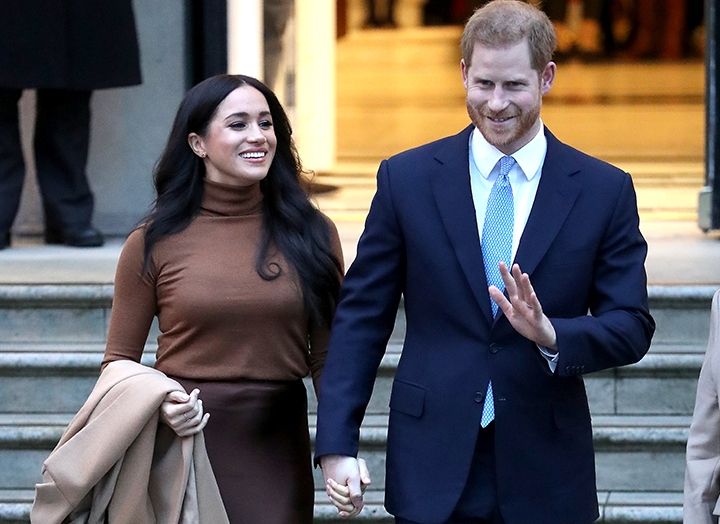 Meghan Markle and Prince Harry are doing their part to help out during these uncertain times—and looking very casual in the process.

The royal couple was officially spotted for the first time since their big move to California on Wednesday, and (to no surprise) they were giving back to the community. In a video published by TMZ on Thursday, the Duke and Duchess of Sussex are seen volunteering with Project Angel Food in the West Hollywood neighborhood of L.A. According to the outlet, the couple was dropping off food to a low-income housing unit for disabled and special needs residents.

For the outing, the 38-year-old actress wore a blue baseball hat, white T-shirt, black pants and white sneakers, while Harry opted for a gray shirt and matching baseball cap. They both donned blue facemasks (to keep with the current coronavirus regulations) and even practiced social distancing.

Earlier in the week, it was revealed by Entertainment Tonight that the duo joined the charity to deliver free meals to people suffering from serious illnesses. This is apparently the second time they volunteered for the charity, after also helping them on Easter Sunday.

The organization helps those who are too sick to shop and cook for themselves. They have prepared and delivered over 600,000 meals all over Los Angeles County, bringing more than 12,000 meals to 1,400 people each week. Meghan and Harry reportedly made about 20 deliveries.

Leave it to the Duke and Duchess of Sussex to make protective gear look chic.