We finally have pics from Prince William and Kate Middleton’s back-to-school drop-off, and Princess Charlotte looks way more confident than Prince George did on his first day at Thomas’s Battersea.

Earlier today, the Cambridge family (minus Prince Louis) arrived at the London-based institution for the royals’ first day of the 2019-2020 academic year. While Prince George has been a student since 2017, this is Princess Charlotte’s first time at the primary level, since she previously attended Willcocks Nursery School. 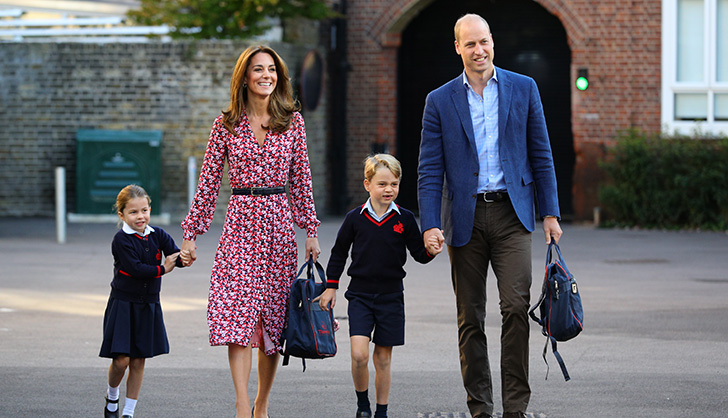 Prince George and Princess Charlotte were spotted arriving at Thomas’s Battersea alongside their parents, who left their 1-year-old son at home. The duchess wore a red-and-white Carnation dress by Michael Kors, while Prince William opted for a blue sport coat and casual dress pants.

When the 4-year-old princess first spotted photographers, she appeared shy, hiding behind her mom’s legs like it would make a difference. 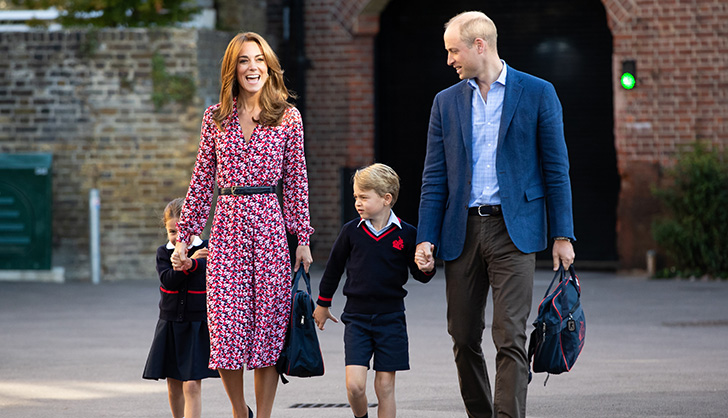 However, that all changed when she mustered up the courage to perform her signature move: the Charlotte wave. 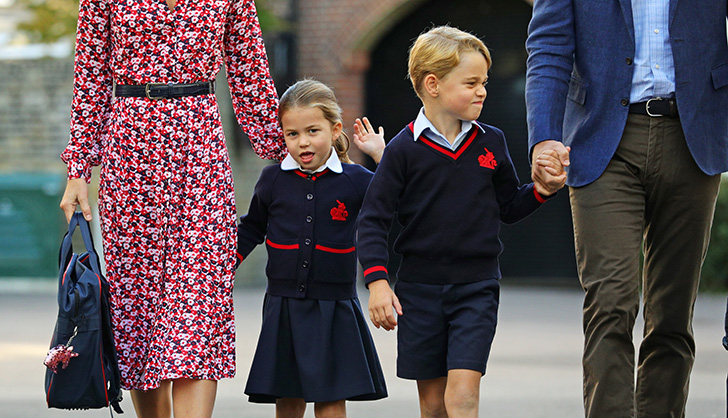 Kensington Palace even shared a video on Instagram, featuring Prince George and Princess Charlotte meeting the head of the lower school, Helen Haslem.

One day down, a bajillion more to go.