You probably recognize Paul Mescal, 26, if you've seen Normal People, the hit BBC/Hulu series adapted from the Sally Rooney novel of the same name, which garnered loads of viewers (and a number of Emmy noms) when it dropped back in 2020. And while Mescal played a lovestruck teenager in the series, it turns out that his real life is also full of romance. Reports suggest that he has gotten engaged to his girlfriend—indie singer-songwriter (and Grammy-nominated artist) Phoebe Bridgers, 28.

For a recent profile in The Guardian, Mescal was talking about his reason for quitting social media, even though it was the place where he met his current partner. 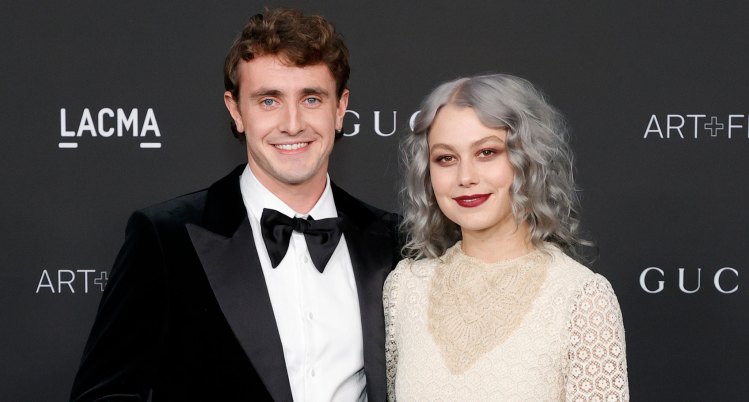 “In 10 years I might rue the day I threw out my social media, but look, it just is what it is,” the Irish actor said. Following this statement, Guardian interviewer Aaron Hicklin noted, “(Mescal did, however, stay on [social media] long enough to exchange charged messages on Twitter and Instagram with the musician Phoebe Bridgers; the pair are reported to be engaged.)”

Although neither Mescal nor Bridgers have commented on this speculation, the pair made their relationship Instagram official back in December 2021, when the “Motion Sickness” singer posted a photo with the Normal People actor, where they smiled while riding on a boat.

Only a month before, the couple walked the red carpet together at the 10th Annual LACMA Art + Film Gala in California, where they both sported Gucci ensembles. Then, the pair also made an appearance this past spring, when they arrived at the 2022 Met Gala arm-in-arm.

As noted by Hicklin in his Guardian article, the pair's relationship started early on in the pandemic—on social media. Upon finishing Normal People, Bridgers made a tweet about the limited series, to which Mescal responded and the pair quickly engaged in a little flirty repartee.

While it's unclear when the pair first met in person, it seems they first developed a relationship around the time of these tweets and things only grew from there. And although they haven't confirmed their engagement, we'll be anxiously waiting to learn more (and we'll be keeping our fingers crossed that it's true).

We can't get enough of this couple.

Looking for Shows Like ‘Normal People’? These Series Are Just as Binge-Worthy