Stranger Things season four will be the darkest one yet for Eleven, according to Millie Bobby Brown.

In an exclusive interview with Entertainment Weekly, the Enola Holmes star teased audiences will see her character in a new situation in the latest season. Fans were first introduced to Eleven in season one, where she escaped from a government testing facility. She possessed supernatural powers and could connect to the Upside Down.

But now? “You get to see Eleven in the darkest state she’s ever been,” she said over video chat. “This has definitely been the hardest season I’ve ever filmed. And there have been some of the scariest, scariest things that I’ve ever seen as a human, which you guys will get to see, for sure.” 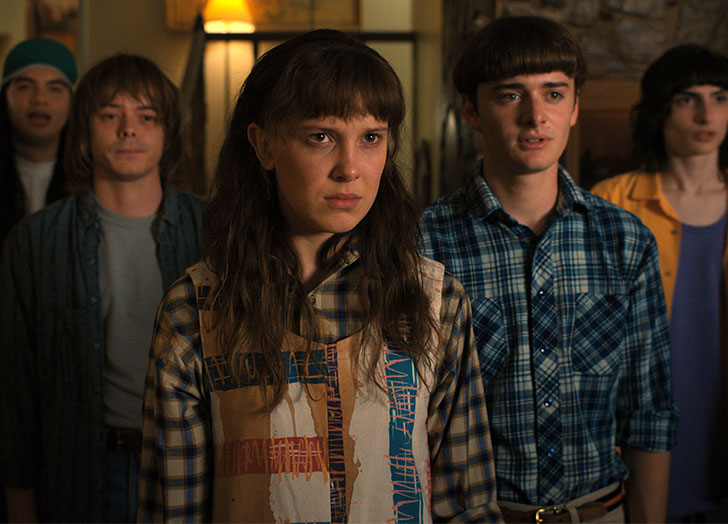 Brown went on to say that Eleven’s past will be explored further this season. Even though we’ve seen flashbacks from her childhood, we still don’t know how she ended up in the facility (or how she got her powers exactly).

“That storyline of her as a young child wasn’t covered,” she added. “There were still so many questions, from me and from the viewers.”

The fourth season will be released in two installments, with the first part premiering on May 27 and the next on July 1. Netflix confirmed the series will return for a fifth season. However, that season will be the show’s last.

Back in February, the Duffer Brothers released an open letter to fans on social media, saying that season five will conclude the series. “Seven years ago, we planned out the complete story arc for Stranger Things,” the creators wrote.

“At the time, we predicted the story would last four or five seasons. It proved too large to tell in four, but—as you'll soon see for yourselves—we are now hurtling toward our finale,” the letter continued. “Season 4 will be the penultimate season; Season 5 will be the last.”