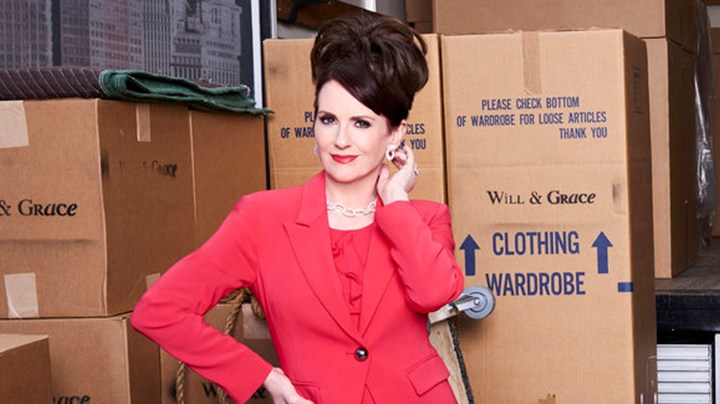 In honor of the return of NBC’s Will & Grace, Megan Mullally is opening up about how her character, Karen Walker, came to be. (Hint: The voice was an afterthought.)

Mullally recently sat down for an interview with Entertainment Weekly, where she discussed the iconic role and revealed that she initially auditioned for Grace (gasp!), who is played by Debra Messing.

She said, “I had actually already auditioned for the role of Grace when they called me in to audition for Karen. I didn’t want to play the bourgie best friend because I didn’t think I could bring anything new to the part. Christine Baranski had just played the same kind of role on Cybill, but then I started thinking, ‘I guess I could make her kind of weird.’”

So, naturally, the actress started ad-libbing “honeys” during the table reads, and although she was “a little scared” of getting fired at first, her quirky additions eventually caught on. She continued, “But they laughed, so I started to play around more—making her quirkier.”

As for Karen’s high-pitched voice, Mullally says she “started doing it without thinking” and nailed it down over time: “The pace of the show is quite theatrical, and my natural speaking voice is very laconic, so I thought, ‘Well, I need to bring some energy to this character.’ And I thought that was a good way to do it.”

In the wise words of Karen Walker, “You say potato, I say vodka.” Will & Grace airs Thursdays at 8 p.m. on NBC.