As Princess Diana’s niece, style is in Lady Kitty Spencer’s genes. So, when the 28-year-old royal hit the red carpet yesterday at the La Vérité screening at the 76th Venice Film Festival at Sala Grande, it seemed natural that she looked incredible.

But that wasn’t the only reason Spencer’s red carpet appearance made us do a double take. Why? Well, her outfit bore a striking resemblance to an iconic Princess Diana look. 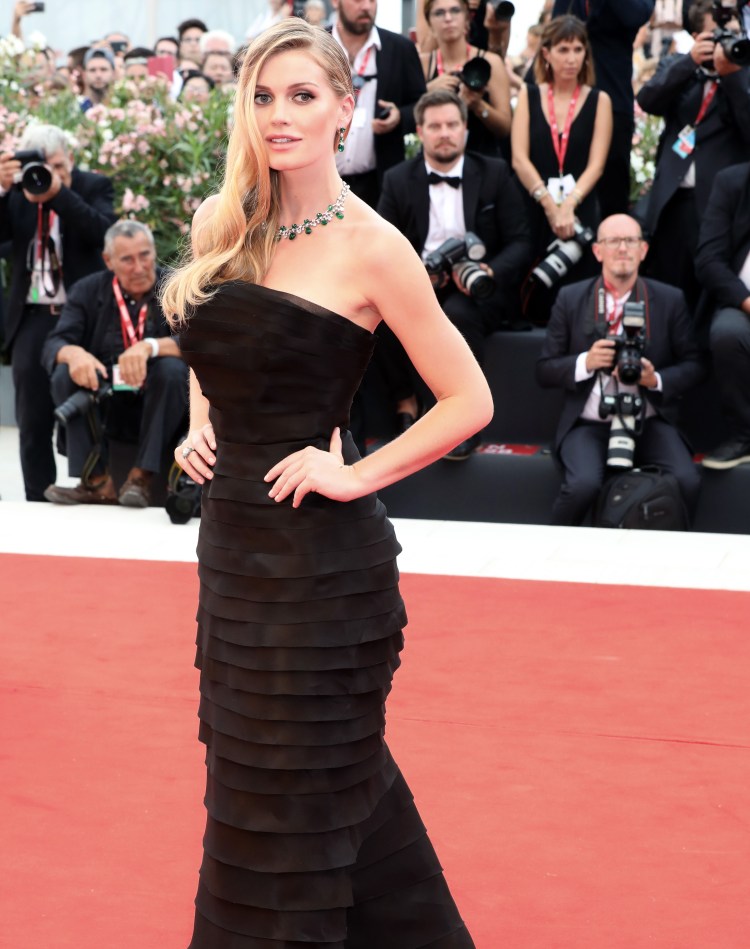 Just look at those delicate tiers and that elegant hourglass silhouette. It’s divine, especially as far as LBDs go.

The model paired the gown with the Bulgari Cinemagia necklace, which features a casual 104 carats of emerald drops, and matching emerald earrings. Her long blonde Hollywood waves cascaded down one shoulder to better showcase her massive jewels.

Her look resembles a certain Victor Edelstein black off-the-shoulder gown Princess Diana wore while on a royal tour of Germany with Prince Charles in November 1987. Just see for yourself.

Diana’s gown was also cut in an hourglass shape, but instead of tiers it featured ruching. She also opted for very large diamonds and a tiara instead of emeralds. Still, there are plenty of similarities.

If the family resemblance wasn’t enough to prove these two royals are cut from the same cloth, the similar taste in couture surely is.