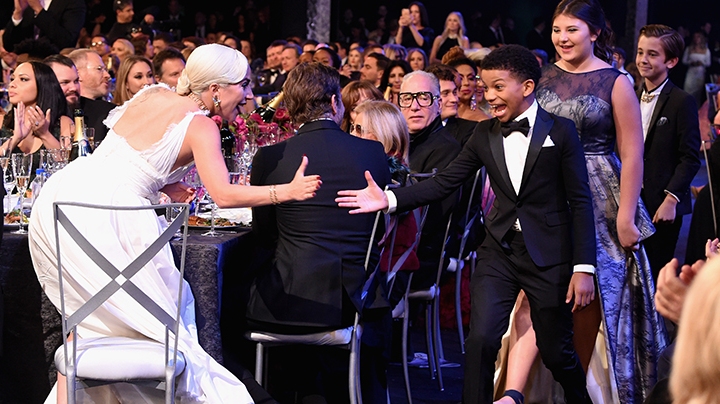 In between stunning in a Dior Haute Couture gown and getting cuddly with her fiance, Lady Gaga found time to make some new friends at last week’s SAG Awards: the adorable kids of This Is Us.

After posing for a few photos on the red carpet, Mother Monster and the young actors—Lonnie Chavis, Mackenzie Hancsicsak and Parker Bates—palled around during the ceremony, with Gaga high-fiving the trio as they walked to the stage to accept the show’s award for Ensemble in a Drama Series.

Gaga was nominated for her role in A Star Is Born but lost out to Glenn Close (another buddy of hers). But don’t cry for her; the artist formerly known as Stefani Germanotta has already picked up trophies at the Golden Globes, Critics’ Choice Movie Awards and American Film Institute Awards, among others. (She’s also nominated for not one, but two, Oscars.) Still, it’s nice to see her celebrating her young friends’ trophy, even if she didn’t snag one herself.

Really makes you think about what you were doing at age 11, doesn’t it?

The 6 Best-Dressed Stars at the 2019 SAG Awards