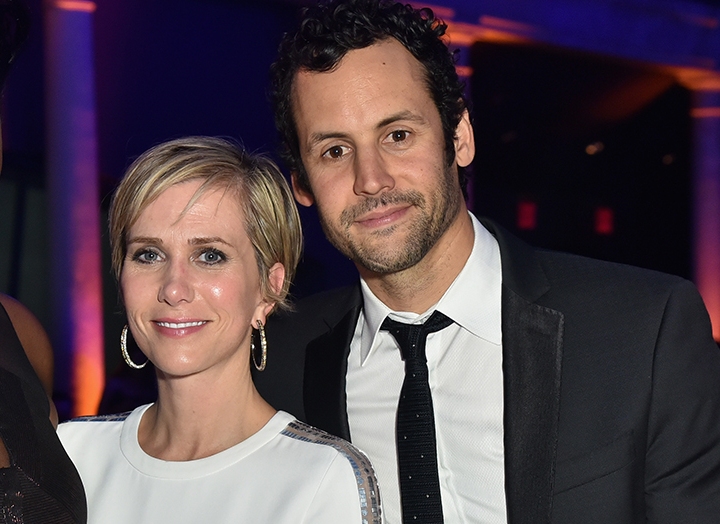 Remember last year when we rounded up all of the couples who secretly welcomed babies? Well, it looks like we may have to make another list for 2020, starting with Kristen Wiig and her fiancé Avi Rothman.

That’s right. The couple is officially proud parents of twins, who they welcomed via surrogate earlier this year, according to People. Shortly after the news broke, the family was spotted on a walk in Los Angeles (photos can be seen on Page Six). During the outing, both parents wore a baby carrier as they strolled with their kids and dog. Oh, and did we mention the infants sported adorable bucket hats to shield them from the sun?

The exciting news may come as a surprise to many, but the 46-year-old actress actually dropped a hint during the Mother’s Day episode of SNL, which took place at home due to the current pandemic.

“I don’t know if I truly appreciated my mom the first 45 years of my life,” Wiig said during the show. “But this year I’m feeling especially grateful for her advice, her love. I’m so thankful for all the things she’s taught me, like preparing to be a mom myself.” Subtle. She quipped, “Things like breastfeeding,” before lifting up a plate of cooked chicken breasts, saying, “Babies love that chicken, she would always say that.”

The Bridesmaids star and Rothman—who is a writer, actor, producer and director—got engaged last August after almost three years of dating. However, no word yet on when they plan on tying the knot. And since they now have twins to look after, the wedding planning might just be put on hold for a bit.

Congrats, you two! Now, if we could get those baby names ASAP, that would be great.