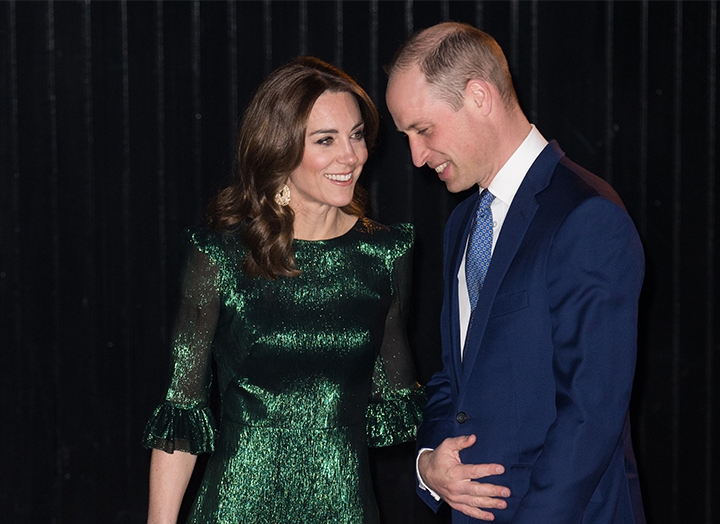 Kate Middleton and Prince William want to keep their followers in the loop when it comes to their latest endeavors. That’s why they just made some major updates to their Royal Foundation’s website.

The royal couple recently changed the homepage of the Royal Foundation of The Duke and Duchess of Cambridge site to coincide with the launch of Prince William's Earthshot Prize, a new program offering $65 million to provide “solutions to the world’s greatest environmental problems” over the next decade.

In honor of the initiative, which was first announced in January and rewards those who are making a difference in climate change, the royal duo revamped the site with a whole new layout and eye-catching images featuring not only beautiful shots of the environment but snaps of the duke and duchess from their latest engagements as well. It also includes a series of articles describing their recent work and projects.

Our favorite added touch? The tiny bios for the duke and duchess centered in the middle of the homepage. Not to mention, they also added their titles “the Duke and Duchess of Cambridge” directly beneath the main Royal Foundation title.

This is the first time the couple has made major updates to the foundation’s homepage since April when they released a statement about their plans to help fight against the coronavirus pandemic.

“The Royal Foundation of The Duke and Duchess of Cambridge will do all it can to support those on the frontline of responding to COVID-19 in the UK,” part of the statement read. “In the weeks ahead The Foundation will be:

The homepage also included photos from the couple’s visit to a call center run by the London Ambulance Service, where they met with the staff to convey their gratitude for all their hard work amidst the coronavirus outbreak.

Looks like these two want followers to know exactly where their priorities lie.