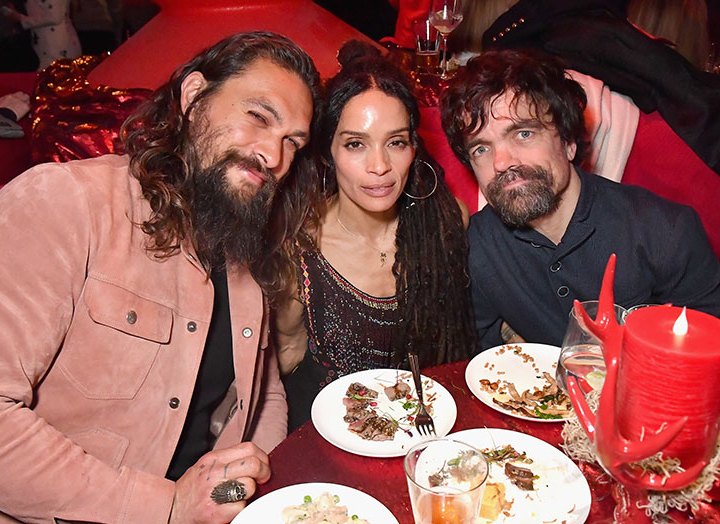 Hey, Game of Thrones fans, listen up because two Westeros favorites are reuniting on the big screen.

Jason Momoa and Peter Dinklage are set to appear in a new vampire thriller. (Yes, Khal Drogo and Tyrion Lannister are teaming up.) Deadline reports the duo will star in Good Bad & Undead which is all about monsters, magic and more, so it should feel right at home for them.

Dinklage will play vampire hunter Van Helsing who partners up with a reformed vampire (Momoa) to scam towns and trick them into giving them money. But when a massive bounty is put on Momoa’s head, they set off on a wild adventure to keep him safe.

According to Deadline, the film’s intent is "Midnight Run in a Bram Stoker world." The thriller will be a modern take on Stoker’s classic work and highlight one of the many adventures the vampire hunter went through.

Momoa and Dinklage never shared the screen together on GOT, so we can’t wait to see what their chemistry looks like. The Aquaman star has expressed interest in the past in working on a movie with Dinklage. During an Aquaman panel at Celebrity Fan Fest, the idea of starring in a remake of the 1980s classic Twins with Dinklage was brought to him and he had a...colorful response. "F***ing tell me where to sign! Absolutely. That'd be amazing. I love that movie."