The Insecure actress has just joined the cast of the untitled sequel to the 2018 animated film Spider-Man: Into the Spider-Verse. Rae will work alongside Shameik Moore and Hailee Steinfeld, who are offering their vocal talents once again to the characters of Spider-Man and Spider-Gwen.

﻿The Hollywood Reporter ﻿first shared the news, adding that the sequel's screenplay will be written by Phil Lord, Chris Miller and David Callaham. While Rae's role has not been revealed, we have a gut feeling that the 36-year-old actress will be playing Spider-Woman (aka Jessica Drew).

Rae shared the news on her Instagram story, with a shot of the The Hollywood Reporter headline and a caption that said, “The way I have loved Spider-Man since the third grade. A dream come true." (She also included a spider emoji as a fitting touch). 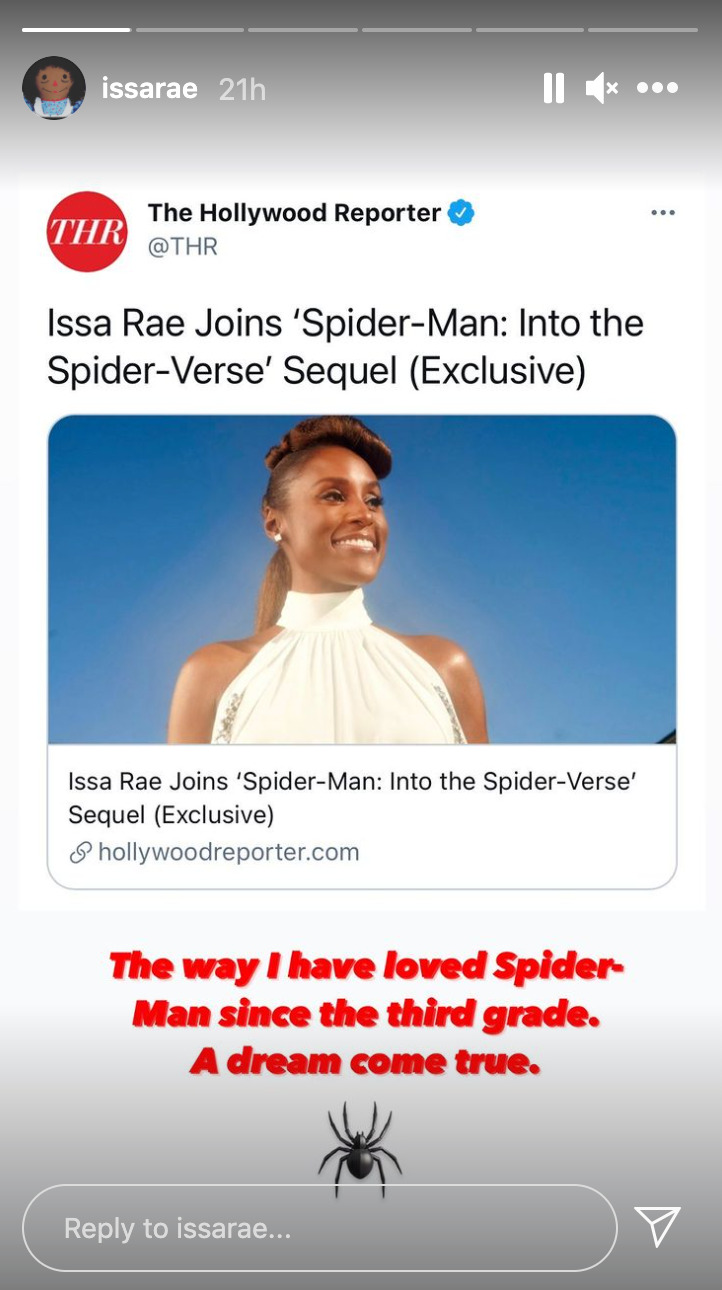 If Rae is introduced as Spider-Woman, this would make sense considering that there is an all-female spin-off the creators are hoping to develop. Back in 2018, ﻿The Hollywood Reporter ﻿revealed that director and storyboard artist Lauren Montgomery was in negotiations to lead “an untitled Spider-centric project that will gather the female heroes in the Spider-Man universe of characters in one adventure.”

Producer Amy Pascal shared the same idea with ﻿Vanity Fair﻿﻿﻿, saying that there was a Spider-Women spin-off in the works that would be written by Bek Smith and would feature the characters of Spider-Gwen, Spider-Woman and Silk (Cindy Moon).

We'll be anxiously waiting to see if this all-female spin-off comes to fruition. In the meantime, the sequel to Spider-Man: Into the Spider-Verse will be hitting theaters on October 7, 2022.

13 of the Best Superhero TV Shows to Stream Right Now, According to an Entertainment Editor