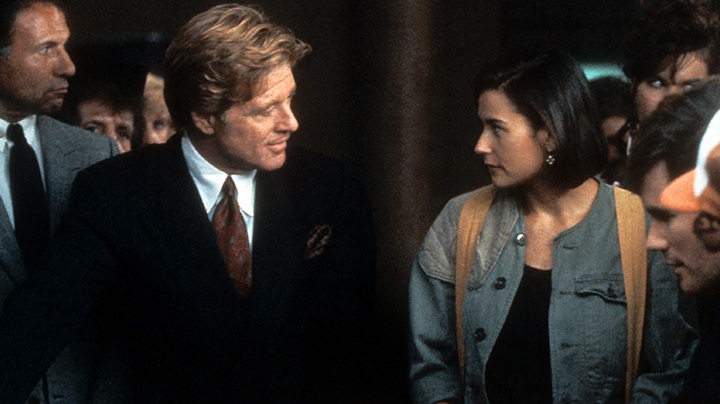 Erin Cressida Wilson (you know, the screenwriting mastermind behind the popular 2016 film Girl on the Train) is taking on a brand-new—albeit familiar—adaptation.

According to Collider, Wilson is developing a revamped version of the popular ’90s thriller Indecent Proposal, which starred Robert Redford, Demi Moore and Woody Harrelson.

Indecent Proposal tells the story of a couple, David (Harrelson) and Diana (Moore), who head to Las Vegas in an attempt to pay off their mortgage at the casinos. After losing, like, everything, they meet a mysterious billionaire, John (Redford), who offers them $1 million to sleep with Diana.

Although Paramount Players didn’t announce any further details about the remake, we’ll take what we can get.