Exclusive: Lea Michele on How She Channeled ‘Glee’ for Her New Christmas Album 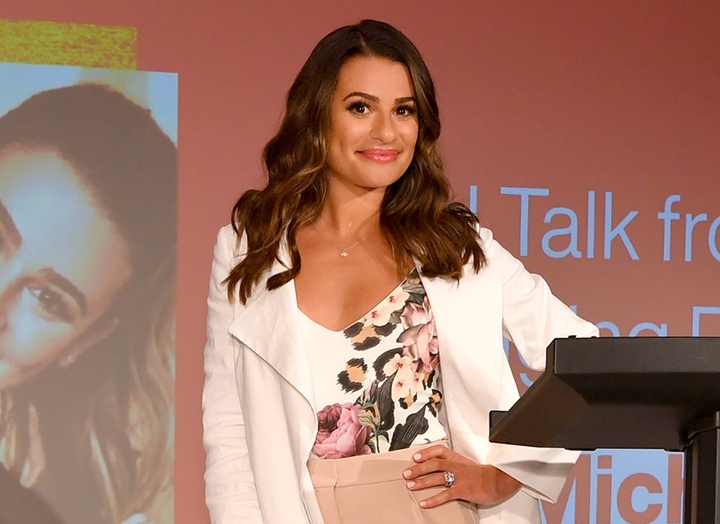 It’s beginning to look a lot like Christmas... OK, OK, we know it’s only July, but Lea Michele is already looking ahead to her next album, which she just announced is holiday-themed.

PureWow had the chance to chat with Michele in New York City where she was celebrating her partnership with TJ Maxx’s Maxx You Project called “The Changing Room,” an experience designed to help support women navigating change in their lives.

As Glee superfans might recall, this album won’t be the first time Michele has recorded Christmas tunes. The hit TV show about a group of high school misfits that join a singing club released its own Christmas-centric record, with Michele lending her voice to many of the tunes.

Michele herself has fond memories of that recording. “I listen to Glee Christmas all the time. It’s such a good Christmas album. All the music on Glee was so amazing. After that experience, I recorded two albums—the first was a bit darker, the second was a chance for to show my voice in a really raw way. Now, with this Christmas release, I want to bring it back to that sound that is reminiscent of such a special time for me.”

As for details on what fans can expect? Michele says it’s the perfect mix of new and old. “I don’t want to give the track list away, but there are some original songs that I wrote, then there are some classic songs and some newer songs that are more current. The result is a very happy, vibrant sound.”

She also tapped a few experts familiar with her work on Glee to be sure the album measures up to her first Christmas release. “I worked with the same producers that I worked with on Glee, so it has that essence. I just wanted it to feel timeless. I’m in a really good place right now and I wanted that happiness to be illustrated on this record. I think it is.”