A Third ‘Father of the Bride’ Movie Could Be Happening 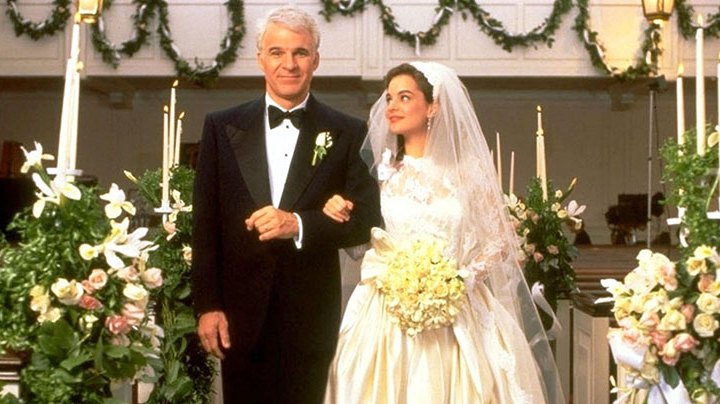 Wedding trends may come and go, but the ’90s classic Father of the Bride truly stands the test of time. And one of the film’s cast members has just revealed some amazing news: A third movie could be in the works.

(Who’s getting married? Will Franck be back to plan the wedding? And will there be swans? We have so many questions.)

You may recognize actor George Newbern as Charlie from Scandal, but back in the day, he played Bryan MacKenzie, son-in-law of George Banks (Steve Martin) in Father of the Bride and Father of the Bride II. Speaking to Us Weekly, Newbern revealed: “[Director] Charles Shyer wrote a script. I know there’s a script out there. And there’s talk.”

“I don’t know how far it got, but I’m sure most of the cast would be into it if the script was right,” he continued.

Um, yeah, they would. Unless they’re total party poopers, that is. (Looking at you, George Banks.)

Newbern even has some ideas for his character. “I think Bryan MacKenzie would probably be a grandfather now,” he said. “They had a kid, so he’s probably got a grandkid at this point, I think. Or at least close to it. Or his daughter would be getting married. He’s probably invested in a start-up in the Silicon Valley because they are on the West Coast. And they probably live up in the Bay Area...They need to shoot a third one. We need to do a third one. That would be great.”

We couldn’t agree with him more.