If you ask my mom about the exact moment my lifelong obsession with the British Royal Family began, she has a quick answer: “It was in the womb! I was glued to the TV when Diana gave birth to Prince William on June 21, 1982.” (I arrived a few months later.) She’s then quick to add, “I was so jealous of Diana’s chic maternity clothes. Mine were hand-me-downs.”

Could that be the reason that, on a second grade field trip to the Museum of Fine Arts in Boston, I *had* to have the Princess Diana paper dolls from the gift shop, then refused to cut them out, lest I somehow knick a Versace gown or accidentally decapitate a Prince Charles?

Could that be the reason I wrote a letter inviting Prince William to a high school dance when I was 15? (Shout-out to my next-door neighbor Katie who sat by my side and penned a similar request to her long-shot love, Michael Jordan.)

Could that be the reason I begged my husband to bust our budget and shell out for nosebleed seats to the same basketball game Prince William and Kate Middleton attended when they came to New York in 2014? (The thought of that royal moment when they walked in during the third quarter still gives me a rush.) 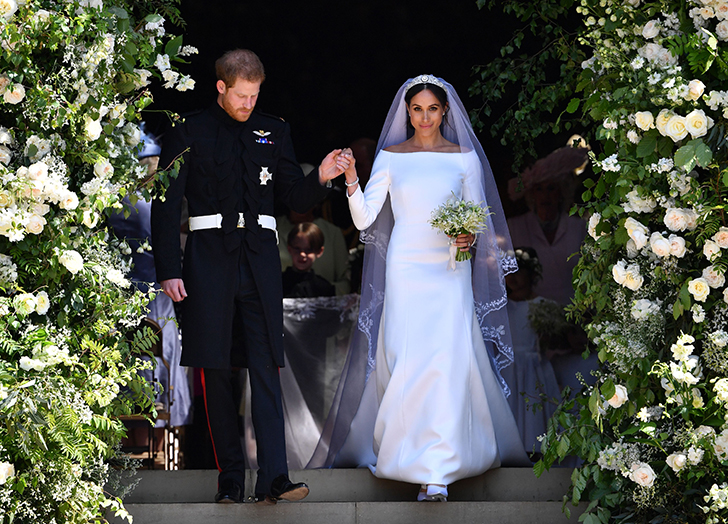 Because here’s the thing: Aside from postering my walls with photos of Luke Perry during his 90210 days, I’ve never been this addicted to anything. That surge of joy I feel when I watch a royal wedding (Meghan’s, Eugenie’s—doesn’t matter) or see Princess Charlotte wave on the balcony of Buckingham Palace…is it healthy? Or is it teetering on a princess complex that I’ve never acknowledged, let alone admitted out loud?

In an effort to keep my sanity (and marriage) in check, I consulted a couple of psychologists to find out. 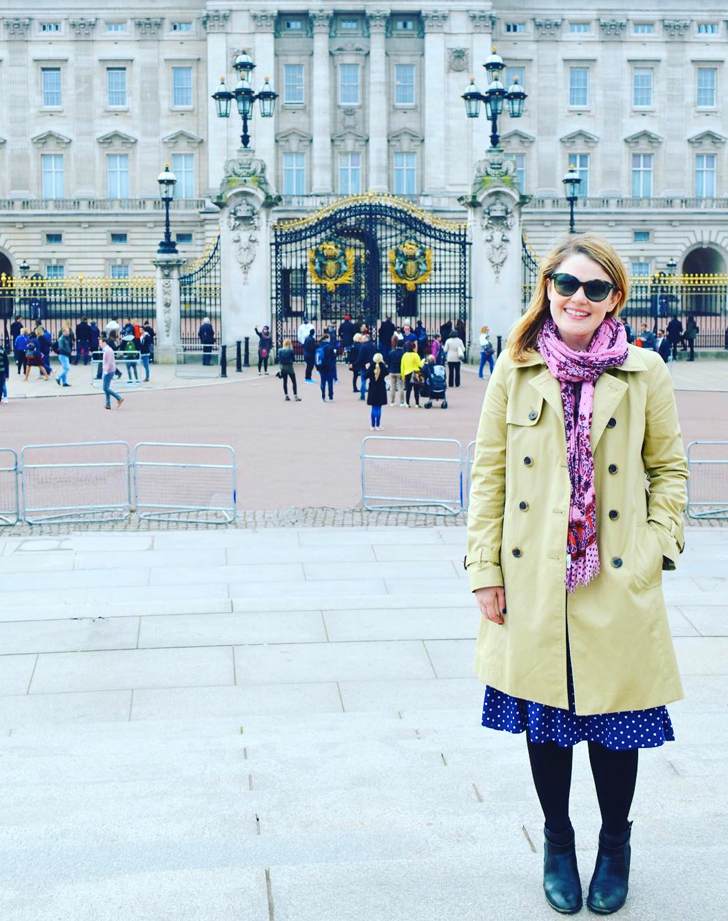 “Celebrity worship is common and historically, royals were among the first celebrities,” says Dr. Daniel Lieberman, author of The Molecule of More. “We idealize them and they serve as a container for our fantasies.”

OK, so maybe my royal addiction is really just misplaced envy for the fancy-pants life I wish I had: A fantasy world filled with fine clothes, luxe locales (brb, researching Mustique) and sweeping romance—not that changing the diaper genie with my husband isn’t the epitome of passion, of course. Common sense tells me that I understand that celebrity and wealth don’t bring happiness. But is there a part of me that still ties #lifegoals to getting the fairy-tale ending?

And more to the point, am I substituting real human interaction with a fake attachment to a person I’ve never met? Maybe, says Marc Cordon, a life coach and author of Beyond Resilient: The Coach’s Guide to Ecstatic Growth. He brings up parasocial behavior, a psychological response that occurs when you form an emotional attachment to someone you don’t know because you can see yourself in their storyline. Flashback to 1998, when I wrote Prince William a note inviting him to a school dance because I thought we were in the same emotional boat: He was grieving the loss of his mom; I was grieving the loss of my grandfather, grandmother and a high school classmate gone too soon. Couldn’t we both use a shoulder to cry on? 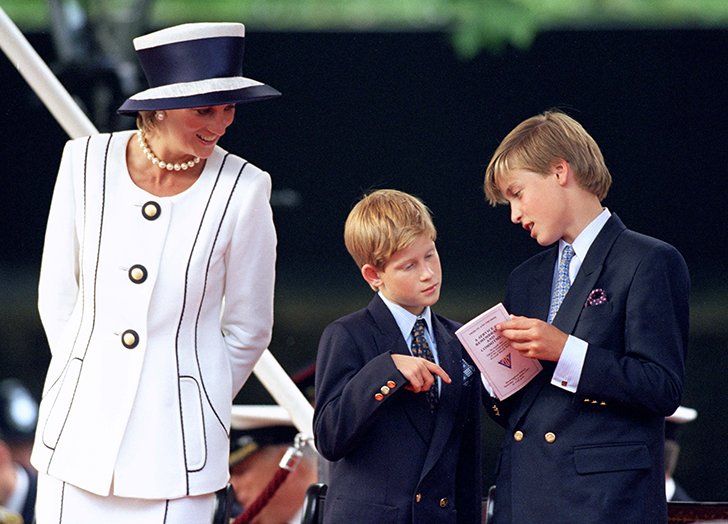 My parasocial behavior continued as I watched the princes pick themselves up from the depths of sorrow, blossom and grow; they became brother surrogates I looked up to and admired but also identified with and applauded. (Fun fact: I wrote not one but two published letters to People magazine gushing about their resilience and strength.)

The bottom line: At a young age, the royals caused me to feel…a lot, and I somehow channeled this into my everyday life. It was icky or narcissistic to talk about my own problems, but the problems of Kensington Palace felt large enough to mourn. 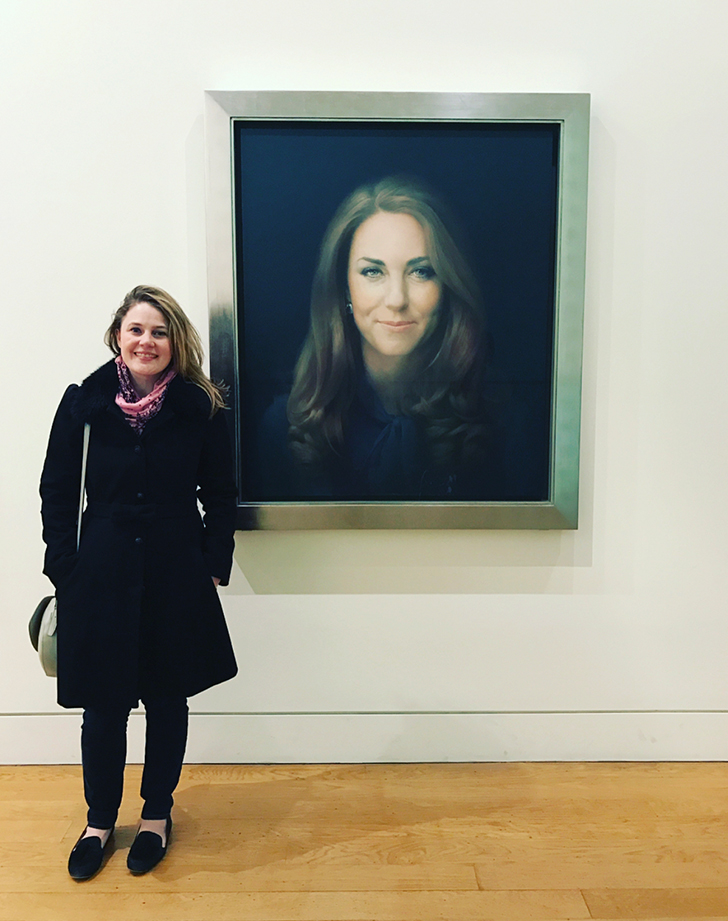 There may also be a biological implication behind the royal rush, say the experts. According to Lieberman, the dopamine system feels rewarded when we watch famous people doing things that don’t have a concrete reality for us (yet): “It helps us plan for the future, test ideas in our heads and engage in creative activities.” In other words, the high I got from Will and Kate’s wedding allowed me the freedom to imagine my own nuptials. And the birth of George paved the way for my son’s birth, five years later. It also didn’t hurt that my brotherly princes were now marrying strong, intelligent women—women whose life stages so closely mirrored mine.

But it’s not all positivity and emotional preparation. To some extent, my obsession may stem from the need-to-know element of our digital times. See, social media has led me to expect a certain level of transparency from celebrities. I expect to see footage of them getting ready for events, or goofing off with their toddlers in the kitchen. And the royals are among the only ones who refuse to grant that, which is why when the most miniscule detail emerges—a designer name-drop, a tot-sized wave—I have to hang onto it in order to feel connection. (Is it so much to ask that Meghan share her bedtime skin-care routine, dammit?!)

“We’ve grown up with Prince William and Prince Harry and watched a new set of characters, primarily Kate Middleton and Meghan Markle, step into the spotlight before our eyes,” Cordon says. “The internet has given us the ability to connect with a greater community around our fandom.” But is this connection authentic? And is it fair to demand it of public figures? 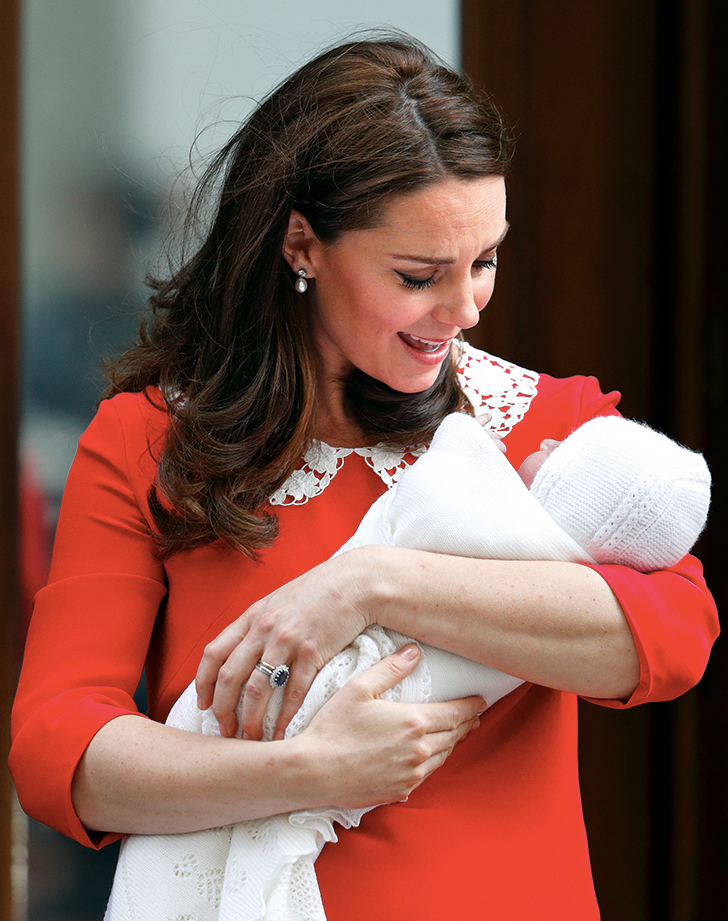 The good news is that my obsession is far from unhealthy. There are 1.67 million followers of the Kensington Palace Twitter account. There are tales of a man in Florida with 13,000 plus pieces of royal merchandise and memorabilia. And a woman from Mexico City so desperate for an invite to Will and Kate’s 2011 wedding that she staged a 16-day hunger strike outside the British Embassy. (She did not score an invitation, in case you were wondering.)

“Your heart palpitations, waking up early for the wedding, tearing up over Kate’s morning sickness: These all are indicators of very normal parasocial reactions,” says Cordon. “The royal family—and the surge of joy you feel from them—has the ability to boost you up during the toughest of times or bring out your best qualities to become more resilient.” (LYMI, George.)

I saw this in action recently, when I was up in the wee hours of the night, desperate for my infant to sleep and elbow-deep in articles about the birth of Prince Louis. Sure, there was the baby name debate. Or the commentary about how abnormally flawless the Duchess appeared post-partum. But the thing I glommed onto was a single photo of Kate, rocking a Princess Di-inspired Peter Pan collar and smiling ear-to-ear with the kind of cracked-out, panicked grin I’ve come to understand now that I’m a mom. That feeling of bursting at the seams with happiness, but simultaneously being so bone-weary that it’s all you can do to put one foot in front of the other. “She’s just like me!” I wanted to yell into the heavens. “She is also searching for the strength to take a shower!” Yes, I’m ascribing a lot to someone I haven’t met, but it gave me something to hold onto; a reason to keep smiling that crazy new-mom smile.

After all, isn’t that all we want from our gods? The ability to see them as humans. The glimpse of the tiara just slightly askew.

Love 'The Crown'? Then, the 'Royally Obsessed' Podcast Is For You