Charlize Theron is nearly unrecognizable in her latest look. (And we mean that in the best way possible.)

Yesterday, the 43-year-old actress attended the Long Shot screening at the Curzon Mayfair in London dressed in Givenchy Haute Couture. Her outfit was sheer perfection, complete with sparkly accessories and a muted multicolored manicure, which is reportedly the new “nude.” 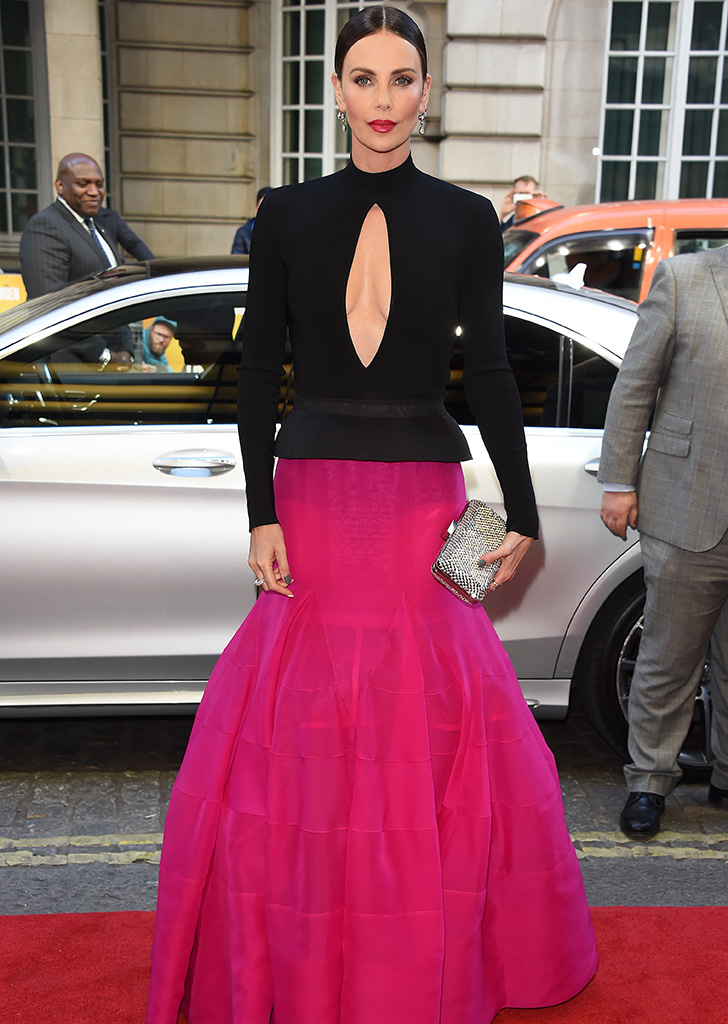 The ensemble, which is straight off Givenchy’s spring-summer 2019 runway, consists of a black knit bodysuit, a peplum belt and a long, double organza skirt in shocking pink.

Theron accessorized the getup with black-and-glitter sandals, a silver clutch and a diverse mani, featuring a different color on each nail. 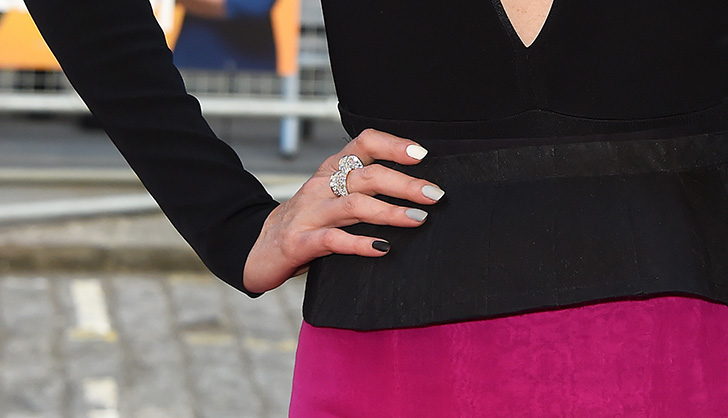 It’s important to point out that the actress looks eerily flawless. Seriously, how is she even real? Anyways, Theron went for a natural makeup look, including a shimmery eye, bold red lip and rosy cheeks. She pulled her hair back into a sleek bun. If only we could pull off a center part… 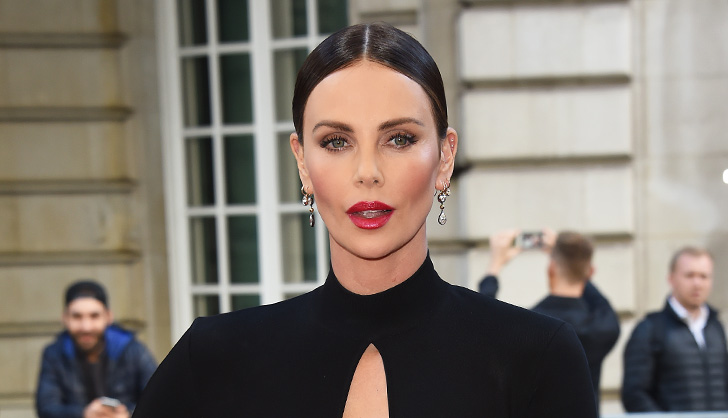 The glam somewhat resembles the actress’s character in Long Shot, which tells the story of an accomplished politician, Charlotte (Theron). When she meets a free-spirited journalist named Fred Flarsky (Seth Rogen), they soon realize that she was his former baby sitter. On a whim, Charlotte decides to run for presidency and hires Fred as her speechwriter, though her trusted advisers couldn’t be more against the decision.

BRB, going to paint our nails every shade of gray before heading to the movies.