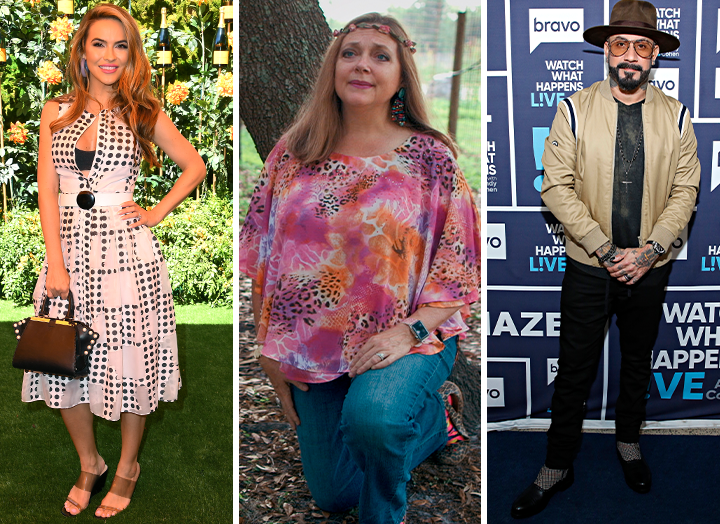 Dancing with the Stars is back with a new (and rather interesting) cast lineup.

ABC officially released the cast on Good Morning America, and it looks like Carole Baskin (yes, the Carole Baskin from the hit Netflix docuseries Tiger King) is swapping her flower crown for a flower gown. Baskin, along with Netflix’s Selling Sunset star Chrishell Stause, Chicago P.D. star Anne Heche and boyband heartthrob AJ McLean, are all joining the series for season 29. Sources even told E! News that ABC approached Dr. Anthony Fauci but he declined. (Imagine that.)

“The biggest thing for me is the longer my partner and I can stay in the running and in the competition it will keep the cats forefront in the viewers' eye, and to me that was where Tiger King missed the ball,” Baskin said according to People. “It really should have been focused on the animals and I’m hoping Dancing with the Stars will do that. I am competitive but I am competitive with myself. I want to do the very best that I can possibly do.”

Aside from this impressive lineup, and new host Tyra Banks taking the reigns, ABC has also released the professional dancers lineup with some familiar and new faces joining the team.

We’re so ready to tune in and see Baskin bust a move.