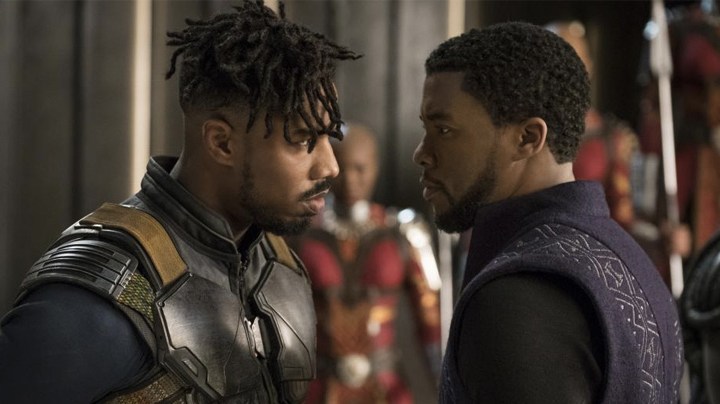 Looks like we don’t have to wait for the sequel to see more Blank Panther in theaters: Disney has announced the film will be returning to AMC theaters for the first week of February.

Why? Well to honor Black History Month, of course. And what better way to celebrate than to watch one of the biggest movies of 2018 free of charge? Yup, you read that correctly—free.

A total of 250 AMC locations throughout the country are providing two showings of the Marvel film a day, February 1 through February 7, absolutely free of charge. In addition, Disney will also give a $1.5 million grant to support the United Negro College Fund (UNCF) to help minority students access and move through college.

The big announcement came after Black Panther took home the SAG Award for Cast in a Motion Picture (so well deserved). Don’t forget the film was one of the most successful films in history, grossing more than $700 million in the United States alone.

“We’re proud to provide thousands of free screenings of Black Panther in hopes it will continue to inspire audiences, and to support UNCF with a $1.5 million grant to make the dream of higher education a reality for more students,” said Bob Iger, Disney’s chairman and chief executive officer.

Black Panther received seven Oscar noms just last week, so while this is a great way to promote Black History Month, it’s also a great way to keep the film in the spotlight.

It seems like just yesterday we were introduced to the world of Wakanda, and we are totally ready to go back.

Oscar Nominations 2019 Here’s Who Made the Cut