Did Michael B. Jordon Get His SAG Awards Red Carpet Inspo from Timothée Chalamet & Is This a Trend Now?

When Beautiful Boy actor Timothée Chalamet wore a bedazzled harness to the 2019 Golden Globes, our first thought was…Adam Rippon. The 23-year-old actor is certainly known for wearing unconventional menswear on the red carpet, but even a Louis Vuitton “bib” seemed like a stretch. (Love you, mean it, Timmy.)

Fast-forward three weeks to this year’s SAG Awards, where 31-year-old actor (and, ahem, SAG Award winner!) Michael B. Jordon (Black Panther) stepped out in a look we can only describe as…shockingly familiar. 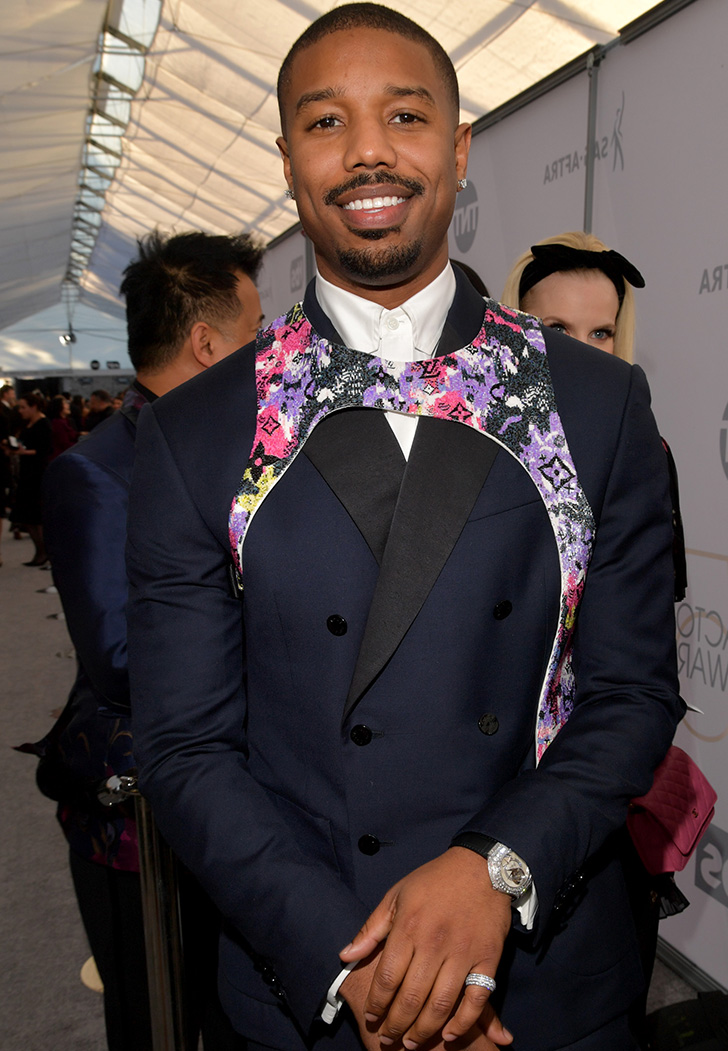 Yep, Jordan also wore a Louis Vuitton, uh, bib. This time the Virgil Abloh–designed harness featured a floral print with Louis Vuitton logos. Jordan opted to wear it over a double-breasted suit instead of just a button-down (à la Chalamet).

But FYI, Timothée wasn’t even the first to rock this look: Chadwick Boseman debuted Abloh’s design at the ESPYs in July 2018. Abloh himself has said he’s inspired by Michael Jackson, who famously wore a harness while performing at the 1993 Super Bowl. And before they were even considered fashionable, harnesses were a key look for the leather bar scene in queer culture. So you could say there’s a fair amount of fashion history involved.

And we have to say…we’re very into it.

Here’s How Timothée Chalamet Convinced Us His Boldest Red Carpet Looks Are, In Fact, Fashionable