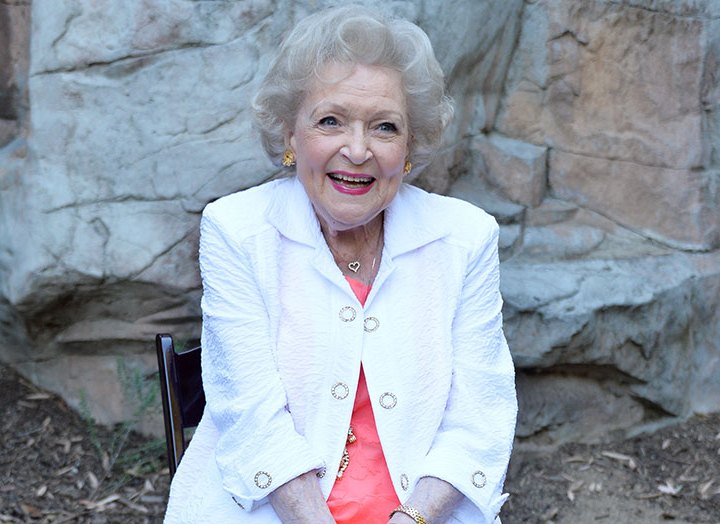 Our favorite Golden Girl is celebrating a near-milestone birthday in just two days, and she's not letting quarantine get in the way of her festivities.

The iconic Betty White revealed in an interview with Entertainment Tonight that she's planning to keep things pretty low-key this year. She said, "What am I doing for my birthday? Running a mile each morning has been curtailed by COVID, so I am working on getting The Pet Set re-released, and feeding the two ducks who come to visit me every day." Sounds like a plan!

For those who are unfamiliar with The Pet Set, it's a syndicated show from the '70s that was created by White. In the series, she discussed issues like wildlife preservation and pet care, while also inviting celebrities to come on the show with their own pets. Among those guest stars were Doris Day, Burt Reynolds, James Stewart and Mary Tyler Moore.

In honor of the show's 50th anniversary, The Pet Set is being released digitally and on DVD in February. In response to the good news, White said in a statement, "The Pet Set is one of my favorite shows. I’m thrilled it’s going to be seen again after all these years."

The Hollywood legend once joked that her secret to longevity was actually vodka and hot dogs (in that order), adding that it also helps to maintain a positive mindset. She told Parade, "Enjoy life. Accentuate the positive, not the negative. It sounds so trite, but a lot of people will pick out something to complain about, rather than say, ‘Hey, that was great!’ It’s not hard to find great stuff if you look."

Wise words from a true queen.

Stay up-to-date on the latest celebrity news by subscribing here.