Some may minimize The Golden Girls as a silly show about four old ladies. But the NBC series was a huge critical and commercial success. Over seven seasons, it racked up 68 Emmy nominations, 11 wins and ranked consistently as one of highest-rated programs during its run. Plus, the late Betty White practically stole every scene as the lovable Rose Nylund.

Looking back on the series in the 29 years since its finale, the show was surprisingly progressive. They took on issues of the time that are still relevant today—gay rights, aging, dying with dignity—in ways that felt real and relatable. So in honor of White, we're revisiting all the times the Girls really went there.

A ‘Golden Girls’ Cruise Is Coming 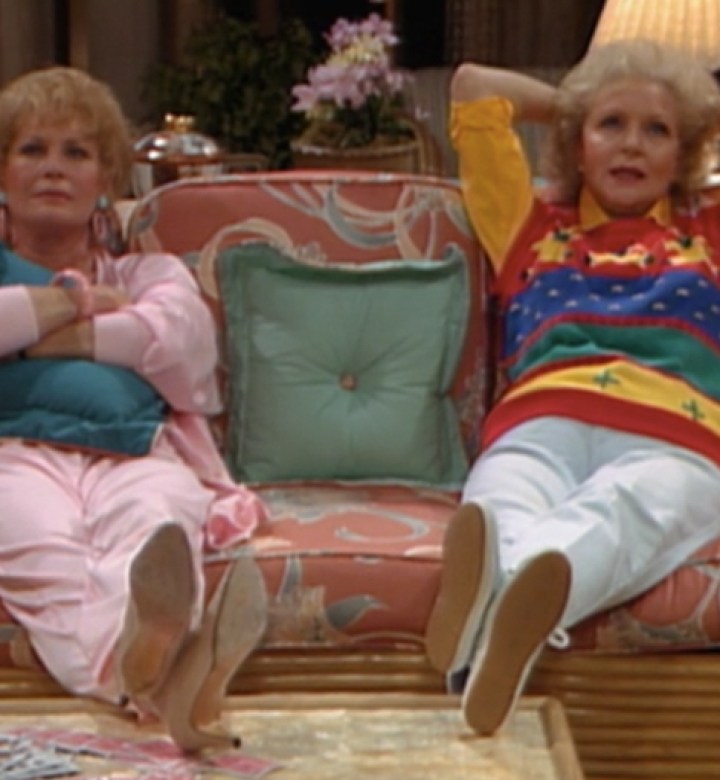 In season two episode five, “Isn’t It Romantic?” Dorothy’s lesbian friend Jean stays at the house and develops a crush on Rose (Betty White). Though it could have easily veered into offensive, slapstick territory—especially considering it originally aired in 1986—if any show could explore homosexuality in senior communities with humor and heart, it’s The Golden Girls. Rose eventually turns Jean down, but the episode remains one of the series’ funniest and most touching. 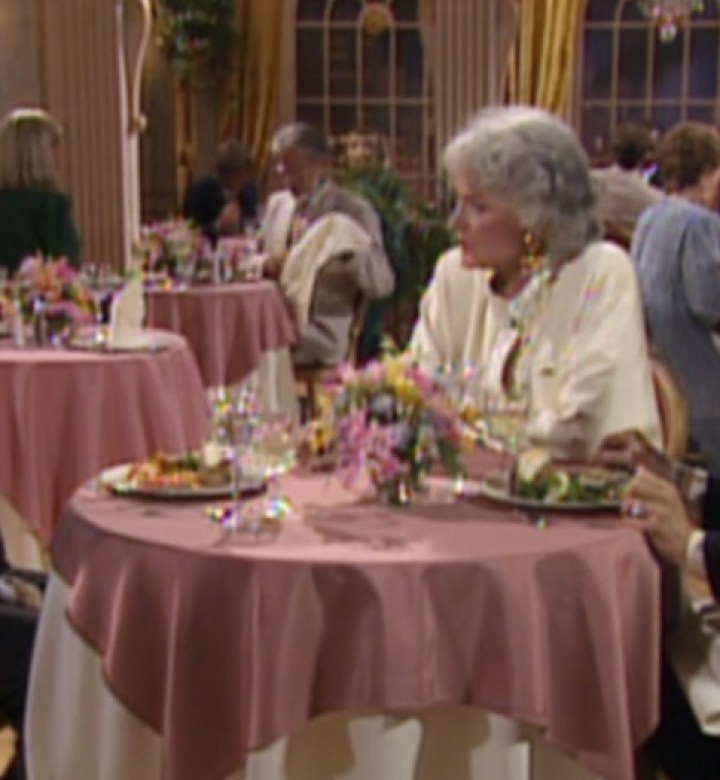 When Dorothy Confronts The Neurologist Who Gaslit Her

It’s a problem many women have experienced—doctors don’t believe them and/or think they’re being “hysterical.” In the two-part episode, “Sick and Tired,” Dorothy has been feeling ill for the last few months, but all of her doctors write it off as anxiety over aging. It’s not, though. Eventually, Dorothy gets a diagnosis of chronic fatigue syndrome, and when she bumps into the neurologist who told her she was crazy, she confronts him saying, “I came to you sick. Sick and scared. And you dismissed me.” Moral of the story? Do not come for Dorothy—she’ll drag you. 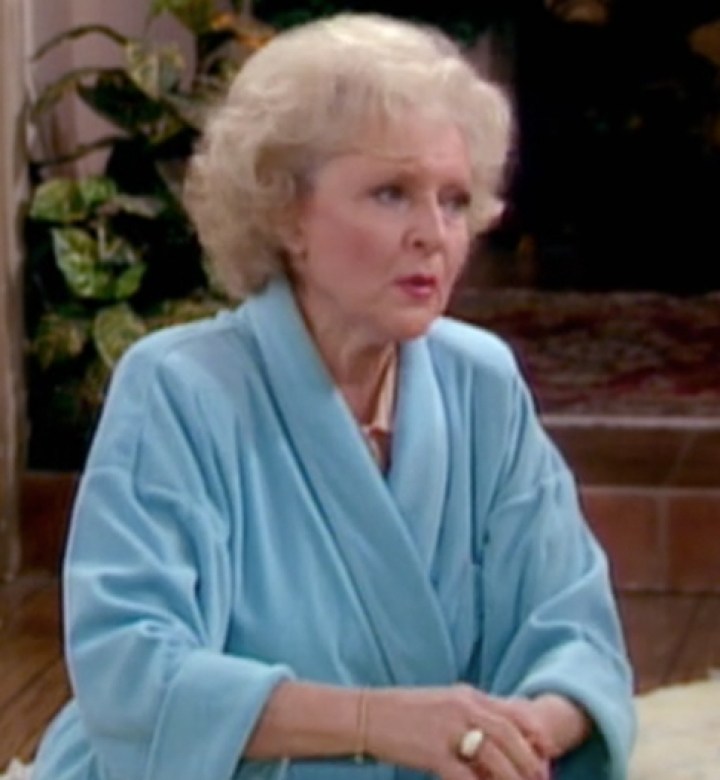 When Rose Gets Addicted To Painkillers

For a comedy about four old ladies, the show takes a serious swerve when in “High Anxiety,” Rose fights an addiction to painkillers. While the gals unite to help Rose stay off the meds, the episode doesn’t land on such an easy, false solution (like some other sitcoms we know). Instead, Rose goes to rehab and learns that this will be an ongoing struggle in her life. 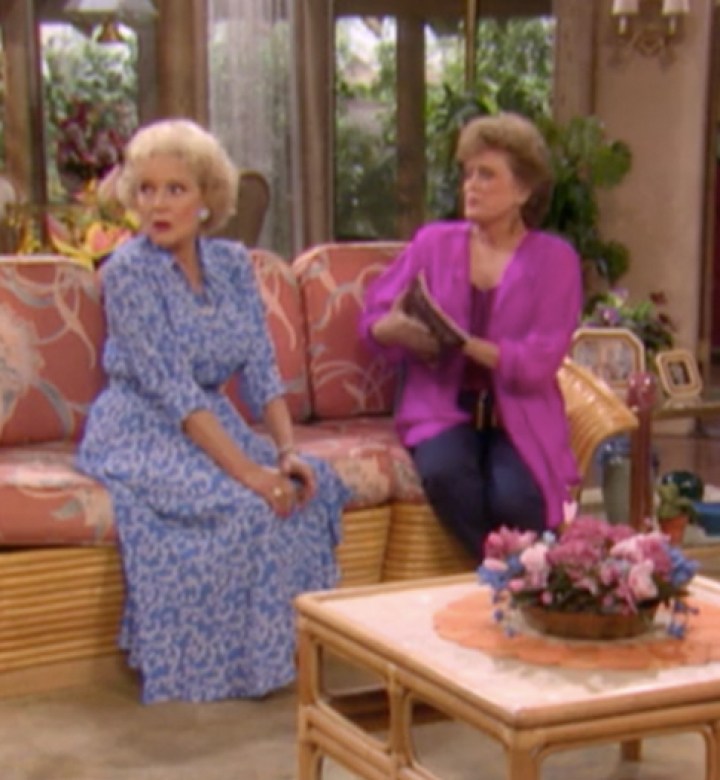 When Blanche Loses The Title Of ‘biggest Slut’ To Rose

The Golden Girls was revolutionary in how it showed the full lives of older women on television—no, they don’t just sit home all day and knit. Some of them engage in…sex! So, when Blanche, the “Samantha” of The Golden Girls, learns in “Old Boyfriends” that Rose had been with 56 lovers in one year, she was astonished to have her title taken away. In the words of Dorothy to Blanche: “The slut is dead!” OK, we’re not sure how this scene would fare on TV in 2019, but we love how the girls talk openly—and unapologetically—about their sex lives. 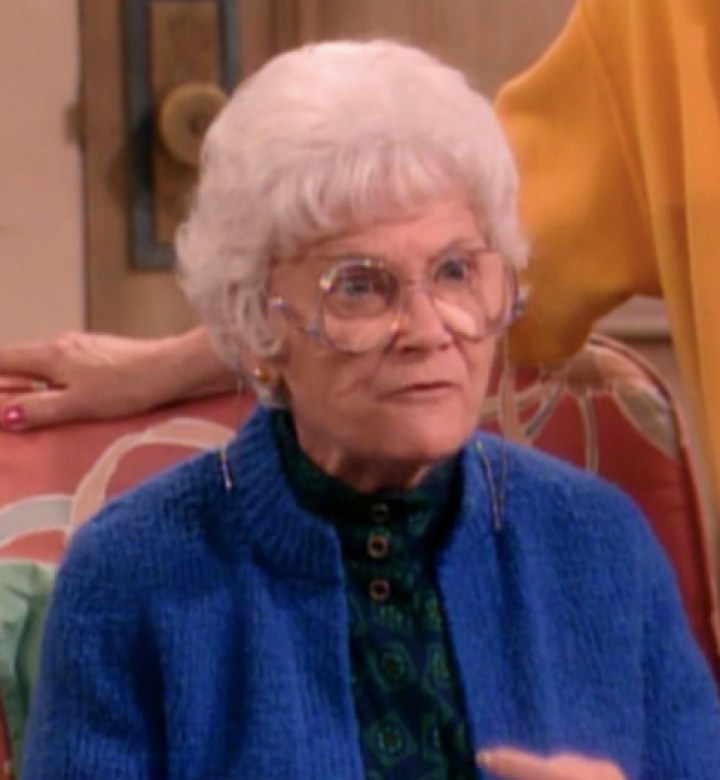 When Sophia Breaks Down Over Her Son’s Death

When Sophia’s son (Dorothy’s brother) Phil, dies, things are tense. She’s angry and mean, but doesn’t shed a tear. So, when the ladies finally sit Sophia down to reconcile with Phil’s widow, Sophia lets her wall down: Overwhelmed with shame that her son was a cross-dresser, Sophia wonders aloud what she did wrong as a mother. Of course, we know that she did nothing wrong, and that Phil was a wonderful person, husband and father—but it’s another highly layered storyline that proves that The Golden Girls was not afraid to address the tough stuff. 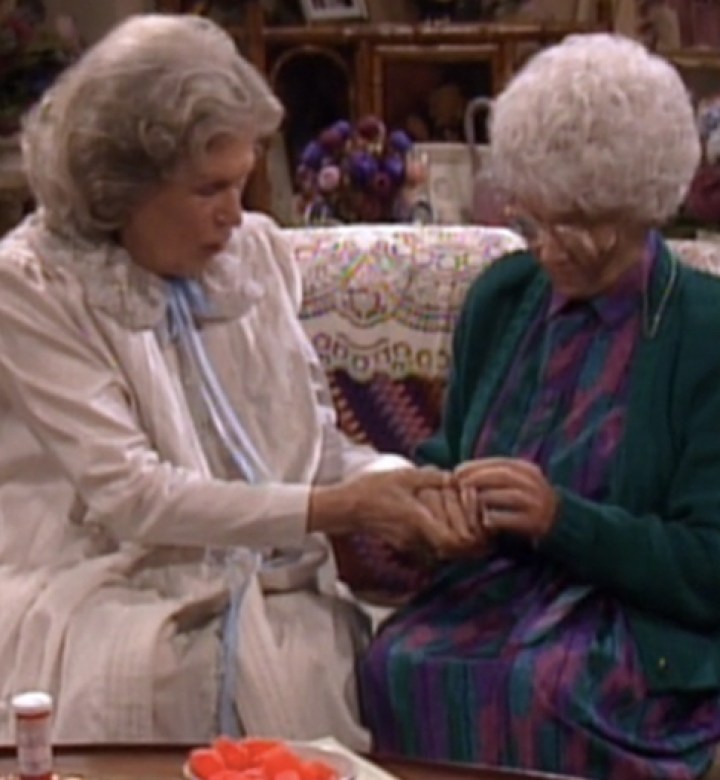 In “Not Another Monday,” Sophia’s dear friend Martha Lamont is tired of the physical pain and suffering and wants to end her life. Not only that, but she wants Sophia to be there when it happens. As Martha is literally counting pills and giving Sophia orders, Sophia switches gears and convinces her friend not to do it, telling her, “You’re not as ready to die as you think you are! You still wanna to live, kid!” It’s a tearjerker moment that sheds light on the depression and mental well-being of seniors. 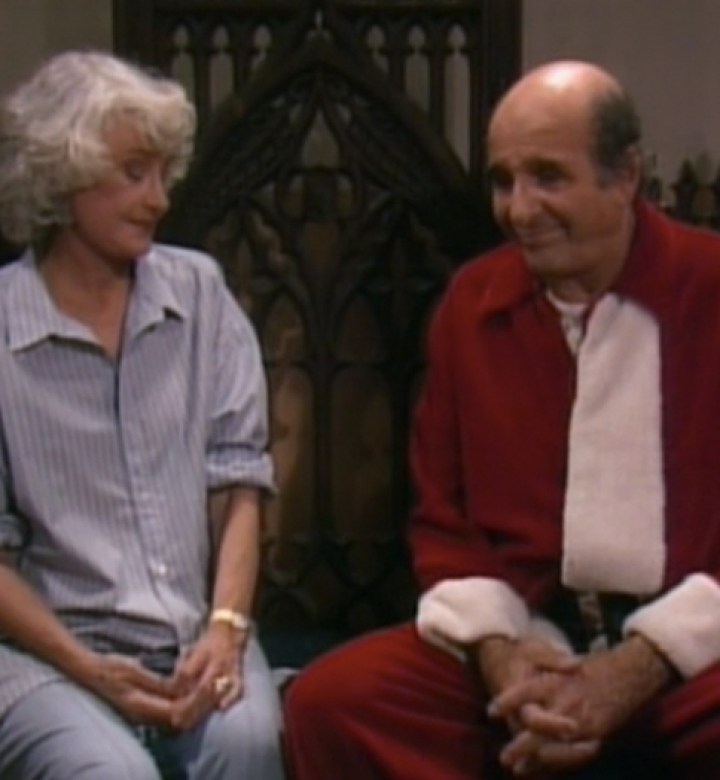 When Dorothy Discovers Her Ex-husband Is Homeless

When the ladies volunteer at a homeless shelter in “Have Yourself a Very Little Christmas,” they are shocked to see Stan, Dorothy’s ex, as one of the people in need. The reverend running the program explains that this doesn’t mean Stan was irresponsible or bad, but with rents increasing and minimum wage staying the same, many people are a couple paychecks away from living on the streets. It’s a moment that highlights the truth about poverty without making it the butt of the joke. 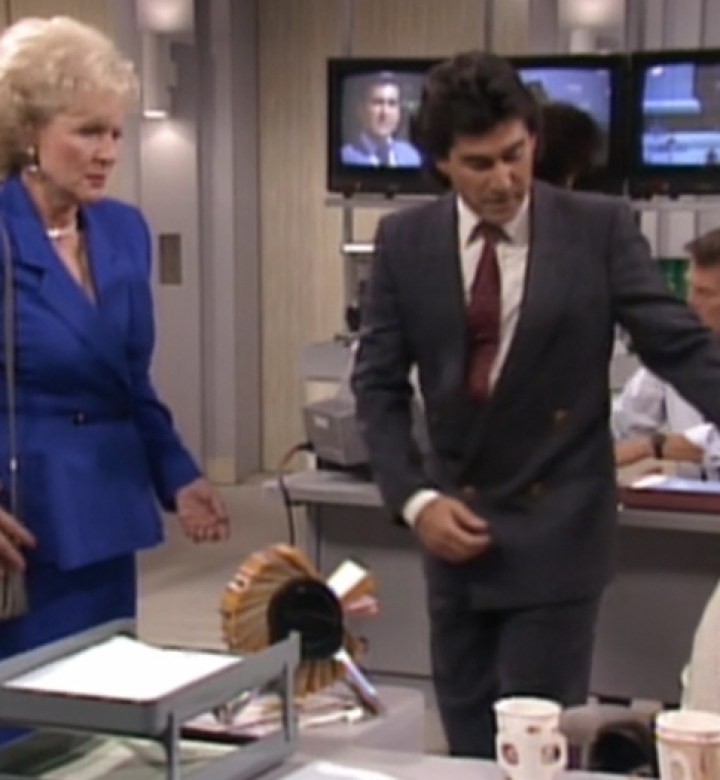 Cut off from her late husband’s pension plan in “Rose Fights Back,” Rose must find a new job. But, faced with ageism at every corner, Rose doesn’t get hired immediately and she’s not able to make rent—even the age discrimination attorney she turns to says he wouldn’t hire her. The ordeal opens Rose’s eyes—she’s passed judgment on women her age sifting through trash bins before. The episode sheds light on the very real challenge of supporting oneself in the next phase of life. 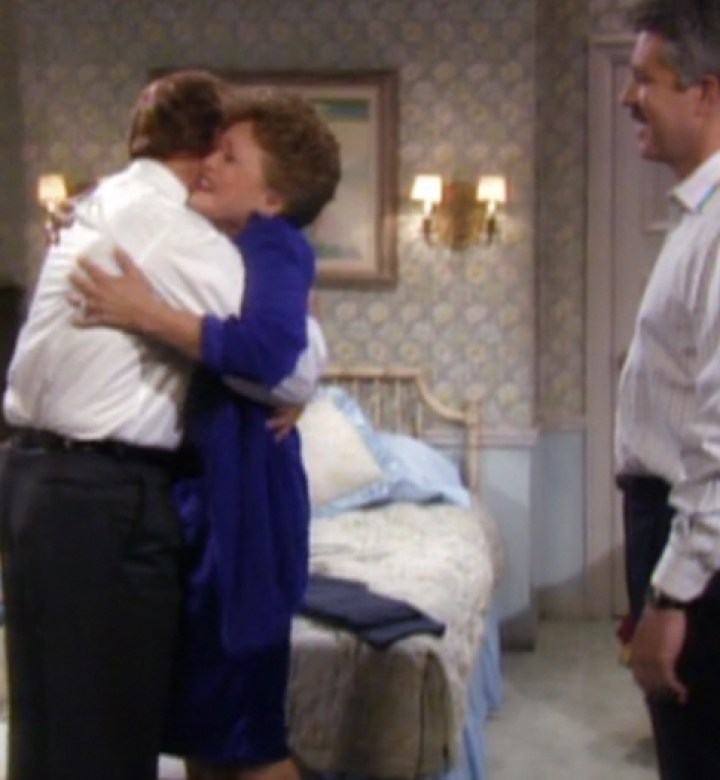 When Blanche Comes To Terms With Her Brother’s Gay Marriage

In “Sisters of the Bride,” Blanche’s brother Clayton visits the Girls and announces he’s getting married to his partner. Blanche has accepted his sexuality, but she wonders why he has to make such a big thing about getting married. It’s Sophia who reminds Blanche that “Everyone wants someone to grow old with, and shouldn’t everyone have that chance?”

When The girls Tackle Aids

In the 1990 episode “72 Hours,” Rose fears she might have contracted AIDS from a blood transfusion in an emergency gallbladder surgery. In her emotional monologue to Blanche, Rose wonders why she would get this terrible disease and not Blanche, who sleeps around so much more. But Blanche quickly knocks Rose down a notch telling her, “AIDS is not a bad person’s disease, Rose. It is not God punishing people for their sins.” It’s a scene that’s somehow truthful, funny and incredibly poignant commentary for the time.

Betty White Through the Ages