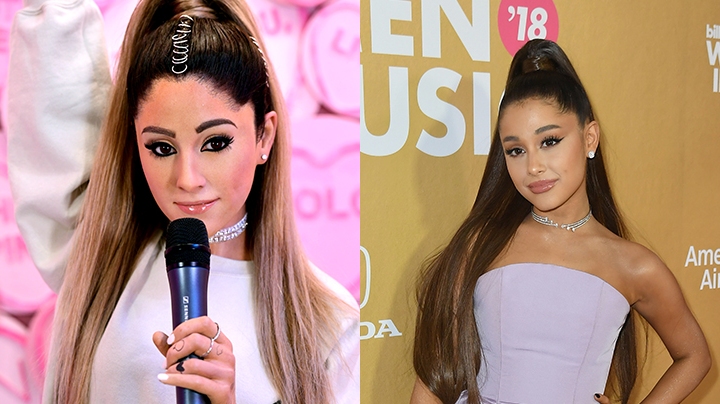 Ariana Grande's wax figure was just revealed by Madame Tussauds in London, and on a scale of one to ten in likeness, it's about a…two, if we're being generous.

So of course the Grammy-winning singer had something to say.

Grande, 25, responded to an Instagram of the figure's reveal, saying succinctly, "I just wanna talk." It appears she's as confused as everyone else is. When the wax museum posted a photo to their Twitter account last week, they said, "You chose Classic Ari! Now we have her style nailed." That's a pretty bold statement by Ms. Tussaud.

To be honest, they did an OK job with her actual style. The statue is wearing a high ponytail, thigh-high boots and a pink sweatshirt, which is pretty on point for Grande herself. But the face is modestly terrifying, as most wax figures tend to be. And the internet has gotten a good laugh out of the mishap, naturally.

All we need now is a side-by-side selfie with the pop star herself to drive the point home. But hey, it could be worse. It could be Ben Affleck.

See How Ariana Grande Responded to Her First Grammys Win