Abbi Jacobson just had quite the eventful weekend. Not only did she and her partner, Jodi Balfour, make their red carpet debut as a couple at the Los Angeles premiere of A League of Their Own (a show which Jacobson created and stars in, BTW), but while at the event, Jacobson also revealed that she and Balfour are engaged to be married. 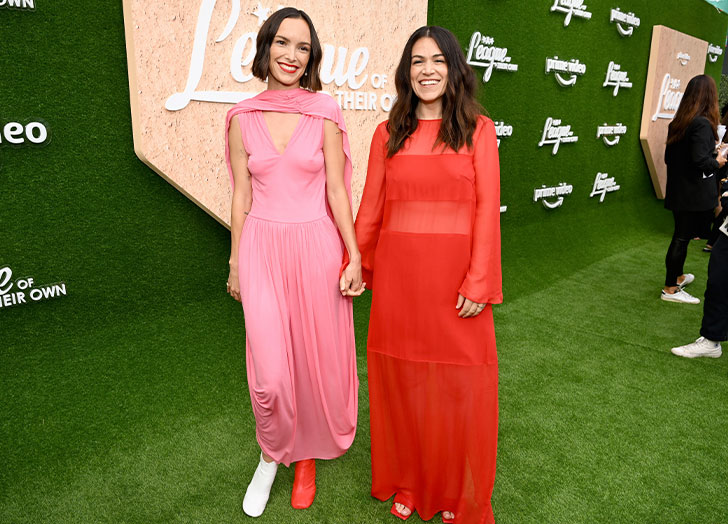 Other ﻿League ﻿co-stars shared their excitement for Jacobson, like ﻿The Good Place ﻿actress (and Jacobson's longtime friend) D'Arcy Carden, who said, “It's out. It's great. We're so happy. We love [Jodi].”

This was the first time Jacobson and Balfour have walked the red carpet together and they made a splash as they held hands and laughed together for pictures.

The Broad City alum opted for a red, sheer gown with a matching bandeau and mini skirt layered underneath. Meanwhile, Balfour chose a bubblegum pink dress adorned with a matching cape, and she chose one white boot and one red one, which coordinated with Jacobson's outfit.

The pair have been together since the fall of 2020, which Jacobson revealed last October with an Instagram post (seen above), where she wrote, “One year with this incredible human. Don’t know how I got so lucky.”

Balfour is also an actress, having appeared in shows like Bomb Girls, True Detective, For All Mankind and more.

Congrats to Abbi and Jodi!