Are Fortified Cereals Healthy? We Asked a Nutritionist for the Scoop 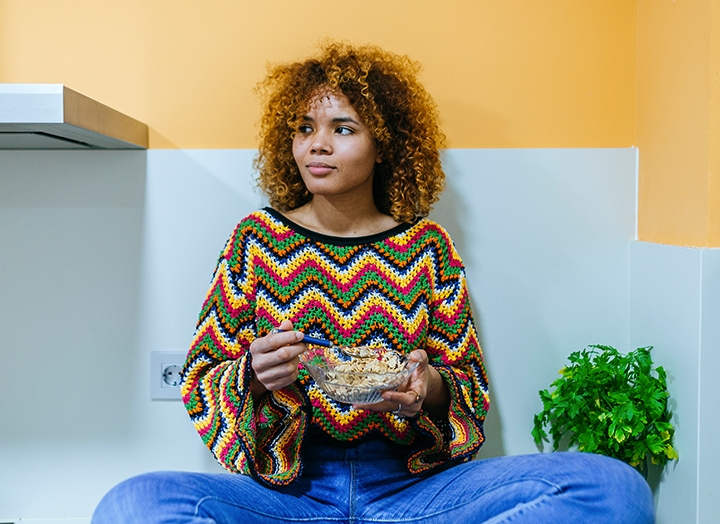 You’re adamant about keeping sugary cereals out of your kids’ bowls and instead only bring home breakfast grains that boast lots of vitamins and minerals on the box: fortified cereals. But does that really mean they’re healthy? We spoke to Dr. Felicia Stoler, DCN, a registered dietitian, nutritionist and exercise physiologist, to find out the truth.

What Are Fortified Cereals?

All fortified foods contain vitamins and minerals that are manually added rather than naturally occurring. “Fortification came about in the last century as a way of ensuring that illnesses associated with vitamin deficiency were avoided,” says Stoler. “Fortification went into foods that are considered ‘staples’ and were affordable for most people.” That’s why products that are commonly fortified include essentials like cereal, grains, baby formula, milk and juice. Most fortified cereals are pre-packaged and ready to enjoy cold, but you can also find fortified oatmeal and hot cereal at the supermarket.

Any ready-to-eat cereals that list a whole grain as their first ingredient must also be fortified unless the cereal is 100 percent whole grain, according to the USDA. “All wheat derived foods [in the U.S.] are fortified with B vitamins, folic acid and more,” says Stoler. So, while milk and juice are most commonly fortified with calcium and vitamin D in the U.S. (hooray for strong bones and teeth), fortified cereals contain a slew of additional vitamins and minerals.

The difference can be significant. For instance, a cup of cereal made with standard wheat meets about 10 percent of your daily recommended iron. The same amount of cereal made with fortified wheat can easily cover 100 percent of your daily iron intake, containing as much as 40 mg per cup. Here are some common fortifiers, plus why they’re good for you:

“Fortified cereals can be part of a healthy diet,” says Stoler. If you don’t take a multivitamin every day or eat a well-balanced diet, fortified cereal is an easy way to get your daily recommended vitamin and mineral counts up. They can also be especially beneficial to pregnant women, kids and vegetarians. “Almost all cereals are fortified, so the question of ‘healthy’ becomes one of choice. What do you look for on a food label? For me, I look at calories and fiber.”

So, it really depends on the cereal. Some lack real nutrition or contain a ton of sugar or fat (we’re looking at you, beloved Cap’n Crunch). The healthiest fortified cereals are those made from whole grains that also have high fiber and protein. Lots of fiber and/or protein for breakfast = feeling satisfied until lunch. How much fiber should you aim for? “I recommend having cereal with at least 4 to 5 grams of fiber per serving,” says Stoler.

The Potential Downsides of Fortified Cereals

While there are perks to eating fortified cereals, it’s technically possible to consume too many vitamins and minerals. But according to the Cleveland Clinic, it’s not something to stress about. An upset stomach is a potential short-term consequence of eating too many vitamins and minerals; long-term, consequences of excessive consumption (namely of vitamin A, niacin and zinc) include liver and skeletal damage and a weakened immune system. If you’re worried, take your diet into consideration. If its balanced enough, you might be able to skip your supplements or multivitamin altogether and lower your risk for overdoing it with a fortified cereal.

But if you steer clear of cereal just because of the carbs, you may want to reconsider. “Too many people get hung up on carbs or added sugar,” says Stoler. “Cereals are from grains, which means they will have carbs, which equals grams of carbs and sugar on the label.” So, don’t make yourself nuts dodging carbs or sugar when it comes to fortified cereals (unless you’re on keto or another low-carb diet); just try to find a high-fiber cereal with less sugar that you actually enjoy eating. (BTW, the American Heart Association recommends that women limit their daily sugar intake to six teaspoons and men to nine teaspoons a day, or about 25 and 36 grams respectively…which isn’t much when you take into consideration that a can of soda has eight.) Oh, and it won’t kill you (or, ahem, us) to occasionally measure out cereal according to its recommended serving size instead of filling the bowl to the top.

“In all fairness, between Kellogg's, Post and General Mills, they all make some that might be considered healthier than others,” says Stoler. In other words, you have plenty of options at the grocery store and you won’t have to search too hard to find them. You just need to know where to look and what to look for (i.e., more fiber, less sugar). Pro tip: Look up when you shop. “I do suggest looking on the top two shelves in the supermarket. That’s where the healthier cereals sit on the shelf.”

Here are 12 healthy cereals to add to your shopping list: