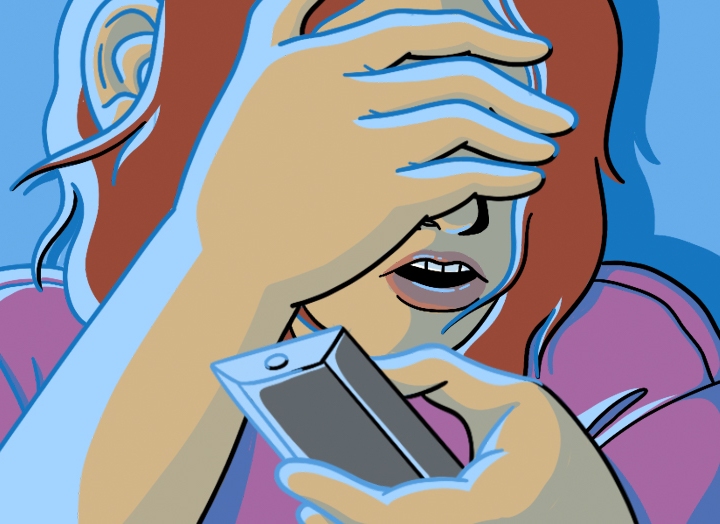 In Untamed, author and mother of three Glennon Doyle describes her experience watching a reality show about a survivalist who is lost and alone in the wilderness. “Our Survivorman has not eaten for days. He is also out of water. My superpower is empathy, which means that I am often unable to distinguish between what is happening to other people and what is happening to me. So, when my wife walks into the family room, she finds me curled up in a ball beneath a blanket, slowly dying from malnutrition and thirst.”

This is exactly how I feel about prestige tv shows featuring mothers and/or children in peril. After binge-watching The Undoing, I felt like I was coming undone—so haunted was I by scenes of a young mother’s murder that critics have called “as sickening as television gets.” It did not help that the still-nursing woman’s brutalized-beyond-recognition body was discovered by her 4th grade son. (I have a 4th grade son.) But it wasn’t just that show. I had the same visceral reaction to Mare of Easttown—yet another acclaimed series that kicks off with a murdered young mother. After watching episode one, I furiously googled finale recaps to find out whodunit, just so I could sleep. Even then, my spiraling thoughts included: Who will feed the suddenly orphaned (fictional) baby his (nonexistent) formula?? Certainly not his father’s horrendous new girlfriend! That baby actor’s onscreen cries felt like daggers in my brain. So much for basking in the glow of TV’s golden age.

If I sound slightly hysterical, that’s because I definitely am.

“First of all, I’ve seen this phenomenon over and over and of course experienced it myself as a mom,” says Dr. Aviva Romm, M.D, author of Hormone Intelligence. “For one, [domestic violence and abuse] should be disturbing to human beings.” And when we become mothers, “there’s a certain level of human awareness that expands. Anything that could potentially be a threat to your children is a trigger.” Even though my rational brain knows that that crying baby has his SAG card, my body and brain are reacting, instinctively, in a very real way, experts say. That’s because as mothers, we are flooded with Oxytocin. We think of this as the love hormone, but it also imbues us with other sorts of superpowers. “Oxytocin makes us much more aware of the facial expressions of other people, and more sensitive to our connection with them,” says Dr. Romm. “We actually are more triggered by distress; we feel it more acutely.” That explains why my husband was calmy critiquing Kate Winslet’s Pennsylvania accent while I wanted to eat my own fist.

“Most of us who have children know that a baby could be screaming and our husbands are totally oblivious, and we’re hitting the ceiling because we’re so stressed out by that sound,” says Dr. Romm. When we perceive this upset, “Our cortisol goes up. We become more primed to be aware of danger. And we personalize it more, naturally, because we sense the risk to our children.” Media Psychologist Dr. Pamela Rutledge agrees: “In motherhood, you become more sensitive to the stressful emotions that challenge your ability to keep your world safe. You do rewire. And our brains have a very hard time differentiating between what’s happening in real life, the presence that we feel, and what is on media. We react physically as if this stuff is real.” That’s why horror movies are so exciting (or so I’ve heard). In this context, it seems less crazy to run screaming from the trailer for “Bird Box.”

I’m surely not alone in finding depictions of a mother’s worst nightmare less than entertaining? But it wasn’t always this way. I am not, by nature, a pearl-clutching prude. Before kids, I would regularly fall asleep to The Sopranos. I found the predictable story arcs of Law & Order: SVU strangely soothing. I could eat an entire pizza while watching a Quentin Tarantino bloodbath. Now I can’t even listen to a friend talk about Room. (I should probably just avoid Oscar winners altogether.) This shift, it turns out, has everything to do with maternal neuroscience. If you are a mom and an empath (a mompath?) and can relate, you should know that this new, ‘sensitivity on steroids’ skillset you’ve acquired is more than likely a permanent fixture.  The physiological metamorphosis a woman goes through to become a mother—known as matrescence—tinkers with the very structure of [the] brain” and “ultimately shifts our brain architecture.”

Apparently, in my newly renovated mental living room, there is only space for Judd Apatow. Of course, there are clearly millions of people—many of them surely mothers—who can enjoy Murder on Middle Beach while nursing a newborn or happily watch The Staircase while folding toddler socks. To each her own. “People have different levels of tolerance for stress,” says Dr. Rutledge. “My family knows that I don’t watch any kind of movie where something bad happens to children or animals. Kill all the adults you want. But don’t put children or animals in peril. It’s because you have that enhanced protective instinct and you don’t want that activated. Especially when you have small children, you worry all the time that something is going to happen to your kids. So why do you want to spend an hour and a half worrying about something happening to a kid?” To be a mother is to forevermore sleep with one eye open. “You’re starting from a much higher baseline of anxiety. Unless you’re somebody who likes stimulation, it’s going to be more unpleasant than it is pleasant. The question is whether or not you want to tolerate the ride.”

Of course, none of this is really about tv. It’s about escapism. The desire to shut down the incessant worry about global crises, Covid numbers, never-ending to-do lists—the mental load. To sink into someone else’s life when everything in our own feels too heavy. I’ll just have to find a way to do it without Nicole Kidman. As for the eternal maternal vigilance? “Honestly, it never stops,” says Dr. Romm, whose kids are all adults now. Her advice for self-soothing? “There has to be a certain amount of surrender. You actually cannot protect your children from everything. And the worst thing to do is make your children afraid of everything by overprotecting and over-worrying. The reality of motherhood is we are always going to have our hearts on our sleeve. The best thing you can do is learn to manage the anxiety without becoming paralyzed by it.” She suggests mediation, journaling, breathing exercises, talking to other moms. I will consider that.

And in the meantime, at least I have cult shows.

The #1 Parenting Mistake, According to Emily Oster (Plus Her Predictions for the 2021 School Year)﻿﻿﻿

family
by Lindsay Champion
40 Amazing Gifts for New Moms (That Are for Her, Not the Baby)
family
by Dana Dickey
The 16 Best Gifts from Etsy to Win the Unique Present Award 
family
by Emma Singer
5 Things a Child Welfare Advocate Wants You to Know About Foster Care 
family
by Dr. Christina Johns
Ask a Pediatrician: With the Flu, RSV and COVID Circulating, Should I Let My Kid Do Indoor Activities Right Now?
family
by Dana Dickey
The 40 Best Gifts for Tweens That Aren't Cringe
family
by Sarah Ashley
Our Favorite Pieces of Pet-Friendly Furniture That Hide Fur and Hold Up to Claws