Why Is the Class Parent Always a Mom? 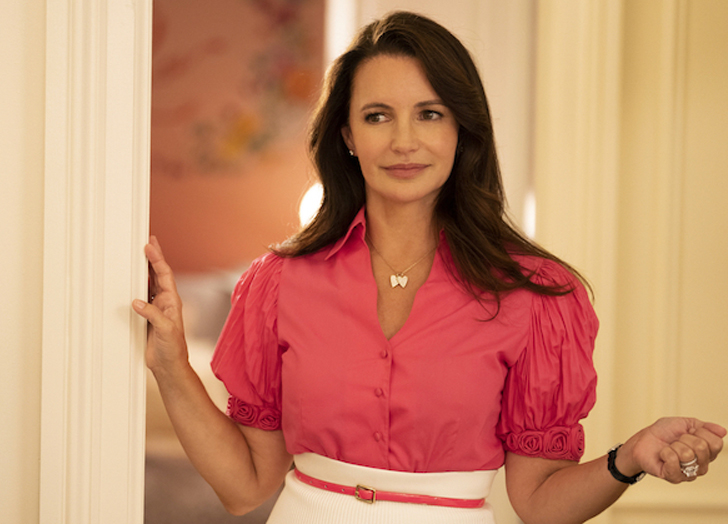 Last year, when Angela, a journalist in San Francisco, was Class Mom at her six-year-old son’s school, she attended a Parents Association meeting where something extraordinary happened: A Class Dad walked in. And then, because of course it did, the room broke out into applause. “I couldn’t believe it,” Angela says. “It was a room full of mothers doing all the volunteer work, but we are so culturally conditioned to just assuming that only women take this on, that we were throwing a ticker tape parade for the only man there. I give a lot of credit to that dad, but it points to the whole problem with our Class Parent charade—the universal assumption that only moms do it.”

I have been involved in my children’s schools for the better part of a decade. I have yet to meet a Class Dad. PTA moms? Emergency contact form moms? Need someone to oversee remote learning? Stay home during quarantine or illness or snow days? Coordinate playdates? (But not on the playground; those are closed. And not at your house either. That’s not safe.) Advocate for in-classroom supports or services? Make sure the nurse has the epi pen? Book the medical and dental appointments? Spend hours on hold with the insurance company, attempting to claw back reimbursement for those appointments? Research, budget and schedule the extracurricular activities (outdoors, if you can find them, before they fill up)? What about the carpools? Just kidding. We’re back to no carpools. Sign the waiver? Fill out the registration form? Pay the camp? Plan the birthday party? Cancel it due to Covid, soothe the ensuing heartbreak, reschedule. Rinse. Repeat. Pack the lunch? Source, vet and hire reliable childcare? Good luck with that one, but still…

For a recent survey conducted by the University of Chicago Harris School of Public Policy, parents were asked how much they “take part in a child’s educational activities,” compared to their partners. 61% of mothers report, “I do all or most of it,” while just 14% of fathers say the same. Being Class Mom is just one more agenda item atop the pile of unseen, unpaid emotional and practical labor that mothers perform, as has been well covered. Which is not the same thing as saying it has no value. We can think of few worthier acts than volunteering in your child’s school. But it should be voluntary, not a foregone conclusion that Mom will do it instead of Dad.

When the pandemic pushed millions of women out of the workforce and simultaneously obliterated our limited childcare options, being Class Mom (or homeschooling mom or pod mom) began to feel, for some women, inevitable rather than chosen—emblematic of an identity forced upon us and crushingly set in stone. Of the recent mass maternal exodus from professional life into uncompensated, invisible domestic labor, author Lyz Lenz wrote in TIME, “Society will call it a choice, when in reality, it’s a failure of the system.”

Speaking to mothers all over the country, resentment rang out from sea to shining sea. One Brooklyn-based corporate executive mentioned 3 AM night sweats worrying she’d forget to sign her kids up for gymnastics, then days spent soliciting twenty-five teacher gift donations in between meetings. (In the weeks since we spoke, it’s a safe bet that gymnastics class shut down.) Mom rage is bubbling over and singeing everyone: Not only fathers for leaving us forever holding the (teacher holiday gift) bag, but also, less conveniently, other moms. Those of us who can’t manage any significant level of classroom involvement often feel shame and self-loathing when we compare ourselves to women who somehow can. And so we resent them too.

“One admittedly cynical perspective on this issue—at least in my affluent community— is that the ubiquity of Class Moms, versus Class Dads, is due to the number of stay-at-home mothers who are looking for a way to be involved with their kids' schools and have sufficient time and privilege that they can work for free," says Joan, a mother of two in the New York suburbs, who works full-time outside the home. "I think the role of Class Mom helps these women feel justified in their decision to stay home 'for their kids.’” A rebuttal comes from Sofia, a full-time attorney and mom from Long Island: “I feel like in our town, it’s often the working moms who do it out of guilt for not being involved enough in their kids’ day-to-day lives.”

So Where Are the Dads?

It’s too easy to paper over societal failures with condescending labels like “mommy wars.” Infighting offers no solutions. Instead, we may make more progress if we focus on dads. Shouldn’t this matter to them, too? “These dads have sons and daughters,” says Angela (the San Francisco mom from the applauding PTA). “Don't they want to model for their kids that fathers are involved with their schools? Don't they want to show that this kind of work is meaningful? I think more dads would consider volunteering if it were more culturally the norm, and they wouldn't feel like the outlier doing it.” This isn’t about stuffing gift bags; it’s about what we are free to do with our time. “During this bleak period in the US, I have honestly wondered, would we be able to fight harder to preserve women's rights if we weren't all chained to these damn class parent spreadsheets and organizing the cookie drives and whatnot?”

If the repercussions of inequity are being felt at home, then maybe that’s where the revolution should begin. Maybe the way we recruit more Class Dads is by directly asking our partners to become them. Fathers should do more to parent loudly at work, demand paid family leave, and just generally step the hell up. So why don’t they? According to the University of Chicago study, "Mothers are more likely to say they perform more of the household responsibilities, while fathers are more likely to say they share the responsibilities equally." Equally? Are they serious? This speaks to a shocking difference in perception. Is it willful blindness on the part of fathers to insist they share the work of parenting equally, when the research clearly does not bear this out? Is it possible there are no Class Dads because they don't even realize it's a thing that needs to be done? If so, we should tell them. Again.

In All the Rage: Mothers, Fathers and the Myth of Equal Partnership psychologist and journalist Darcy Lockman wrote, way back in the before times of 2016: “The husbands I knew, my own included, were engaged in myriad ways with their children—nothing like the retro stereotype of the guy who rarely left the office and refused to wipe a tiny dirty ass. But once they’d outpaced Don Draper in the annals of fatherhood, these men seemed content to retreat to their beds with their phones.” It’s 2022. If the dumpster is on fire, it is no longer safe to assume some mom will come along and put it out. We can openly question—at home, within our own marriages—why everyone so readily slips into retrograde gender roles when it comes to these "extra" but not optional parenting obligations. We can ask our partners why they think this structure is so chokingly pervasive. And then we can ask them what they plan to do about it. We can make a goddamn list of our responsibilities and insist they take at least three things off our plates.

How We Do This Better

Mothers are routinely admonished for martyring ourselves. We are chastised for somehow allowing ourselves to be turned into the human equivalent of The Giving Tree. But if we don’t, who will step in to fill the void? Our kids are suffering during this pandemic. “In 2021, Americans learned their school system was crucial infrastructure that had to be systematically rebuilt,” writes Claire Bond Potter, a History professor at The New School for Social Research. We desperately need to try to improve our children’s school experience—for as long as there IS school—however we can. And given the current climate, supporting teachers feels like a moral obligation as well as a logistical one.

But then again, who wants to model for our kids that a girl’s lot in life is to end up a stump? “That perfect mother isn’t a healthy model for children either, because she’s so self-depriving,” writes reproductive psychiatrist Alexandra Sacks, MD. If taking on one more thing is too much, then it is right to opt out. Don’t sign up to be the Class Mom or the Office Mom or any other type of mom, other than the one your kids need at home. Embrace the notion of being the “good enough” mother like it’s the last Binax Now test at CVS.

If you DO decide to be Class Mom, you might shift the way you think about the job. Instead of a drain, it’s an opportunity to improve your kids’ lives, to invest in their community. “As mothers, we are conditioned to self-sacrifice,” Ellen, a lawyer-turned-entrepreneur and mom of three from New England, writes in an email. “It's our human nature to put our children above ourselves. Our society underscores that the responsibility of caretaking is placed squarely on us. See, for example, paid parental leave policies, the gender pay gap or lagging leadership promotions for women. Fathers, as loving as they may be, do not feel the same intrinsic and extrinsic pressures to take on the unpaid work associated with raising a family. This creates an unbalanced parenting dynamic. Societies that are seeing improvements on this front have taken concrete steps to level the playing field by giving dads more time off (Sweden), providing women with more support to return to the workforce (Germany), and instituting government subsidized childcare (Denmark, Canada). Are we too divided as a country to agree that everyone benefits when families get support? Are American men so defined by professional success that they too can't step back and enjoy the rewards of staying home with their kids? Aside from amending public policy around the issue, we need to collectively reframe the narrative around childcare, so that it's seen as a privilege to care for your family rather than a burden.” We could try looking at it that way, if only to save our own sanity.

And unlike, say, keeping your house immaculate or enrolling your kids in the “best” tennis class, evidence clearly shows kids benefit when parents are involved in their schools. But parents benefit too. We gain positive influence over our children’s lives. We get to know their friends. We connect with their teachers. That’s a certain kind of power. Being a force for good in a child’s education is an opportunity we should not undervalue or overlook. With public education on shaky ground, with the prospect of remote learning looming depressingly over every day, when the act of going to school itself feels like a tenuous gift and not a guarantee, kids need Class Parents more than ever. If we do step into this role, we should try owning it for all it’s worth. But in an ideal world, we would share it.