The Cold, Hard Truth: This Is What Your Dog Actually Thinks About You, According to Science 

Without that pesky language barrier, we’d talk with our dogs constantly. Or…would we? It’s possible that part of what makes our relationships with dogs so special is that despite our incredible differences, we’re highly compatible. Dog owners increasingly see their pups as family members, not pets. In fact, the phrase “dog owner” feels uncomfortable to some. We’re more like guardians, friends, parents. If they could speak, dogs would probably call us pack members. They’d tell us how predictable our habits are and, according to zoologist Jules Howard, how much they love us. Howard, a wildlife expert and science writer, discusses the dog brain in his new book, Wonderdog: The Science of Dogs and Their Unique Friendship with Humans. Based on Howard’s in-depth research, we’ve made some educated guesses as to what your dog actually thinks about you.

The 7 Dog Breed Groups, Explained (So You Can Know Your Pup’s Secret Powers) 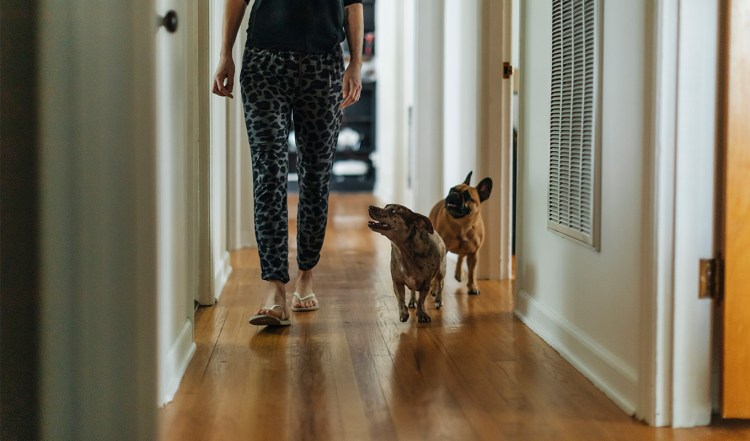 Domesticated dogs thrive on routine. This isn’t new. And actually, it doesn’t just apply to dogs living with people. Howard says village dogs—the phrase he uses for groups of strays or street dogs around the world—are adept at observing the habits of locals. As a young traveling zoologist, Howard recalls, “Each day, [the village dogs] would come to appear at the same times, making approaches in predictable ways.” Thousands of years ago, the first domesticated dogs became attached to humans by following our routines (and eating our scraps).

Today, Howard said his own dog, Oz, is more in tune with him than anyone. Oz knows where Howard is in the house at any given time. “He could tell you how to read my quick, barely noticeable body movements,” Howard writes. Dogs pick up on our unconscious behaviors as a way to interpret the environment. They can tell when we’re preparing for playtime and enjoy having a routine to follow.

Fun fact: Howard discusses a study that showed dogs can tell the difference between “naughty or nice” human behavior, and will act accordingly. You’ll have to read his book to get the full scoop on that one. 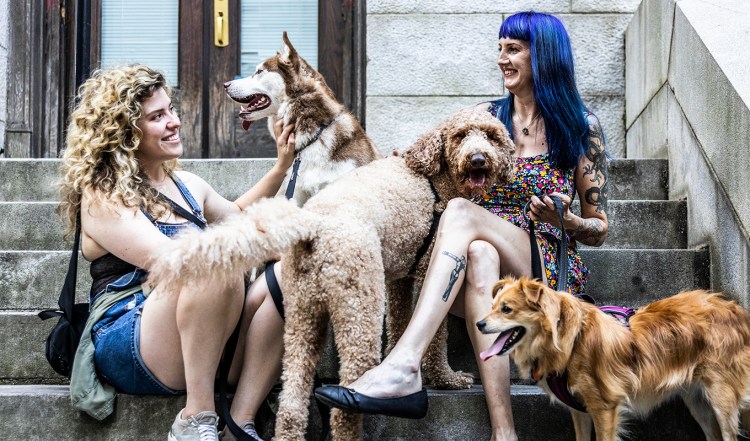 2. You’re a Pack Member, Not an Alpha Dog

A huge misconception about dogs, perpetuated for years by scientists using flawed methods to study wolves, is that every pack needs an alpha dog. This is far from the truth and has unfortunately led to a lot of training programs relying on humans establishing aggressive dominance over canines. Fear-based training like this isn’t effective because it doesn’t speak to canine instinct. Dogs—and wolves—are pack animals with hierarchies based heavily on life-stage and family units. The “dominant” wolf in a pack is usually the eldest; families stick together because survival rates are greater in groups. Rarely are scores settled through violence.

As domesticated dogs evolved from wolves, they gradually let go of their desire to climb the pack ranks. Essentially, they began preferring playtime with humans to becoming elder pack members. They think of humans as ultimate teammates. Howard described a study where two dogs were placed in a pen with two toys. Without any people involved, each dog played with a toy on its own. When a single dog in the pen was given the choice between playing with a toy or playing with a human, they consistently chose the human. “The fact that they play differently with humans than they would with other dogs says a lot about their minds,” Howard said. Dogs choose to play with us. It’s bonding time and it’s crucial to a healthy relationship with them.

This doesn’t mean we shouldn’t teach dogs boundaries or rules. Again, they like routine. (Howard even discusses evidence that canines are superstitious!) Instead of approaching training from an alpha dog mindset, humans should work with the canine brain and approach training from a place of knowledge. Establish boundaries, reinforce good behaviors, and don’t forget to play. 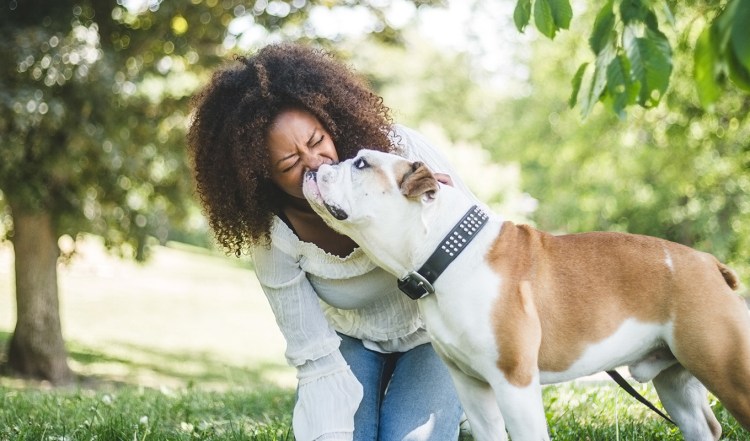 According to Howard, “stories would be told through smell” if dogs could read. He goes deep into how dogs’ noses pick up scent (10 percent of incoming air heads to the brain, which devotes 40 percent more space to understanding individual smells than human brains do). This is why we have drug-sniffing dogs. Dog noses can identify explosives, corpses, diseases, truffles and so much more.

So, of course they’re obsessed with how you smell. In a remarkable study using an fMRI machine, dogs’ brains were monitored while researchers presented different stimuli. Food and the scent of their owners activated the dogs’ brains in similar ways, meaning they were just as excited about treats as they were about a whiff of their favorite person. 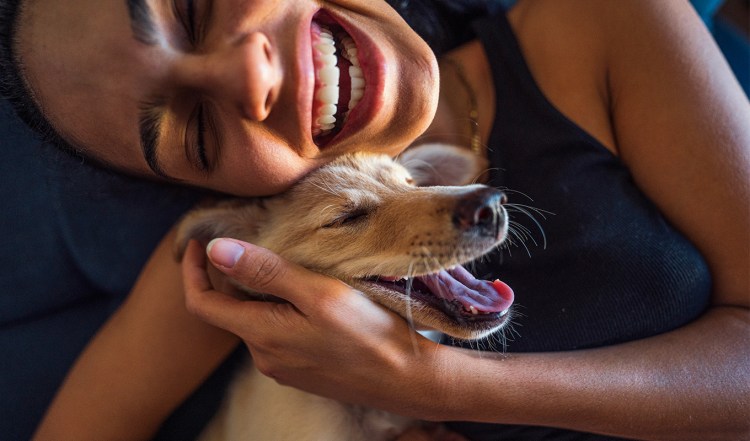 After a decade of researching and writing about animals, Howard has come to the conclusion that dogs really do feel love. Not all researchers and zoologists are eager to use that term, but Howard is all for it. Without giving away his entire argument, let’s just say it boils down to a few key elements, one of which is a study that found dogs’ hearts beat faster when their humans enter a room. The dogs also displayed a “social-reflex” when their people pet them: Their heart rates slowed more quickly with humans than spending time alone.

Howard notes there are so many scientific studies offering empirical evidence mixed with our own lived experiences with dogs, it’s impossible not to conclude they love us. Wonderdog further explores this idea and is a fascinating read.

Plus, have you ever had a dog follow you into the bathroom and just kind of…watch? Then afterwards they still want to hang out with you? If that’s not love, we don’t know what is.

Why Do Dogs Lick You?