From Prenups to Couples Counseling, Here Are 6 Trends That Define Millennial Marriages  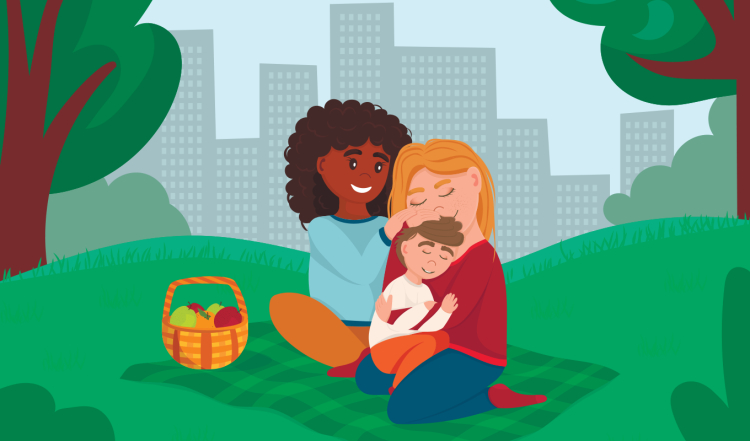 When it comes to saying “I do” millennials tend to do things a bit differently. From modern engagement trends such as posting proposals on social media and picking the ring together to wearing dresses inspired by the cosmos while walking down the aisle, this generation practically lives for breaking tradition when it comes to tying the knot. So, it comes as no surprise that their views on what a marriage actually looks like are also quite different. Below, six trends that define millennial marriages.

1. Moving In Together Before Marriage

Grandma might not approve but according to the latest figures, millennials are much more likely than previous generations to co-sign a lease before walking down the aisle. “Data from the Office for National Statistics (ONS) shows that the number of cohabiting couple families is growing faster than married couple families, with an increase of 25.8 percent between 2008 and 2018,” writes Serena Smith for Vice. But is this a good thing? Michaiah Dominguez, a mental health counselor and relationship coach, previously warned us against the pitfalls of moving in together prior to getting hitched claiming that it doesn’t necessarily lead to happily ever after. “It actually decreases the likelihood that you will marry and increases your chances of divorce after five years,” she explained. Maybe gammy is on to something after all...

2. Getting Married Later in Life

You probably knew this one already but compared to previous generations, millennials are getting married later in life. Where older generations would typically get married, have kids and then figure themselves out, millennials prefer to be self-actualized before becoming one with another, Dominguez told us. This generation is walking down the aisle with college completed, solid savings in the bank and a somewhat solid career path underway. “With this secured identity, millennials are entering into marriage with much more confidence that they have found someone who aligns with their future goals and core values,” said Dominguez. In fact,  The New York Times reported that the median age of marriage leaped to 29.5 for men and 27.4 for women in 2017, compared to 23 for men and 20.8 for women in 1970.

With all that self-actualization comes the need to protect oneself. In a survey conducted by the American Academy of Matrimonial Lawyers, 62 percent of lawyers polled revealed that the total number of millennial clients seeking a prenup has increased from years past. But this generation isn’t looking just to protect their monetary assets, but to also lay out the path forward in the event of a divorce. Why so cautious? As the Pew Research Center notes, the unpredictable economy and job market have been a reason why millennials are hyper-protective of the cash they do have. Not to mention the fact that many members of this generation are already too familiar with divorce. “Many millennials are children of divorced parents, making them aware of the commitment of marriage and what can happen when finances aren’t talked about before marriage,” the pros at Hello Prenup note. Call it cynical if you want, but we call it smart.

With mental health becoming an important subject in the zeitgeist, going to therapy has become a priority for many millennials, so it’s only natural that they’re taking their partners with them. And they’re not only looking to solve issues that are already brewing in their marriages, but this demographic is heading to therapists preemptively. “Millennials are the first generation in the modern era that was hungry for pre-marital counseling and couples therapy,” reports Couples Therapy Inc. In fact, a survey conducted by MidAmerica Nazarene University found that 49 percent of millennial couples said that they had attended some form of counselling. Of the couples who hadn’t been, 52 percent said they would totally be down to go. Even better is the fact that millennials aren’t attaching any stigma to counseling, but rather looking at it as an extra resource to help them along the way.

Thanks to cultural shifts and the growing racial and ethnic diversity happening across the country, the millennial dating—and subsequently marriage—pool is a lot more open to interracial marriages than generations past. A study from the Pew Research Center revealed that 13 percent of millennial marriages include spouses of differing racial or ethnic backgrounds, a huge jump compared to only nine percent of Gen X marriages that were multiracial or multiethnic in 2003.

It used to be that the onus of taking care of the household and child care fell solely on women. Thankfully, however, millennials are ever-so-slightly moving the needle, with couples splitting the duties more evenly. When it comes to cooking for example, data shows the percent of college-educated men cooking increased from 37.9 percent in 2003 to 51.9 percent in 2016. That means at the very least, your hubby can whip a nutritious one-pan spaghetti and meatballs for your toddler when you’re not home. And while most millennials can bet their fathers (and definitely grandfathers) never changed a diaper, children born to millennial dads won’t be able to say the same. From changing diapers to taking the time to form a bond with their tots, “dads now spend three times as much time with their children as they did two generations ago, and a majority view being a good father as a priority and central to their identity,” reports First 5 La­, an independent public agency which supports the safe and healthy development of young children prior to entering kindergarten. Now that’s not to say that the division of labor is still unbalanced, but it’s definitely a step in the right direction.