Every parent’s primary goal is to raise a decent human, but didactic speeches about right and wrong aren’t exactly in the cards when you’re dealing with a kid who can’t tear himself away from his tablet long enough to tell you what he wants for dinner. Enter, story hour. Yep, a good story is actually a brilliant parenting tool—someone else handles the hard-hitting stuff for you, while you simply sit back and snuggle your kid. Without further ado, here are our favorite children’s books with moral lessons—you know, to plant some seeds of wisdom and positivity in your little one’s head.

12 Books to Help You Discuss Race with Young Kids 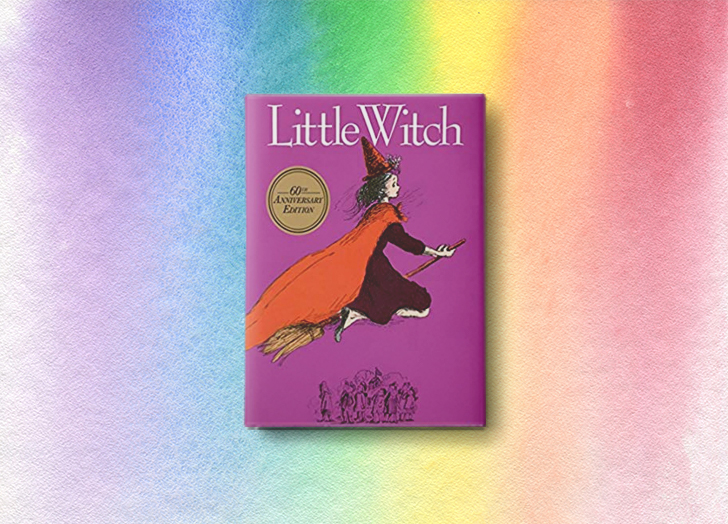 This enduring classic follows Minx—the daughter of a fearsome witch who everyone in town tries to avoid—on the great adventure that unfolds when she escapes to go to school. The Little Witch is a delightful amalgamation of reality and fantasy that’s full of intrigue and packed with positive messages about the power of friendship. Give this one to a grade schooler and they won’t be able to put it down. 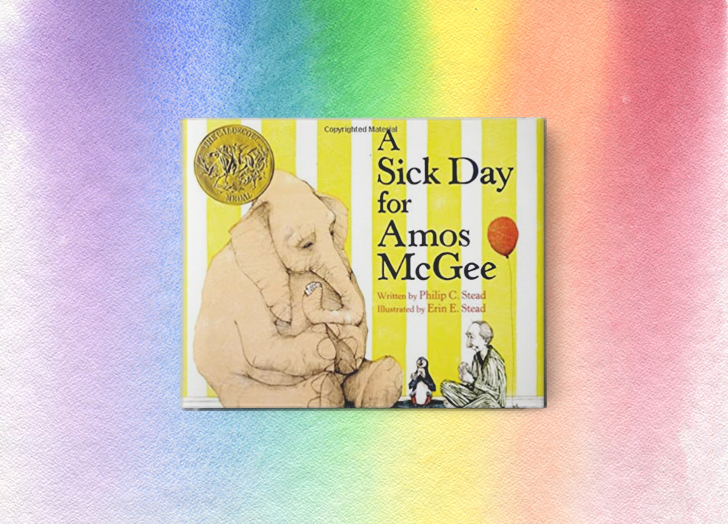 Charming illustrations and simple, thoughtful text fill this picture book about Amos, a zookeeper who never fails to make time for his friends. No matter how busy his workday is, he still stops by to read bedtime stories to the owl, run races with the tortoise and pay visits to all the other animals in his care. As such, when Amos catches a cold and can’t make it to work, his presence is sorely missed—so much so that the animals decide to pay him a visit and return the favor. A Sick Day for Amos McGee is a quick, soothing read that effectively communicates the importance of kindness and empathy to young readers. 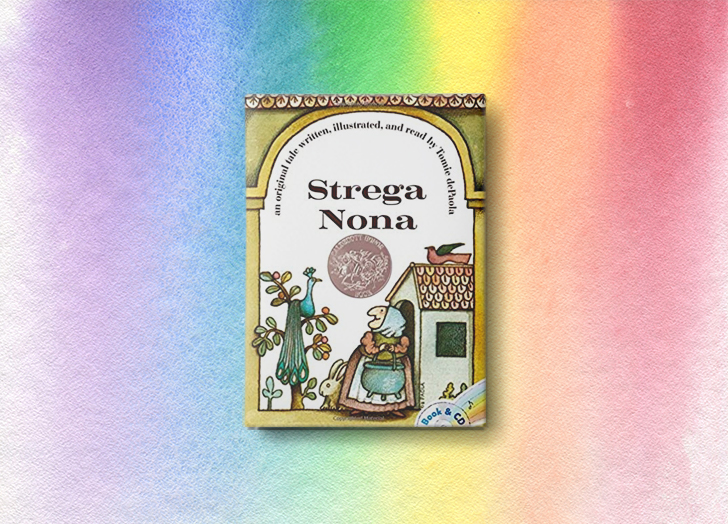 Based on an Italian folktale, this beautifully illustrated, Caldecott Honor-winning picture book by Tomie dePaola tells the story of Strega Nona, the beloved ‘Grandma witch,’ and her troublemaker assistant Big Anthony, who makes a big mistake when he breaks the rules and uses the magic pasta pot without permission. Ultimately, Big Anthony incurs the wrath of the townspeople and is forced to clean up the big spaghetti mess he made. In other words, he learns the hard way that trust is earned by keeping promises and respecting boundaries, and that poor choices come with consequences. 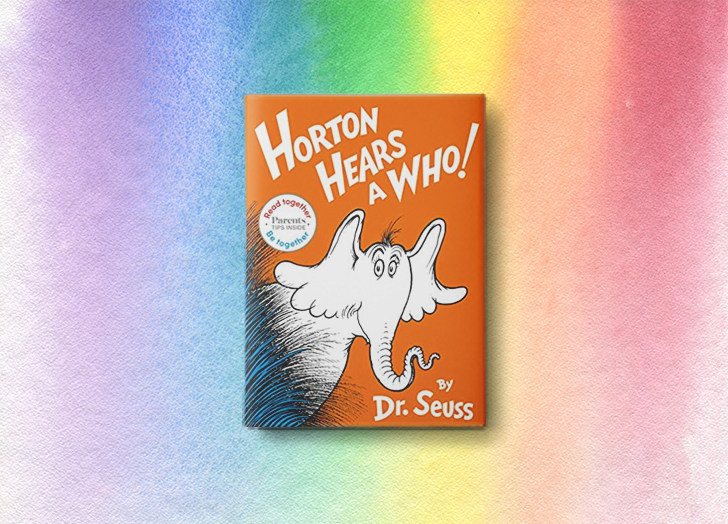 Naturally you can expect a breezy, rollicking read from this Dr. Seuss favorite—but it’s because of the content of the story, not the signature rhyming verse, that Horton Hears a Who earns a spot on our list. The sweet and engaging storyline about an elephant who devotes himself to protecting the microscopic creatures he discovers living on a speck of dust is really just a parable that teaches kids the virtue of looking out for the little guy. After all, “a person is a person, no matter how small.” 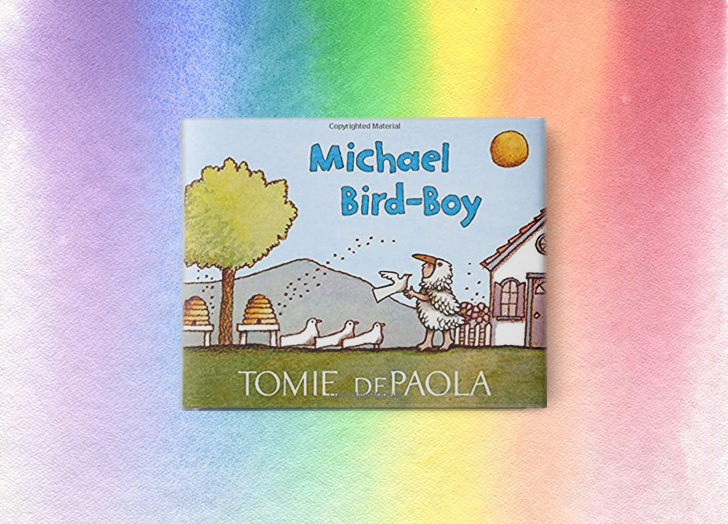 When a dark cloud suddenly appears in the sky, a bird-loving boy named Michael sets out to investigate the source of the pollution and save his favorite animals from an uncertain fate. In the end, a solution is reached by way of compromise and collaboration, such that humans and birds alike can live happily and healthily. A welcome addition to any little kid library—this engaging picture book from beloved author Tomie dePaola boasts eye-catching artwork and an environmental message that’s hard to miss. 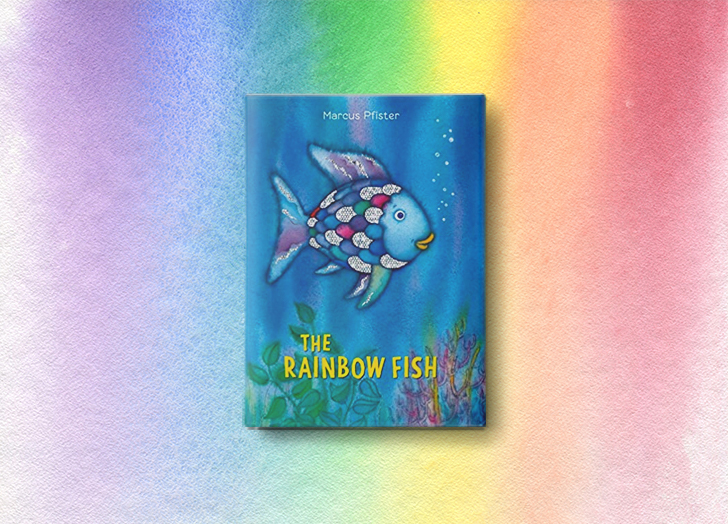 6. “the Rainbow Fish” By Marcus Pfister

The iridescent, foil stamping artwork here is downright irresistible, but there’s more to The Rainbow Fish than meets the eye. In the story, the beautiful rainbow fish initially pooh-poohs the idea of sharing his special shining scales with the other fish in the sea, but ultimately has a change of heart when he realizes that his vanity and greed was really just costing him friends, while giving generously to others brings happiness. That said, it’s worth noting that the positive messages in this book are up for interpretation, and parents might consider a follow-up conversation to clarify that sharing is different than, say, buying friends with sparkly gifts. 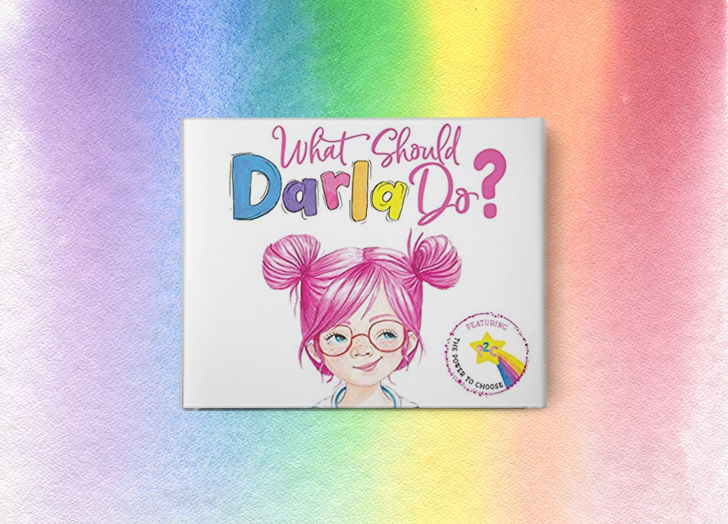 An interactive book with a truly clever concept, What Should Darla Do? (and its counterpart What Should Danny Do) is a part of the Power to Choose series, which focuses on empowering children to take control of their emotions and make thoughtful decisions, while teaching cause and effect. Parents should know that this one does not have a traditional, linear storyline, but is rather a collection of highly relatable scenarios that allow kids to experiment and explore the outcomes of various choices. Simply put, What Should Darla Do? is an innovative way to help kids learn the difference between right and wrong. 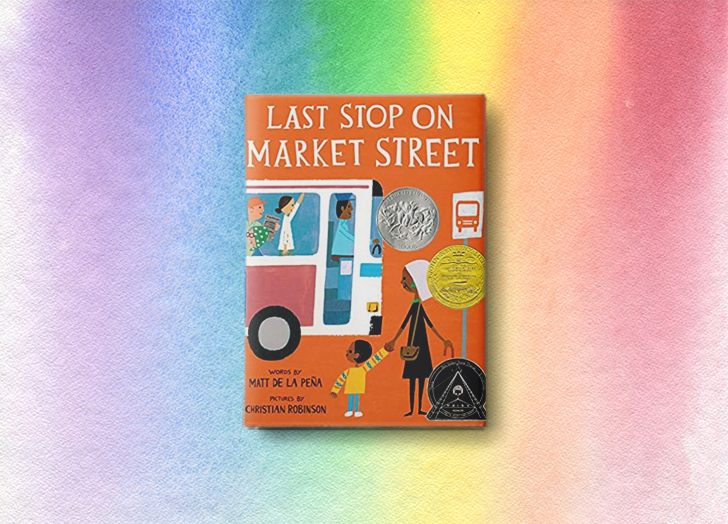 Community, gratitude and giving back all take the forefront in this thoughtful and vibrantly illustrated book about a boy, C.J., and his trip to an urban soup kitchen with his grandmother. At first, C.J. rues the fact that he must visit a rundown part of town to volunteer while his friends are out having fun. However, the many rich characters he meets on his commute, coupled with the enlightened words of his nana convey the message that “sometimes when you are surrounded by dirt...you’re a better witness for what’s beautiful.” 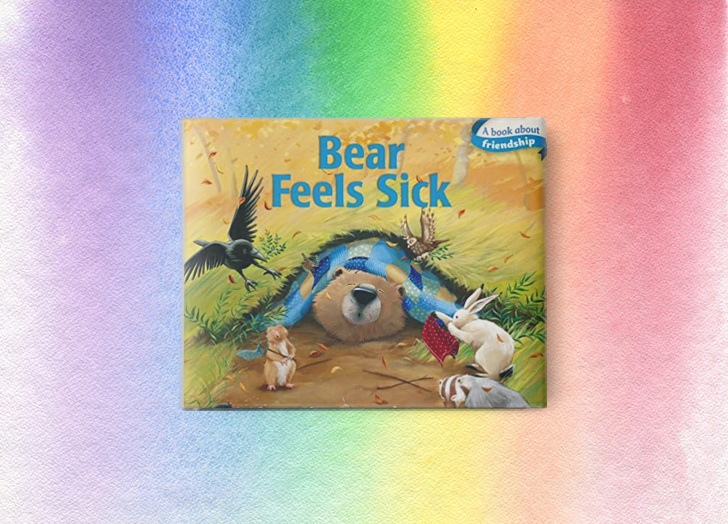 Karma Wilson writes in rhyming verses that roll off the tongue to tell this simple but sweet story about a Bear and the forest friends who stay by his side and nurse him back to health when he’s sick. Kindness is clearly the theme here and even the youngest kids in the audience are sure to receive the message loud and clear by the end of the book, when a recuperated Bear reciprocates by staying in his cave to take care of his now-sick friends. 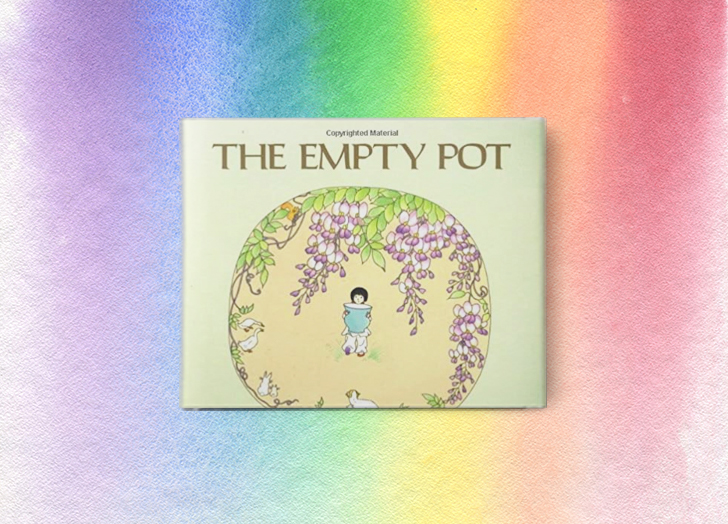 Ping has a love for flowers and a desire to be the next heir to the Emperor’s throne, so when the Emperor announces a flower-growing competition it seems as though everything will fall into place for the young schoolboy. However, when Ping’s green thumb lets him down, he must face up to his failure and go before the Emperor with nothing but an empty pot to show for his efforts. An IRA-CBC Children’s Choice and American Bestsellers pick, this simply written picture book about honesty, rewarded, will win readers over with both the gorgeous, soft-hued oriental landscapes and the purity of the message found on its pages. 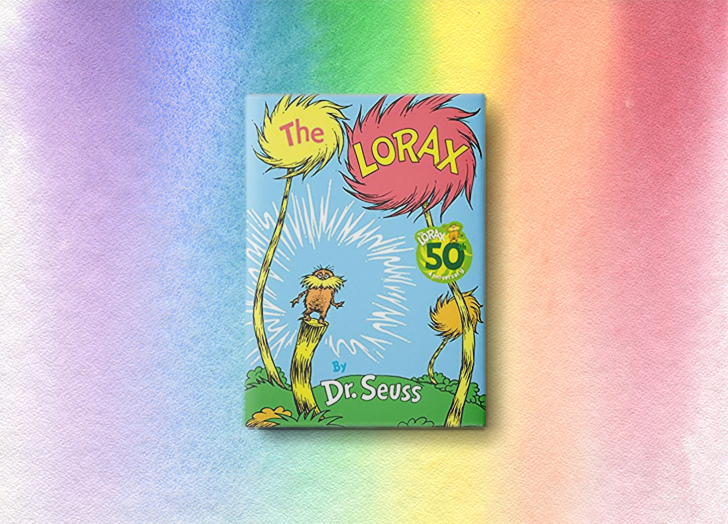 Another winner from Dr. Seuss, The Lorax features a main character who, after communing with the trees, arrives to share a powerful message about the importance of taking care of the planet. An ominous warning swaddled in playful rhymes and peppered with hope, this engaging book is a call to action that is as timely today as when it was published 40 years ago. We suggest you read this one to your child for an introduction to environmental issues that won’t cause apocalypse-style nightmares. 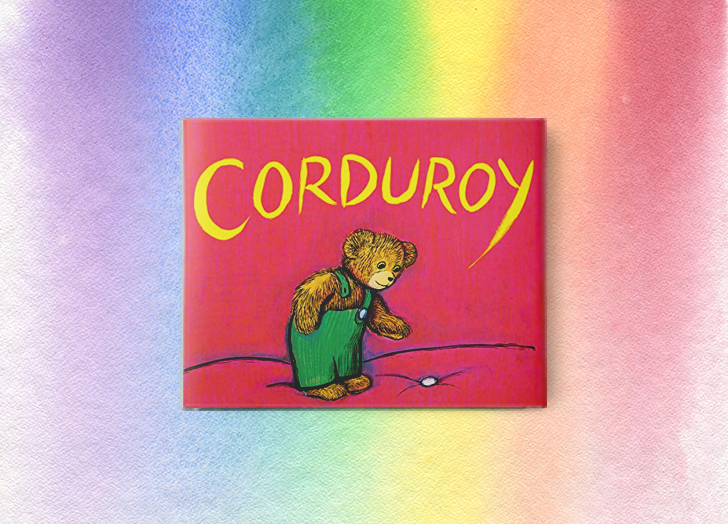 A girl meets the perfect teddy bear, Corduroy, on the shelf of a department store and it’s love at first sight. Alas, the happy ending is put on hold when the girl’s mother points out that said bear is missing a button on his shoulder strap and whisks the girl away, leaving behind one very self-conscious stuffed animal. Spoiler: The girl returns the very next day to claim her new best friend and Corduroy learns that true friendship has nothing to do with how you look on the outside. In other words, if you were thinking that it’s fairly reasonable to not want to purchase a damaged toy, Don Freeman has a moral lesson to teach you, too. 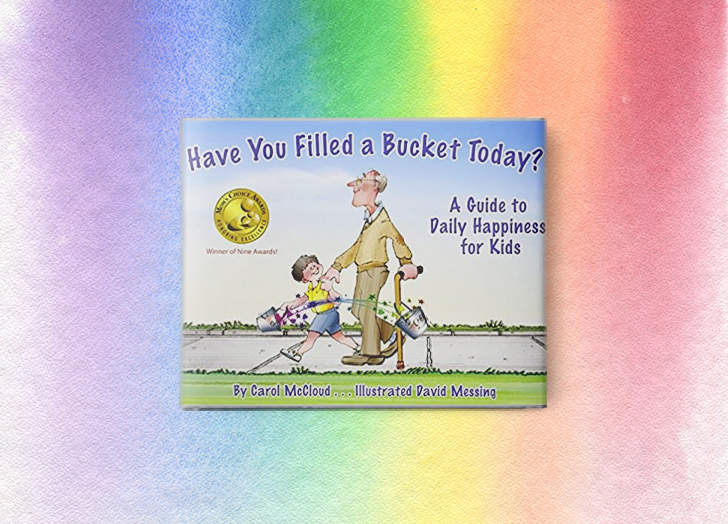 13. “have You Filled A Bucket Today?” By Carol Mccloud

Here, author Carol McCloud uses simple and relatable prose, eye-catching illustrations, and a surprisingly effective metaphor—a bucket that can be filled with acts of kindness, gratitude and love, or emptied with bullying—to empower kids to be their best selves. The consensus among parents and kids alike is that Have You Filled a Bucket Today? is a resonant book that inspires readers of all ages to reflect on the power of their actions and earn some good karma by following the golden rule. 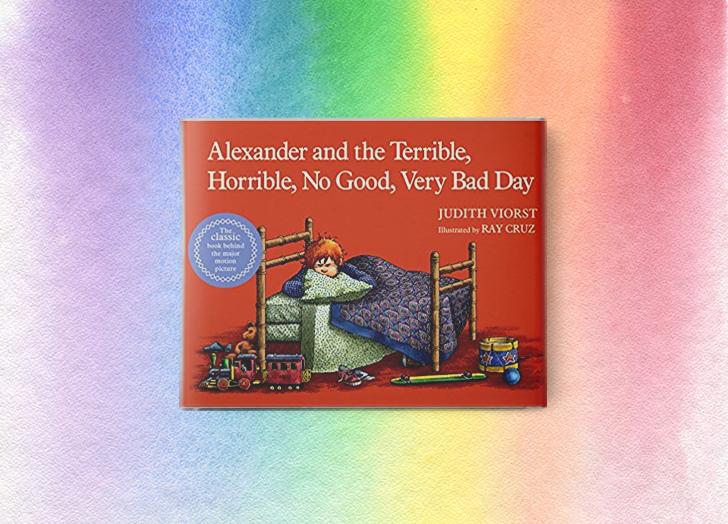 14. “alexander And The Terrible, Horrible, No Good, Very Bad Day” By Judith Viorst

There’s a bunch of unfortunate (and hilarious) events and a relentlessly negative, but incredibly sympathetic main character in Alexander and the Terrible, Horrible, No Good, Very Bad Day. It’s a modern classic with a highly relatable message—namely, that we all have crummy days, but tomorrow can (and probably will) be better—and clever writing that will have the whole family laughing from start to finish, while acknowledging the reality that sometimes things just don’t go your way. 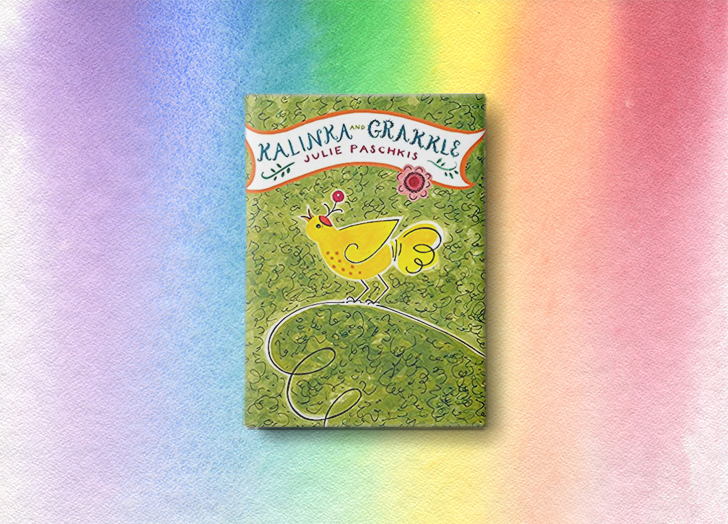 15. “kalinka And Grakkle” By Julie Paschkis

Kalinka is an energetic, but rather overbearing bird who likes to keep everything spic-and-span. Grakkle is a grumpy and unkempt beast that wants to be left alone to relax in his untidy home. The result is a personality clash and a crash course in empathy and acceptance that ultimately yields a beautiful, offbeat friendship. Tender and funny, this kid-friendly take on the odd couple will go over well with the whole fam. 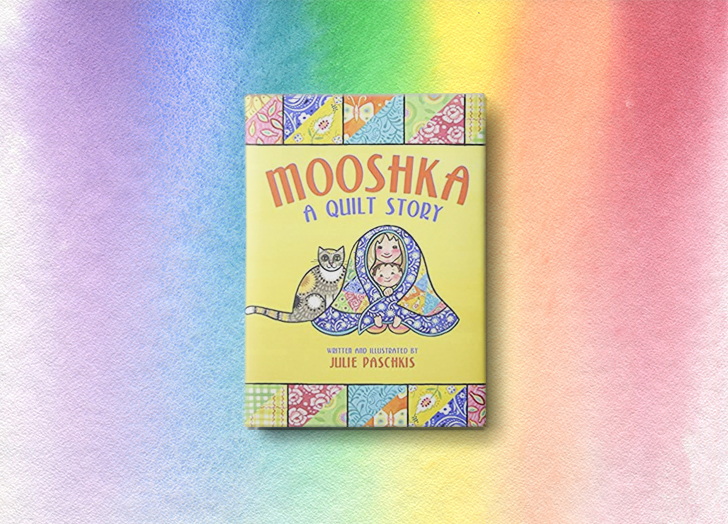 A tender story by Julie Paschkis that revolves around Karla, a young girl who is adjusting to the presence of a new sibling, and her very special quilt that goes by the name ‘Mooshka.’ Ever since her grandmother stitched it together, whilst recounting cherished family memories, Mooshka has spoken to Karla, whispering reassuring words at bedtime. When Karla’s little sister appears on the scene, Mooshka goes quiet—and it isn’t until Karla steps into her big sister role and shares her treasured comfort item that Mooshka starts to speak again. Poetic and heartwarming, this picture book about familial love and human connection will give you all the feels. 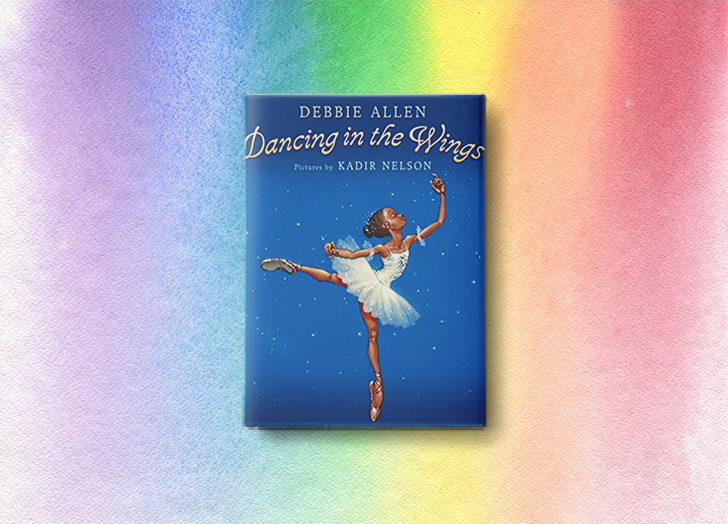 17. “dancing In The Wings” By Debbie Allen

Here, a semi-autobiographical picture book from author Debbie Allen that recounts the struggles and triumphs of Sassy, a young Black ballerina with long legs, big feet, a big mouth and bigger dreams to boot. There are highs and lows along the way, but Sassy truly starts to shine when she begins to accept and love her body. This inspirational and triumphant story about body positivity and perseverance will leave you and your kid misty-eyed. 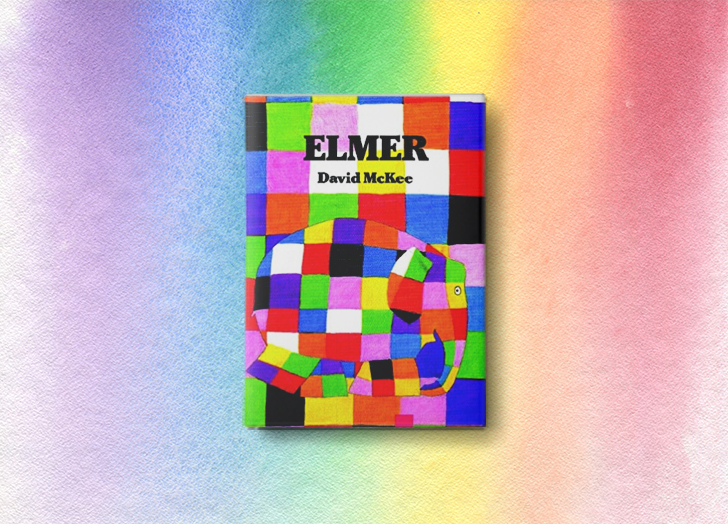 It’s hard not to be drawn to the bold colors of this poignant and lighthearted book about Elmer, an elephant who doesn’t quite look like the rest. Indeed, Elmer’s brightly colored patchwork appearance makes him stand out like a sore thumb. In the end, though, young readers learn alongside Elmer that self-love and a sense of humor make for a happier life﻿.

28 Classic Children’s Books That Every Kid Should Read