American dog breeds typically fall into one of two categories: those bred by combining known European and English breeds to better suit the American landscape, and those who lived alongside Indigenous groups who existed here for thousands of years. You’ll notice pretty quickly the list is lopsided (there are way more newly developed breeds). Whether the canines here were bred in the last 300 years or have been around for a while, they’ve got a few things in common. American dog breeds tend to be playful and active. Many are hunters with keen noses and webbed toes (America’s wetlands and swamps make for tricky hunting grounds). The older breeds are more stubborn, set in their ways. The newer American dog breeds are brimming with that unmistakable frontier spirit, full of confidence and up for just about anything.

The oldest evidence of domesticated dogs in the U.S. was discovered in Illinois; the remains are 10,000 years old, which means dogs have been here for a while. Unlike canines in Japan and Germany, modern American dogs as we know them aren’t direct descendants of domesticated North American wolves. One study looked at canine genomes and discovered today’s American dog breeds are more closely related to other domesticated dogs from Siberia. The researchers believe when humans crossed the Bering Strait from Siberia into North America roughly 15,000 years ago, the dogs they brought with them developed into breeds native to North America.

Unfortunately, researchers also conclude most of these North American breeds went extinct. For instance, the Salish Wool Dog, a white spitz-style dog who lived with the Coast Salish peoples in the Pacific Northwest, died out in the 1800s. The study’s scientists surmise this could be because European and English settlers colonizing the Americas not only pushed Indigenous populations out of their own territories, but they also brought new diseases with them.

The closest thing we have to an ancient American dog breed is the Alaskan Malamute. Every other breed on our list was bred during the 1700s or later, with specific goals in mind.

As colonies grew, settlers realized they needed dogs better suited for the wet, wide wilderness of America. They began breeding new dogs by combining existing breeds from their home countries. Many of the dogs on our list are avid hunters with strong noses and tireless work ethics. Friendly and social, many American dog breeds are family-oriented and enjoy being surrounded by love.

Like America herself, a few American dog breeds have controversial pasts. It’s important to remember breed can only tell you so much about an individual dog; each pup is unique, regardless of breed. 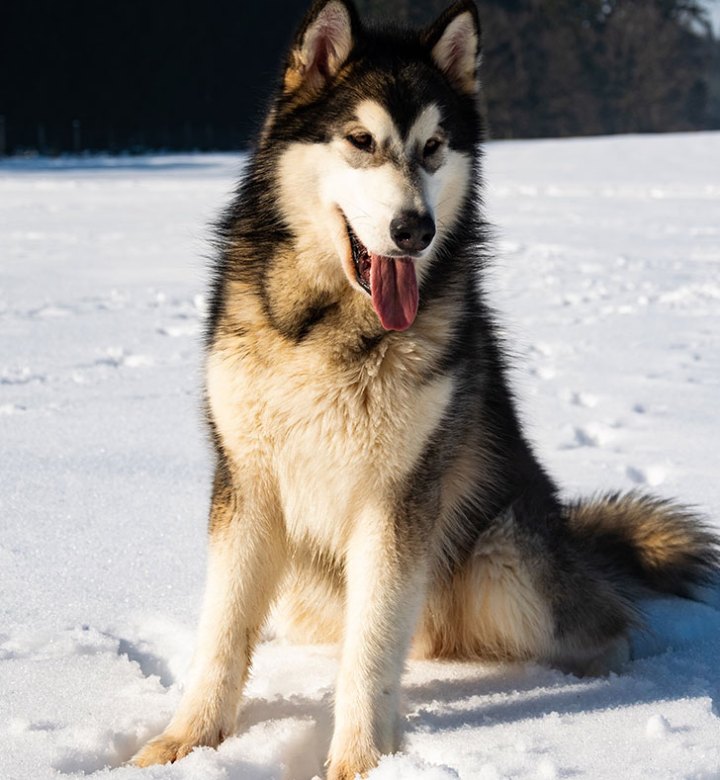 Alaskan Malamutes are big dogs who have lived in North America for roughly 4,000 years. At their cores, these are working dogs who like having a job to do. Though they look like the Russian Siberian Husky, Malamutes are much bigger; they’ve spent thousands of years working alongside the Inuit and Mahlemut people living in northwest Alaska. Their athleticism makes them ideal companions on hikes or jogs. Since they can be stubborn, early training and socialization is necessary if you want a Malamute to play well with others, which they’re more than happy to do once they get the hang of a routine! 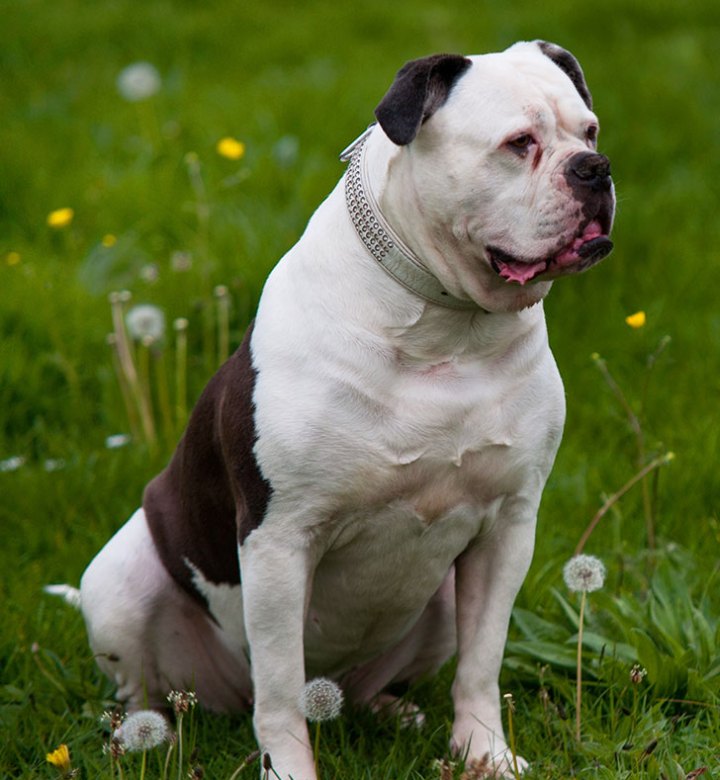 American Bulldogs were developed during the 1800s by ranchers and farmers who came to America with their English Bulldogs. These pups are muscular, strong animals with friendly dispositions. They do not do well alone for long periods of time and thrive when given different ways to burn their energy (running, tug of war, dog parks, hikes). Though they do often suffer from joint issues and allergies, these are determined dogs with big hearts. Like the Malamute, the American Bulldog requires firm training and socialization as a puppy to become a well-behaved (and manageable) adult dog. 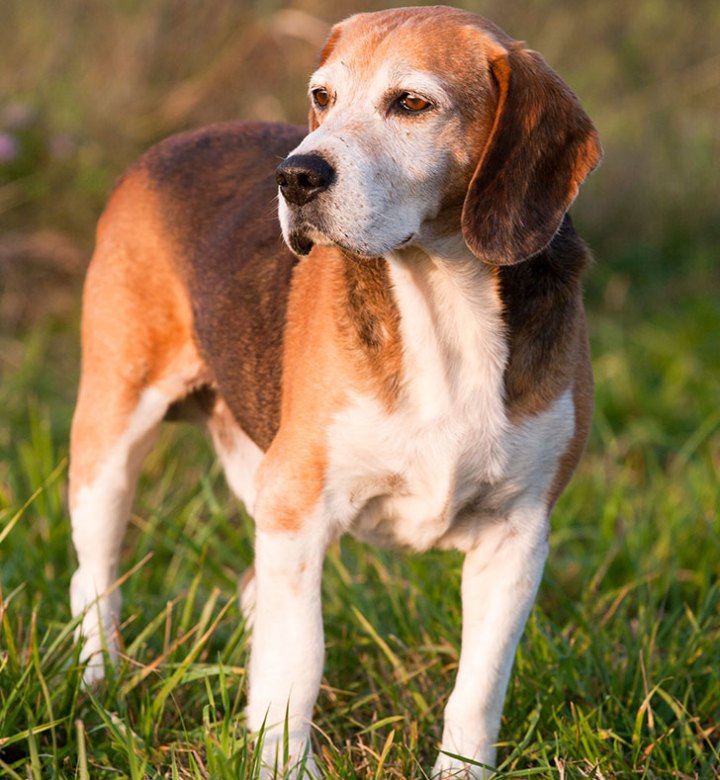 American Foxhounds are basically English Foxhounds with longer legs. They bark (some would call it a howl) often and have a high prey drive due to their hunting instincts. Despite their intense energy levels and need to chase anything that moves, they are incredibly sweet and low-maintenance. American Foxhounds get along well with kids and other dogs. They are also the official state dog of Virginia, where they excelled at fox hunting in the 1700s. 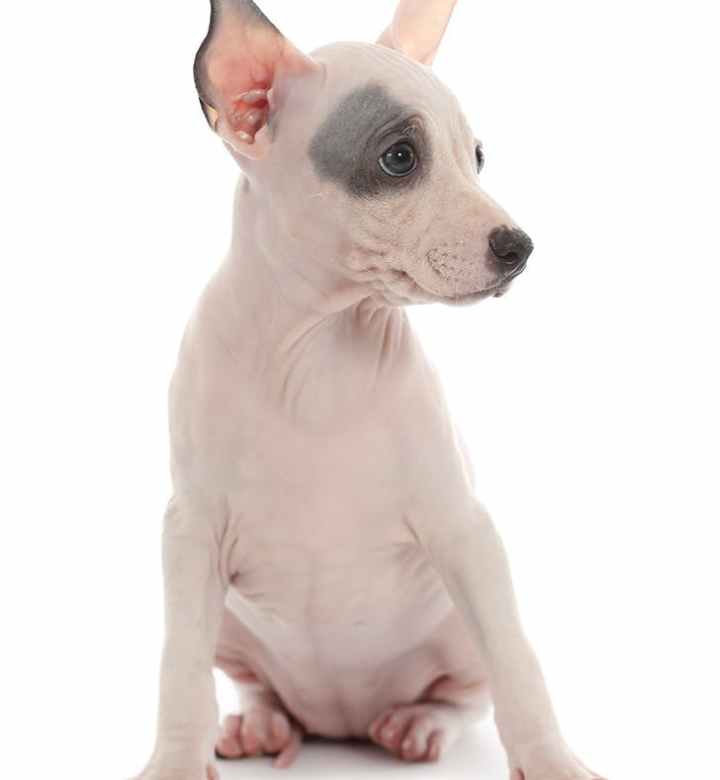 As one of the longest living dog breeds around, American Hairless Terriers are great choices for anyone in search of loving companions. They are descendants of Rat Terriers and are native to Louisiana where they excelled at scaring away rats and other rodents from businesses and homes. Developed over the course of several decades, Hairless Terriers were officially recognized by the American Kennel Club in 2016. 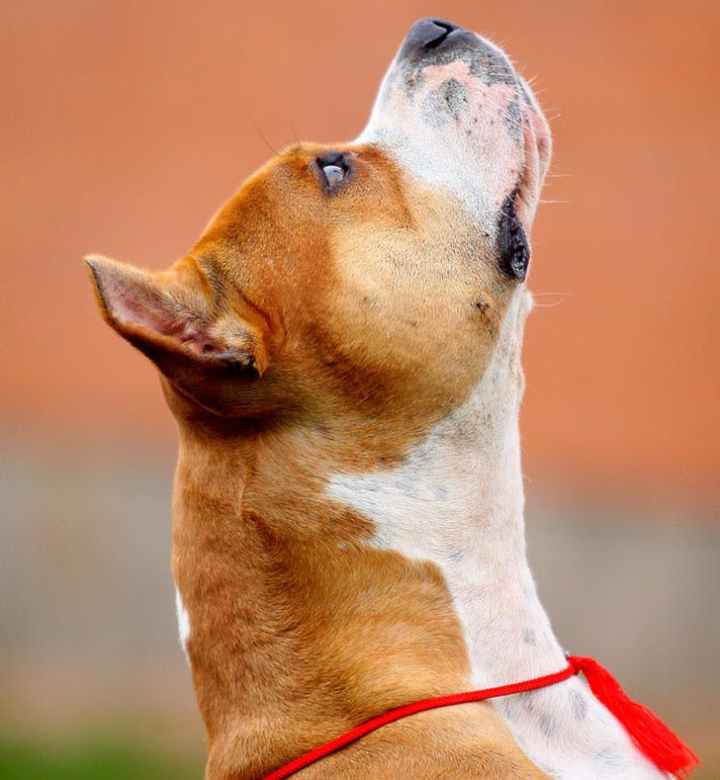 Not only are American Staffordshire Terriers great with kids, but they also make good pets for first-time dog owners. This is due in large part to their willingness to please and ability to learn commands easily (though this doesn’t mean you can skip lessons or ignore mistakes—training is a must!). Their affectionate nature and protective instincts make for a terrific personality. These pups were bred in the U.S. in the 1800s and have English Bulldog DNA. It’s unclear exactly where they get their terrier blood from, but rest assured they’ve got the signature terrier energy. An AmStaff makes a devoted, brave companion. Just don’t confuse them with the American Pit Bull Terrier—the two are similar, but distinct breeds. 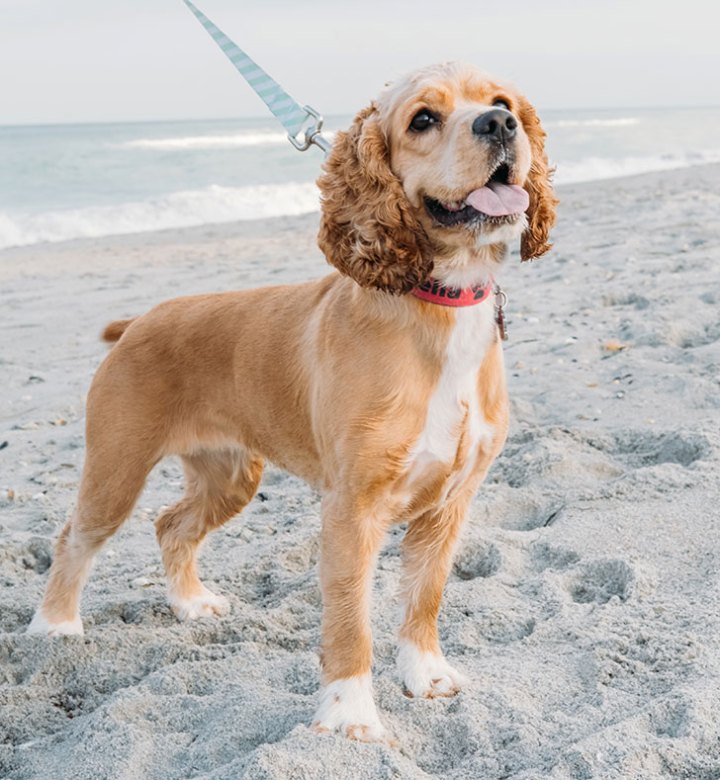 American Water Spaniels can handle hot weather and love to go swimming (they even have webbed toes!). Known for their curly, frizzy brown waterproof coat, these dogs are incredibly happy animals as long as they’ve got something to do. They hail from the Great Lakes region in the American Midwest and are Wisconsin’s official state dog. Duck and waterfowl hunters needed a medium-sized dog who could fit on boats and swim tirelessly. There are only about 3,000 in existence according to the American Water Spaniel Club. 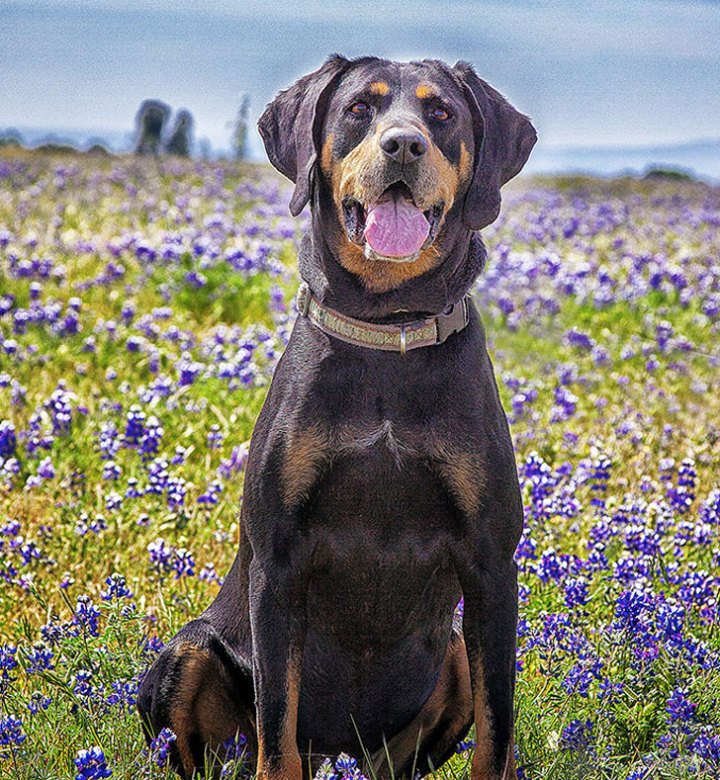 Black and Tan Coonhounds were bred to sniff out and trap racoons in trees. Uniquely American, these dogs were developed specifically for frontiersmen who relied heavily on racoons for food and hats (Daniel Boone was said to have bred B&Ts in what is now Kentucky). While focused on nothing but their noses out on a hunt, these dogs are incredibly sweet and easy-going at home. They get along well with kiddos and other pets and love nothing more than being around their favorite people. 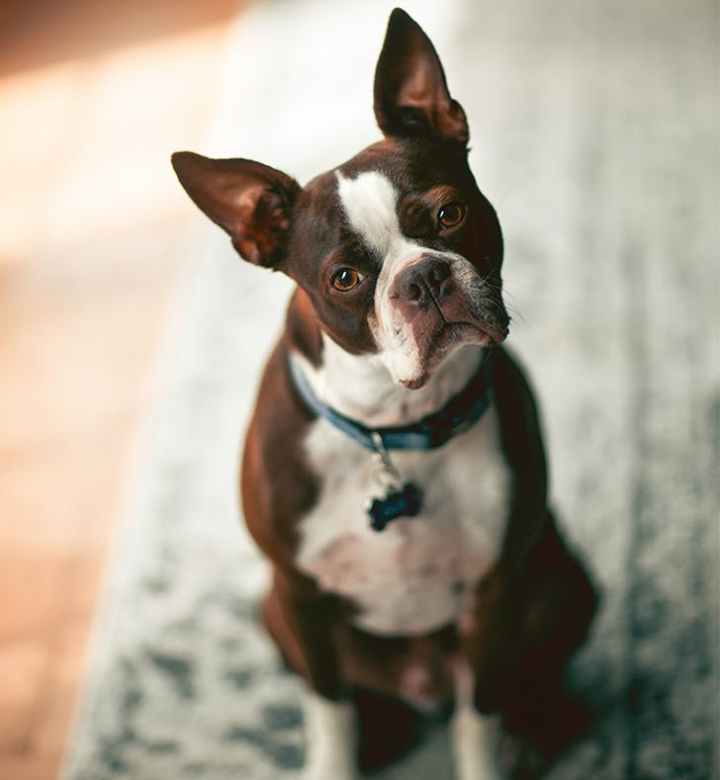 Can you guess where these tiny goofballs are from? Boston, Massachusetts, of course! They were bred in the late 1800s out east and have been intelligent, joyful companion and therapy animals ever since. Boston Terriers are very affectionate and love meeting new people and pets (perhaps this is why Millennials love them so much). Their nickname is “The American Gentleman,” and they prefer spending time by your side to being left to their own devices. These adaptable dogs do well in just about any household. 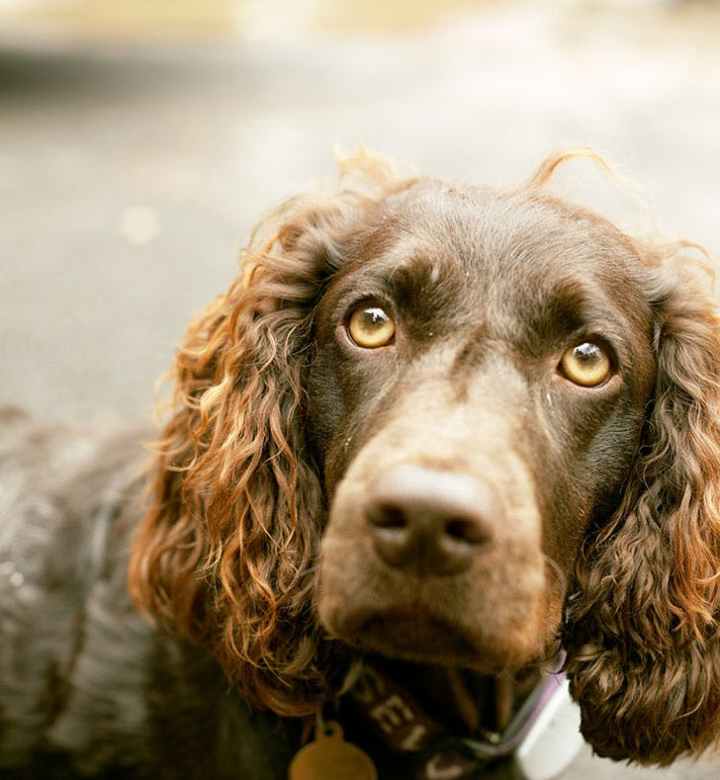 Like the American Water Spaniel, Boykin Spaniels have webbed toes and are experts at swimming and retrieving waterfowl. Bred in the early 20th century in South Carolina to do just that, these dogs have developed into incredibly sweet, mellow pets. Their chocolate-colored coats are relatively easy to maintain. South Carolina has named the Boykin Spaniel its official state dog and celebrates these eager, energetic pups every year on September 1. 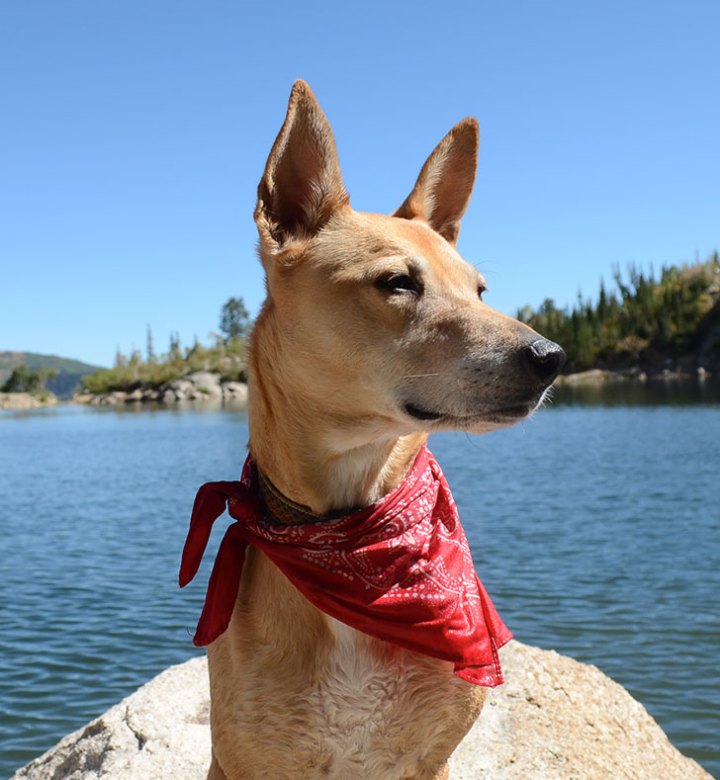 It is generally thought that Carolina Dogs are descendants of wolves and early domesticated dogs brought to North America across the Bering Strait. The Carolina Dog Club of America notes remains of these pups have been found in ceremonious burial sites (some of them mummified), indicating a close connection with Native Americans who lived in the western and southeastern parts of the country. They look a lot like Australian Dingos with pointed ears, though they aren’t as high energy as one would expect from a wild dog. Carolina Dogs are wary of strangers but love their adopted families more than anything. 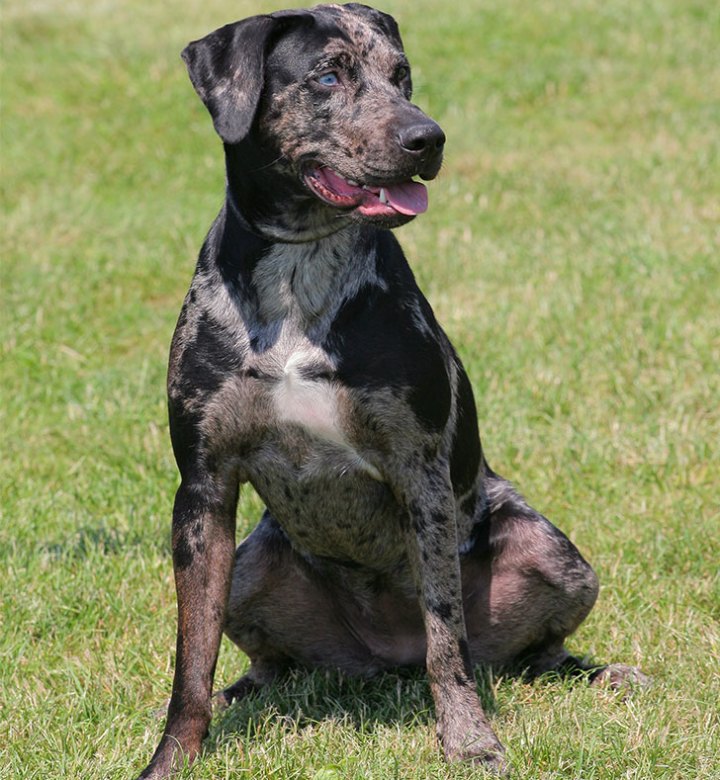 Catahoula Leopard Dogs were developed in Louisiana in the 1700s by breeding dogs brought over by French and Spanish settlers with wolf-like dogs from Native Americans living in the area at the time. They became the official state dog of Louisiana in 1979 and are known for being territorial and incredibly protective. If not trained early and often, Catahoula Leopard Dogs could become aggressive with new people and animals. Once they feel at home, these are affectionate dogs who will defend their family with everything they’ve got. 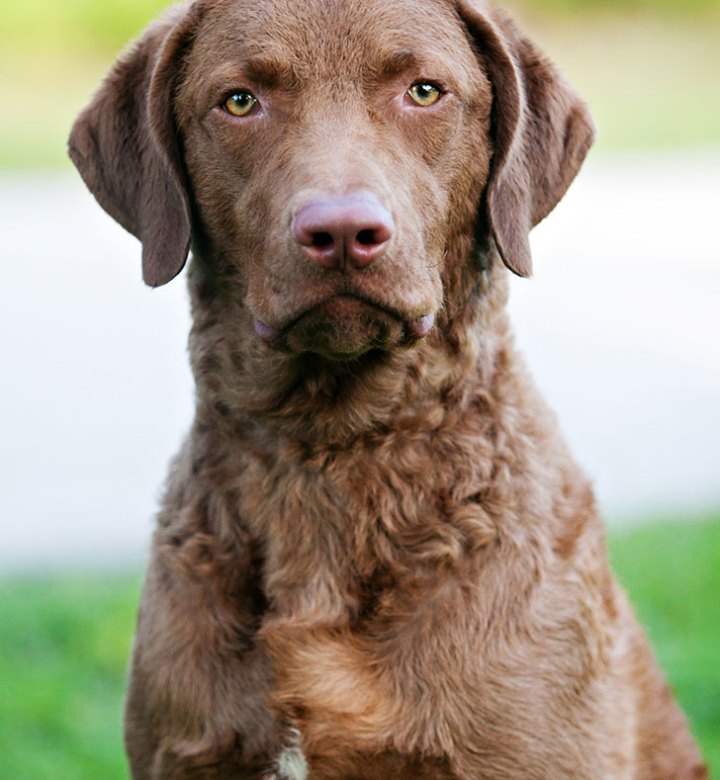 The Chesapeake Bay sits along the Maryland and Virginia coasts and is the biggest estuary (a body of water where an ocean meets one or more rivers) in the U.S. The Chesapeake Bay Retriever has been bred to hunt and retrieve ducks and geese in this estuary, often at freezing temperatures with wild winds. Their waterproof, oily coat keeps them warm and dry. Interestingly, the Chesapeake Bay Retriever is a more sensitive soul than many hunting dogs; they’ve been known to excel at therapy and search and rescue work. Get ready for a loyal, loving pup who may be shy around strangers. 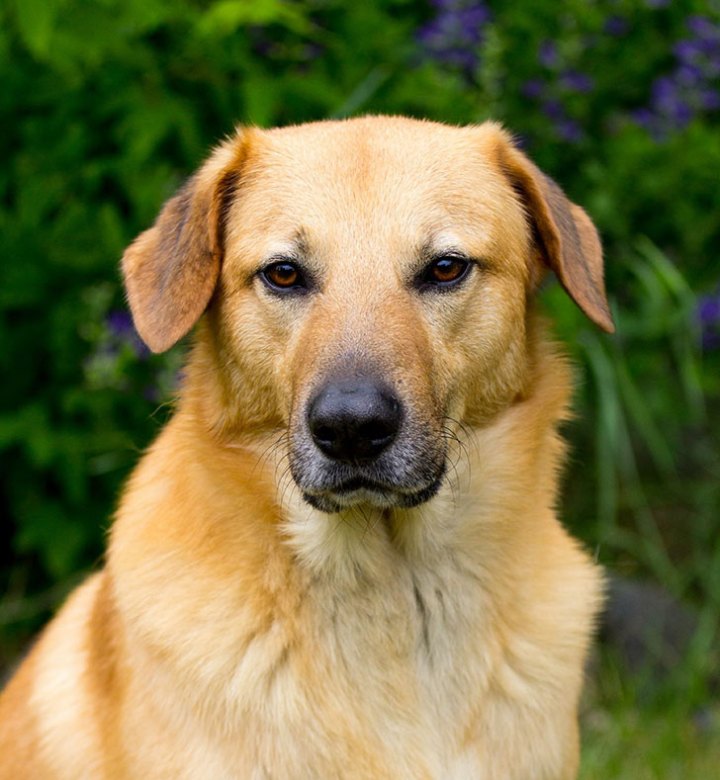 Mellow and sweet, Chinooks are excellent family pets. They are also incredibly rare! Developed in the late 1800s by a New Hampshire explorer who made regular expeditions to the arctic circle, these dogs love to work like Siberian Huskies and relax like Mastiffs (both breeds are in their DNA). Get ready for an affectionate sweetheart who won’t want to be left out of any activity. Chinooks bond hard and enthusiastically follow you wherever you go. They are, of course, the New Hampshire state dog. 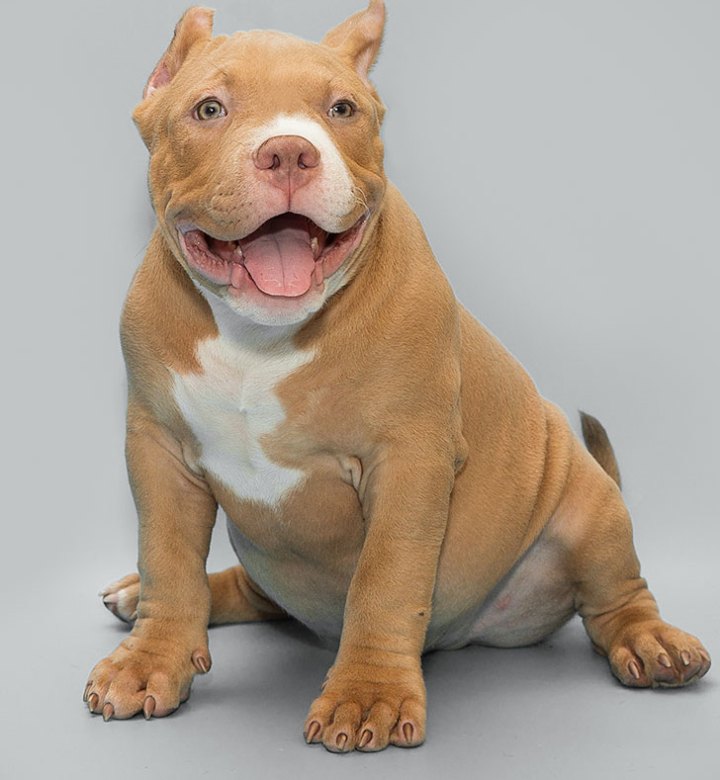 The American Dog Breeders Association recognizes the Pit Bull as an official breed, but the American Kennel Club does not. Larger than the American Staffordshire Terrier, Pit Bulls are just as sweet and intelligent. Unfortunately, they are often seen as dangerous or aggressive dogs; this is due in large part to humans raising them as fighting dogs for many years. Just like any strong, confident breed, Pit Bulls can be well-behaved, obedient, and affectionate pets with early training and socialization. Bad Rap, an organization dedicated to shifting the conversation about Pit Bulls, says these dogs have become go-to therapy and companion animals in recent years. They form bonds quickly and love their people.