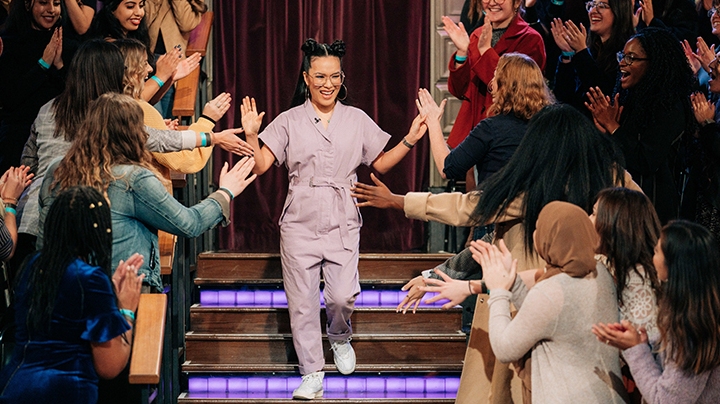 Way to bury the lede, people: Netflix announced its inaugural comedy fest “Netflix Is a Joke” and wags focused on how so many performers (more than a hundred) were appearing at so many places (more than eight venues) across Los Angeles. Entertainment execs talked about how ten of the shows would be broadcast later on Netflix (thus, wait for streaming to experience the show called Pete Davidson and Friends), so this festival is another way for the network to strengthen its comedy dominance. But here’s the real story: This festival is so heavy with hilarious female comics, it’s practically the Equal Rights Amendment for laughs. (Especially because the ERA never passed into law, and this fest is still more than half male. But, onward.)

Basically, buying tickets to any show—each performance is sold separately—guarantees your best night out ever. Standout talent includes Ali Wong at the Wiltern (reports from her Milk & Money tour dates say she’s equal parts filthy and hilarious) and Amy Schumer, definitely pushing the envelope at the Palladium. At the Wilshire Ebell Theatre, you can be sure Michelle Wolf is going to get political. And yes, TV’s Grace and Frankie themselves, Jane Fonda and Lily Tomlin, are appearing live together onstage. (And before we go any further, a shout-out to the lineup of major male talent, including Dave Chappelle at the Hollywood Bowl.)

The inclusiveness doesn’t end there, with an LGBTQ+ celebration at the Greek Theatre, which includes Hannah Gadsby, Margaret Cho and Rosie O’Donnell. And at the Hollywood Improv, prepare for gut laughs while seeing They Ready Live, a lineup of six diverse comics curated by Tiffany Haddish.

See the full lineup at netflixisajokefest.com, and get two tickets to something today.

L.A. Author Joan Didion Is Having a Moment (Again)