Here’s Why Rudy Huxtable Is a Feminist Icon

A lot of what I learned about feminism came from watching The Cosby Show. There was Clair Huxtable, the graceful, yet dignified matriarch who made balancing a full-time job and motherhood look easy. But more importantly, she never stood for sexist behavior (remember when she clapped back at Denise’s boyfriend for his insensitive remarks in season one?). Then there was Clair’s eldest daughter, Sondra, who shined as the progressive, Princeton-educated woman who whipped her chauvinist boyfriend into shape. Though I didn’t know it at the time, these fierce ladies were teaching me the basics of feminism 101. But while they played a key role in my introduction to the movement, it was 8-year-old Rudy Huxtable—the queen of sass and a proud women's rights advocate—who left the biggest impression on me. 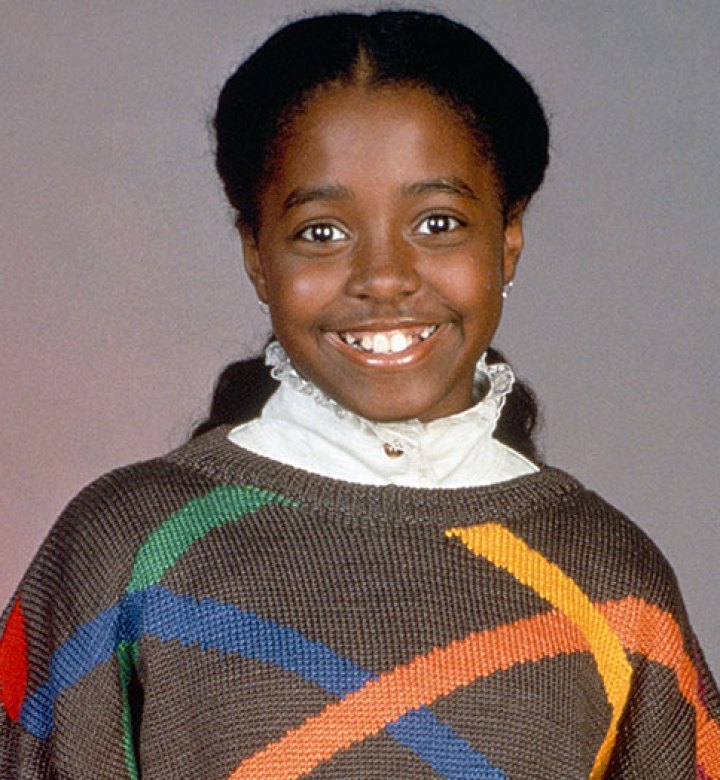 Rudy (portrayed by Keshia Knight Pulliam) was the youngest of the Huxtable family—a wide-eyed and innocent 5-year-old who had her parents wrapped around her finger (remember when her entire family dressed to the nines for her pet fish’s funeral?). But then, over the course of eight seasons, Rudy blossomed into a spirited and outspoken character—still sweet enough to win the most favor and attention, but sassy enough to shut down anyone who dared to question her abilities.

Meanwhile, I was the youngest of four in a middle-class family in Brooklyn. Doe-eyed and eager to please, but not quite as bold as Rudy was, thanks to the strict and conservative upbringing of my immigrant parents. Still, when I was in elementary school, I saw myself in her character—all the way down to her brown skin and natural hair. Plus, she dealt with real issues that reflected my own. I knew the struggle of never having a room to myself, like how Rudy shared her room with Vanessa and Olivia. And when Rudy refused to go to school because she was still flat-chested, I recalled how insecure I felt in my own prepubescent body. Mostly, I knew what it was like to feel dismissed as the “baby” in the family. Rudy made me feel like I wasn’t alone. If she could get through these frustrating hurdles, then so could I.

Rudy knew how to turn on the charm, but she never let her size or her place in the family minimize her big personality. She was bold, strong-willed, opinionated and quick to remind her peers that she’s the boss—a quality that I rarely saw in younger Black girl characters. For instance, Tootie Ramsey was a bubbly gossip queen, Laura Winslow was vain and boy-crazy, and Ashley Banks, though lovably awkward and carefree, was nowhere near as radical as Rudy until she reached her late teens. Of course, this isn’t to say that there was a shortage of young female role models on screen, but Rudy stands out because she was a passionate ally for gender equality at just 8 years old.

For example, Rudy’s first friend on the show is introduced as “Bud”—not because it’s his real name, but because Rudy said so. Then, in follow-up episodes, Rudy continues to put Bud (er, excuse us, Kenny), in his place when they debate about gender roles. There’s one standout scene when Kenny insists on opening the door for Rudy because it’s what a “man” is supposed to do. Rudy defiantly responds, “Sondra says a woman can do anything,” to which Kenny says, “No, a woman is supposed to do what a man says.” In a total boss move, Rudy looks straight back at him and says, “Not me.”

Another classic example of Rudy’s fiery nature happens in season four, when Kenny, Rudy’s trusty foil, tells Rudy he thinks she’d marry him if told her to. Rudy replies, “No I wouldn’t. You have to earn my love.” Kenny retorts that all women can give their love automatically. Rudy’s comeback? “Not this woman.”

It’s one thing to see mature and educated grownups embody the ethos of women’s equality, but it hits a bit different when a young Black girl who looks like me insists on getting her way, all while keeping her misguided best friend in check. Rudy showed me what feminism really looked like: flawed, complicated and equal. Yes, she could go back and forth with boys about gender without missing a beat, but she’s also the same kid who swiped her mom’s cash to get a stylish new sweater, and who purposely hid teachers’ notes to avoid getting into trouble. She was sweet, yet cunning. Caring, but sometimes impulsive. And of course, she didn’t have everything figured out. But these qualities only added depth to her character, making her an even more authentic feminist icon.

And 20 years later, that little girl watching TV in Brooklyn now has no problem telling boys, "not this girl."