Everything We Know About Reese Witherspoon’s Husband, Jim Toth

Did you ever notice that Reese Witherspoon somehow manages to keep private details about her relationship out of the press? Pretty impressive for an A-list celebrity.

But the truth is, the 43-year-old is married and has been for the last eight years. And she and her talent agent husband have been masters of the marriage game since they tied the knot in 2011.

So, who exactly is Reese Witherspoon’s husband, Jim Toth? Here’s everything you need to know about the Big Little Lies star’s other half. 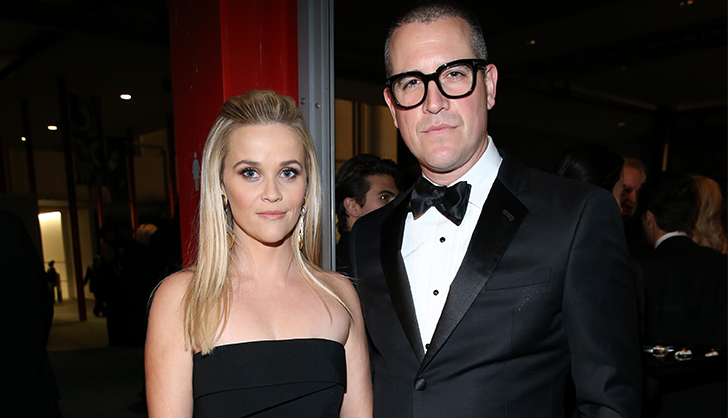 And while he isn’t specifically Witherspoon's agent, he is the co-head of the motion picture talent department at Creative Artists Agency (the agency which reps her). Toth represents A-list stars including Scarlett Johansson, Robert Downey Jr. and Matthew McConaughey. Impressive.

He also helped to found a cancer charity, Stand Up to Cancer, after losing his father.

“My husband lost his father to cancer seven years ago,” Witherspoon told People in 2016. “And it has been his mission to raise money for SU2C and raise awareness about early detection and cancer research.”

In an interview with Elle, Witherspoon opened up about their first encounter, which included a friend’s party and a “really drunk guy.”

“It happened out of the blue,” she said. “This really drunk guy was hitting on me, making such an idiot of himself, yelling at me. He was like, [slurring, scowling, pointing finger in her face] ‘You don’t know me.’ And I was like, ‘Yeah, I know. I don’t know you!’ Jim came over and said, ‘Please excuse my friend. He’s just broken up with someone.’ Jim was a really good friend, pulling him out of that situation. That’s just kind of who he is, a really good person.”

3. When Did They Get Married?

The two tied the knot in March 2011 at a private ceremony at her ranch in Ojai, California after being engaged only about three months.

According to People, a pre-wedding cocktail hour took place before the 20-minute ceremony and Witherspoon walked down the aisle to “Here Comes the Bride” in a Monique Lhuillier dress.

4. Do They Have Any Children?

Shortly after their wedding, the duo announced they were expecting their first child together. The Legally Blonde actress gave birth to a baby boy, Tennessee James Toth, on September 27, 2012.

Witherspoon also has two children, Ava (20) and Deacon (16), who she shares with her ex-husband, Ryan Phillipe. According to Witherspoon, her hubby is wonderful with all of their kids.

“He’s an incredible man, a wonderful organizer, a great leader,” she told People. “He knows how to get people together. He’s very patient and funny with the kids. And he really encourages them to see the humor in life.”

5. What Makes Their Relationship Work So Well?

Well, for one thing, Toth has been Witherspoon’s biggest supporter from the beginning.

When asked by fellow actress Natalie Portman what the secret to a happy marriage was, Witherspoon told Harper’s Bazaar, “In a true partnership, people need to be appreciated for everything they bring to the table. I have a husband who supports my dreams and my ideas. He helps me with everything. I'm very lucky.”

He also encourages her to take some behind-the-scenes roles such as producing. “He said, ‘You should produce movies. You read more books than anybody I know. You should just buy some of them and turn them into films,’ ” she revealed in the same interview.