If there's anyone who can pull off a modern-day version of Blade, it's Jamie Foxx.

I know—it's a bold statement to make. But don't forget, this is the same actor who transformed into a terrifying super-powered villain in The Amazing Spider-Man 2, a slave turned bounty hunter in Django Unchained and a charismatic undercover detective in Miami Vice. The Oscar winner has been impressing fans with his dramatic chops for decades, having mastered the art of sneaking some silly humor into the most intense moments. So now, it comes as no surprise that the Ray star is venturing into vampire territory.

Netflix's new vampire comedy, Day Shift, which drops today, stars Foxx as Bud, a California-based pool cleaner who secretly hunts vampires and sells their fangs on the black market. But when he learns that his estranged wife is making plans to move their daughter to a more affordable home in Florida, Bud gets desperate and enlists the help of his good friend, Big John (Snoop Dogg), to help him secure more lucrative vampire hunting jobs. 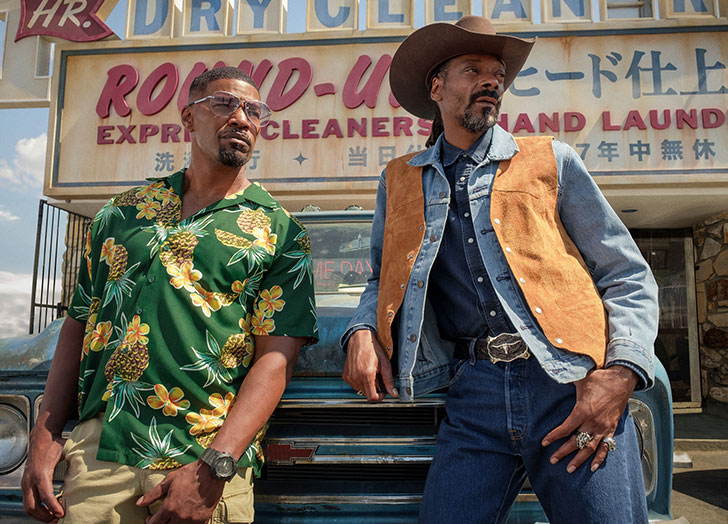 Fortunately for Bud, who was kicked out of the union for vampire slayers because of his rogue behavior, the director, Ralph, gives him a second chance. But there's just one problem: Ralph wants to get rid of him as quickly as possible. And to make that happen, he persuades Seth (Dave Franco), a timid union rep, to partner up with Bud and keep a record of all his violations.

First off, Foxx totally nails his role as the fun dad/mysterious pool guy/menacing vampire hunter. It's fascinating to see how Bud code-switches (and with such ease) as he takes on different tasks, from wrestling with a vicious neck-biter to casually taking his daughter out for yogurt. But anyone who's familiar with the original Blade films will notice hints of Wesley Snipes's gruff character, from Bud's confident swagger to his intimidating first meeting with Seth. Still, it appears that this character isn't necessarily trying to be the next Blade—which is a good thing. For instance, Foxx occasionally inserts his unique brand of humor—like when he debated with Seth about his thoughts on the Twilight series. 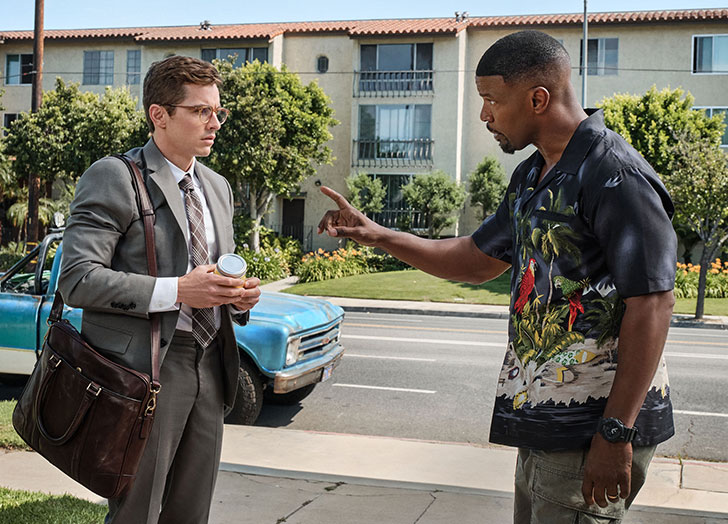 But Foxx isn't the only star who stands out. Franco truly captures the geeky, awkward sidekick to a T, and Snoop Dogg, who plays the smooth-talking action hero, steals almost every scene that he's in. But though these actors deliver good enough performances to keep people watching, the plot is quite predictable and the jokes only moderately funny. The film plays out like your typical, run-of-the-mill buddy-cop comedy (think: Ride Along or The Heat). Only in this case, they are hunters going after creatures of the night—and there's a small twist to the vampire mythos. (Apparently, these powerful neck biters that can disappear and walk in the sun. And due to their regenerative abilities, a simple stake through the heart doesn't always do the trick.)

Still, there are plenty of bloody action scenes that'll satisfy fans of the vampire genre. Perry also did a decent job of including subtle commentary about gentrification and the drawbacks of being part of a labor union. For example, Bud's wife, Jocelyn (Meagan Good), feels pressured to move as Audrey (Karla Souza), a wealthy realtor and secret vampire, infiltrates the neighborhood and purchases all the property to create an exclusive empire for her own clan. And then there's Bud, who experiences a major change in his work life after getting back into the union. Almost immediately, he's reminded that he will have less freedom and flexibility when he's out in the field. 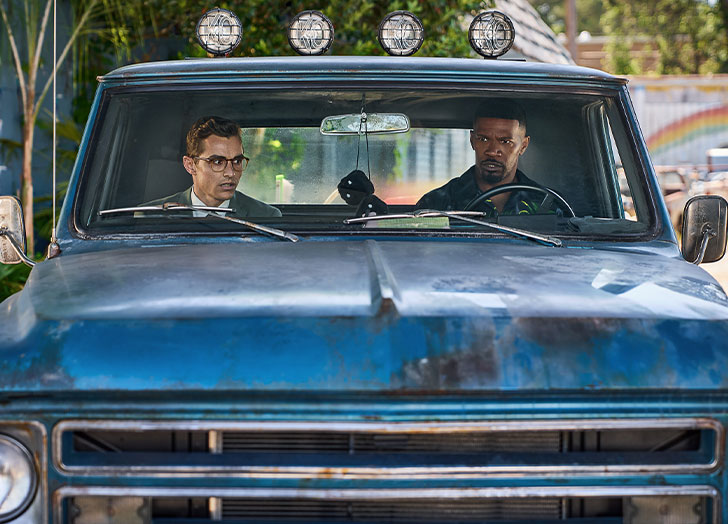 Jamie Foxx and Dave Franco's chemistry shines through in this fun vampire comedy, and die-hard fans of the vampire genre will definitely appreciate the gory fight scenes, but there's still some room for improvement in the predictable plot.

Get more movie and TV show reviews by subscribing here.