Why Is Nobody Talking About How Max from ‘Hocus Pocus’ Is a Terrible Person?

If you asked me about Hocus Pocus a week ago, I would've sung its praises without question.

Sure, I hadn’t seen the film in more than a decade, but as far as I was concerned, it had all the makings of an iconic childhood film: mild scares, silly moments, a stellar cast and, of course, all the nostalgia. Bette Midler’s fabulous performance of “I Put a Spell on You” only added to my blind obsession with this Disney comedy. But now, after revisiting the film as an adult, I have to say, I have a serious bone to pick with Hocus Pocus.

I know, I know. The ‘90s flick is a huge classic. One that’s endured as a Halloween staple for nearly three decades and even inspired an upcoming sequel. But before you dismiss my opinion as blasphemy, I implore you to remove that cozy blanket of nostalgia and look at this movie for what it really is: a vehicle for a really terrible protagonist.

The film might arguably have a number of flaws—there are a ton of non-child-friendly scenes and ﻿was it ﻿really necessary to harp on Max’s virginity throughout the entire film?﻿—but ﻿my main grievance with this classic is that we’re expected to root for Max (Omri Katz), a protagonist who isn’t the best role model for kids.

No, scratch that, Max is straight up a horrible person. And no one else seems to be acknowledging this.

I’ll admit, while watching this movie as a kid, I always thought that Max was a total dreamboat. So yes, it’s likely that I was too distracted by his face to notice his many flaws. But now, he strikes me as bitter, moody and insensitive. Yes, I get that he feels out of place after moving with his family to Salem, so this isn’t to say that his feelings aren’t valid. But does that justify taking his anger out on everyone? For example, it's hard to miss his callous attitude towards his parents when he leaves to go trick-or-treating, and the way he lashes out at his little sister, actually making her cry after telling her to “get out of [his] life,” is totally uncalled for. Worse yet, he's rarely ever held accountable for his toxic behavior.

Add to this the disturbing fact that Max only seems to care about what his sister wants when she is in a position to help him score with Allison (Vinessa Shaw). If you recall, the siblings wander into her home as they’re trick-or-treating and when Max sees her, he suggests that they all swing by the Sanderson house for fun﻿—even though his little sister is clearly uncomfortable with the idea.

Instead of listening to her concerns, he desperately pleads that he will do anything for her, just as long as she sucks it up and lets him have his moment with Allison.

Seeing this unfold as an adult, I couldn’t help but feel sorry for Dani (Thora Birch). Here is this little girl, getting way more than she bargained for on Halloween night because her dense and self-centered brother wants to impress his crush. Even if that means putting her safety at risk. 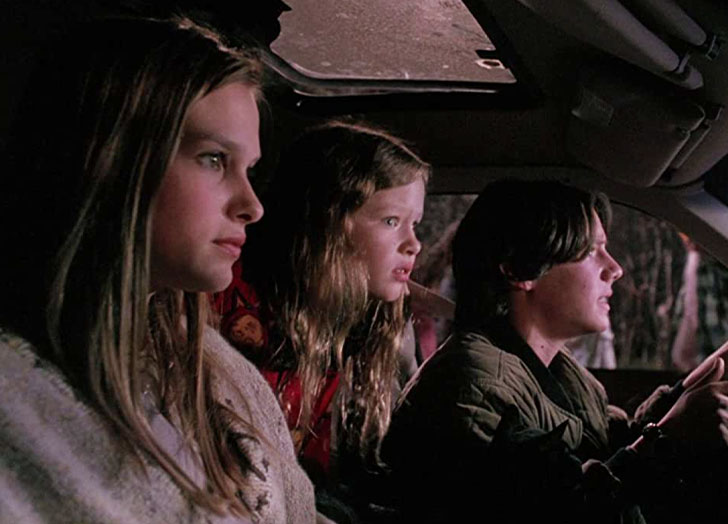 Oh, and can we talk about that opening scene, where Allison totally shuts down Max's argument and he responds by casually handing her his number, as if he's doing her a favor? That move alone reeks of arrogance and overconfidence. And as if that isn't enough, we also have to watch him cuddle a pillow and pretend that he’s holding her, saying that she’s “so soft.” *Shudders*

But my issues with Max don’t end there.

One thing that's always bugged me is how he leaves two people to die in the Sanderson sisters’ house at the very end (or at least that’s what we’re led to believe). Again, I understand that he wants to get revenge on these bullies for taunting him and his little sister, but his cold response makes me cringe. It's one thing to get back at someone by embarrassing them or messing with their heads, but leaving them locked up in cages when their lives are at risk? That just strikes me as heartless.

Given that Max is unlikely to return, my enthusiasm for the sequel has only slightly waned with this rewatch. ﻿﻿Of course ﻿I’m still down for another brilliant musical number that slaps (bonus if it’s performed by the Sanderson sisters again), but I need a lot more than just this trio of iconic actresses. Let's add a compelling, well-rounded protagonist and we just might have something that's promising.

RELATED Where Is the Hocus Pocus Cast Now?