The 10 Most Haunted Places in Los Angeles

Halloween is a spooky time but remember, ghosts and spirits don’t just get all active, vocal and visual at the end of October. There are haunted places in Los Angeles that you can visit all year round if you’re wanting that prickly cold feeling on the back of your neck—and we’re not talking air conditioning here, skeptics! From haunted hotels to a spooky bridge featured in La La Land, and even the famous Griffith Park, here’s a little tour of haunted L.A.

The 21 Best Halloween Events in Los Angeles, from Haunted Houses to Drive-Thrus 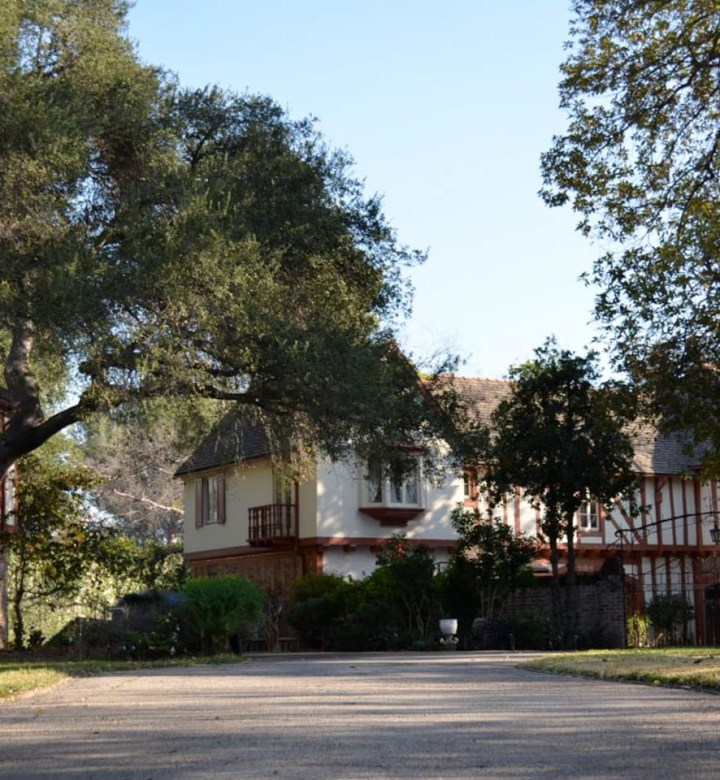 When this castle-like home was built by ornithologist Robert Moore in 1929, the story goes that he hired different workers every day so that no one would learn his secrets (is birdwatching really that hush-hush, Mr. Moore?). He lived there until he died, on the day before Halloween in 1958, and some claim that his spirit still roams the halls. There is no record where Moore was buried, so he may well still be somewhere on the property. While the house was listed on AirBnB a few years ago, it is no longer possible to sleep over there, although it does seem to be available for photo shoots and filming. 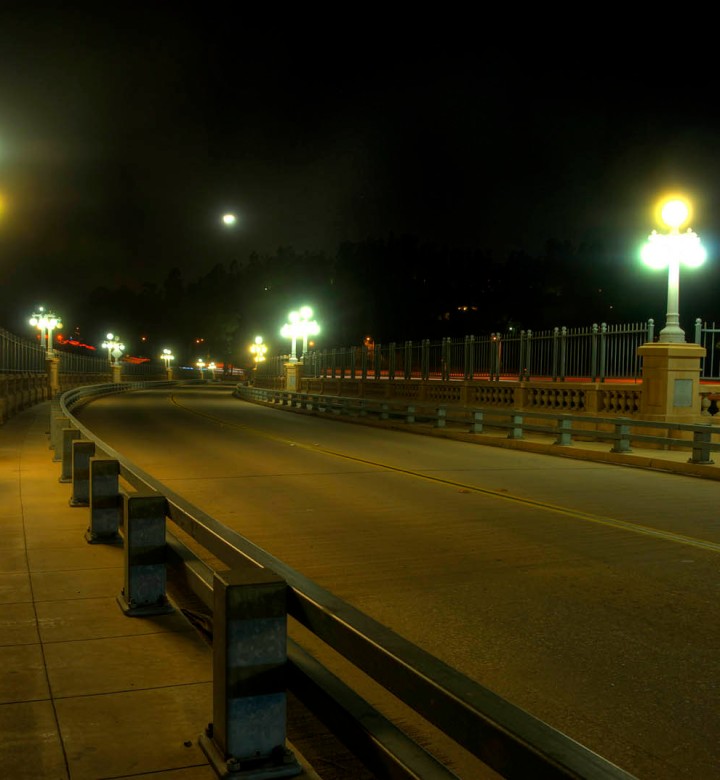 Remember that romantic stroll that Emma Stone and Ryan Gosling took across a sweet bridge in La La Land? Well, sorry for the buzz kill, but the expanse is popularly known as the Suicide Bridge, or more formally, the Colorado Street Bridge. It’s a splendidly arched Beaux-Arts style construction opened in 1913, distinctive because it’s curved in order to place more footing on solid ground over the Arroyo Seco. According to legend, the bad vibes started during construction when a worker fell to his death, landing in the wet cement under the bridge. It then supposedly became a frequent site of people jumping to their deaths, including a woman who threw her child off (it survived by landing in a tree) then followed (the mom perished). More recently, the site was featured in Lana Del Rey’s video Summertime Sadness (actor Jaimie King throws herself off—yikes). 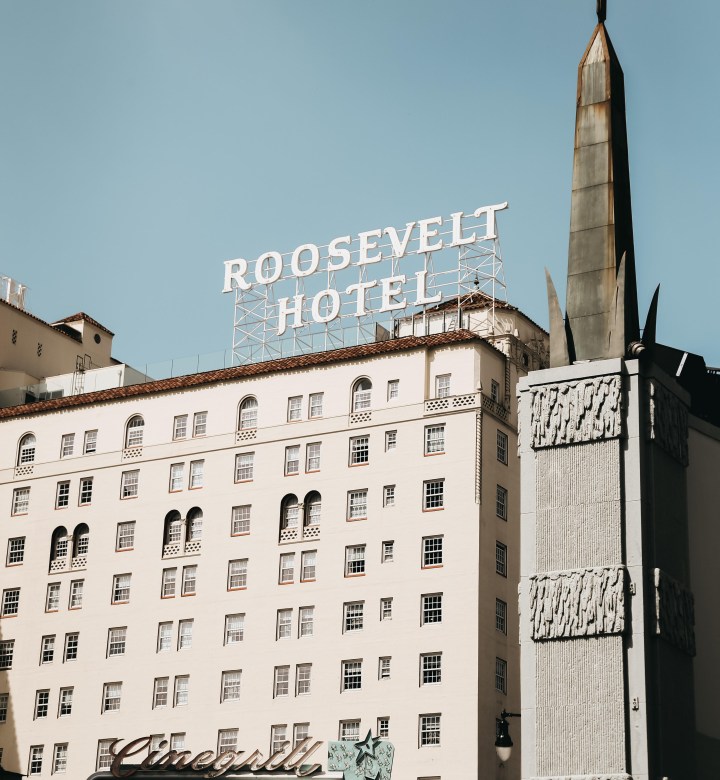 Of course, there would be celebrity ghosts in the Hollywood Roosevelt, Hollywood’s longest continually operating hotel, open since 1927. Such as Marilyn Monroe, who is said to appear in mirrors touching up her lipstick, and Montgomery Clift, who lived in the hotel and can be heard practicing his trumpet, or just appearing as a shadow against a wall where no shadow should be. The hotel was the location for the first Academy Awards ceremony in 1929, and one ghost is said to be that of a deceased actor who is reenacting showing up for the ceremony, hoping to win an award. Then there is the spirit who loves to play the piano, and another who locks people out of their rooms. And saddest of all, the 5-year-old girl who is said to roam the halls calling for her mother. It’s a lot—so maybe between ghost sightings you should relax by the pool, famously painted with a pattern by artist David Hockney.

The first grand hotel in newly settled Southern California, Pico House was built in 1869 and named for Pio Pico, the successful businessman who was the last Mexican governor of Alta California. The construction was lavish, with 80 rooms, large windows, an inner courtyard and a grand staircase. It rose in the middle of a plaza where society’s elite mingled with Wild West outlaws and where brothels, gambling halls and saloons were the draw. There have been various reports of mysterious footsteps and shadows at the hotel, which is now a municipal monument as part of El Pueblo de Los Ángeles Historical Monument. But is the haunting from the long-dead governor Pico or is it from the Chinese massacre of 1871, a lesser-known and shameful period in history and one of the largest incidence of mass lynching in U.S. history? The massacre occurred on October 24, 1871, when a mob of 500 men came to Chinatown to attack the residents. This was allegedly an act of revenge for the killing of a local rancher who was caught between the gunfire of two Chinese groups who had a longstanding feud over the abduction of a Chinese woman named Yut Ho. Horrifyingly, 18 Chinese men were hanged around the downtown business section, and the Chinese-owned buildings in the area were robbed. In the years after, the area’s fortunes boomed and went bust, and Pico House spent some time as a shabby rooming house. Then in 1953, it was deeded to the State of California, who maintains it today. 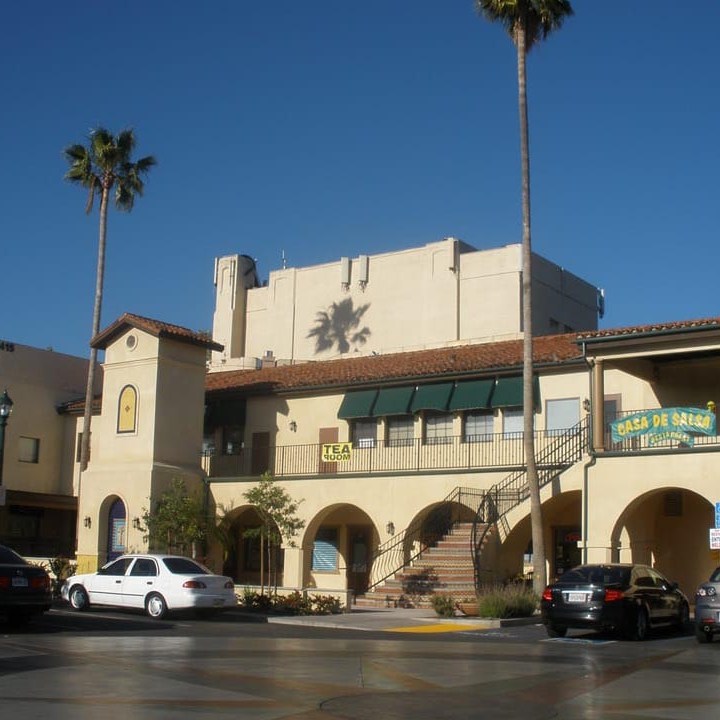 Back in the 1970s, the building housing the high school in the sleepy collegiate village of Claremont was deemed not up to the state’s earthquake code for students. So, Cali expansion and mall culture being what it is, the so-called Old School House was turned into a shopping center. While it’s been a long time since any teens were playing sports here, there are reports of a basketball-loving teen dribbling a ball near a cement staircase to the rear of the main building. Doors open and close on their own and there are strange cold currents of air that give shoppers the creeps. There have also been reports of a young girl crying in the corner of a shop, but upon closer inspection there’s just an eerie mist. That does it—along with reports that some adjoining land is being developed into a subdivision with condos, we are definitely feeling spooky IRL Poltergeist scary Spielberg vibes. 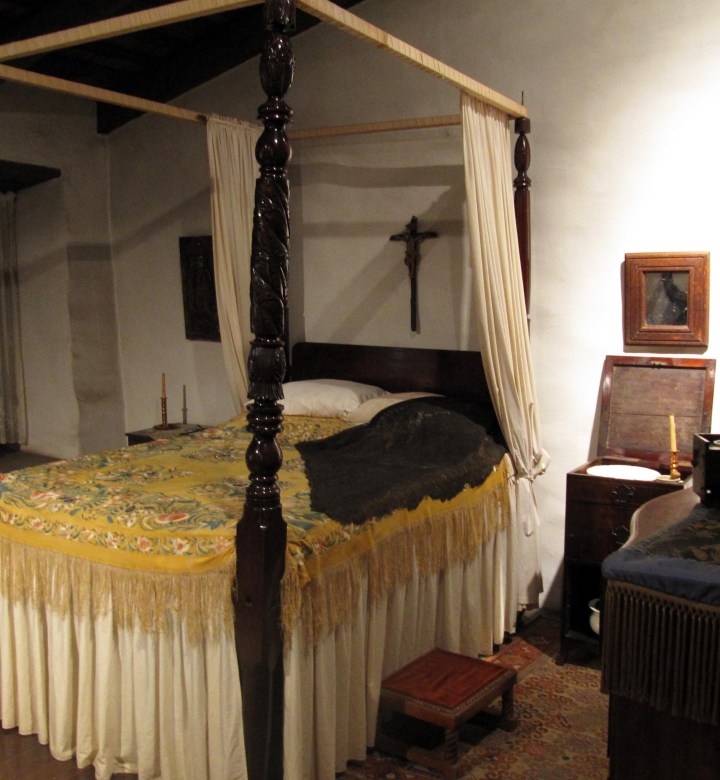 It makes sense that the oldest standing house in Los Angeles might have not just some old brickwork, but also some old life force in situ. That’s the story told about Avila Adobe, the home of a ranchero named Francisco Avila who became mayor in 1810. According to the Annenberg Media Center at USC, the site’s history as homestead, hotel and later housing for troops reflects the many stages of development of our city. Today Francisco Avila is said to be looking over his impressive property’s place of honor in spirit form: He’s been seen inside the house, the courtyard and in front of the house, and his heavy boots clomping the floors have also been reported. Meanwhile, his second wife, Encarnación, has been seen in a rocking chair on the porch, and the sound of a woman wailing (presumed to be her) has emanated from the master bedroom. The crying has been interpreted as her immense sorrow over her husband’s death, although, if I saw 300,000 tourists walking through my home every year (the Avila Adobe is open to the public, and there’s a museum on site), I’d be wailing over what they are doing to my floors. 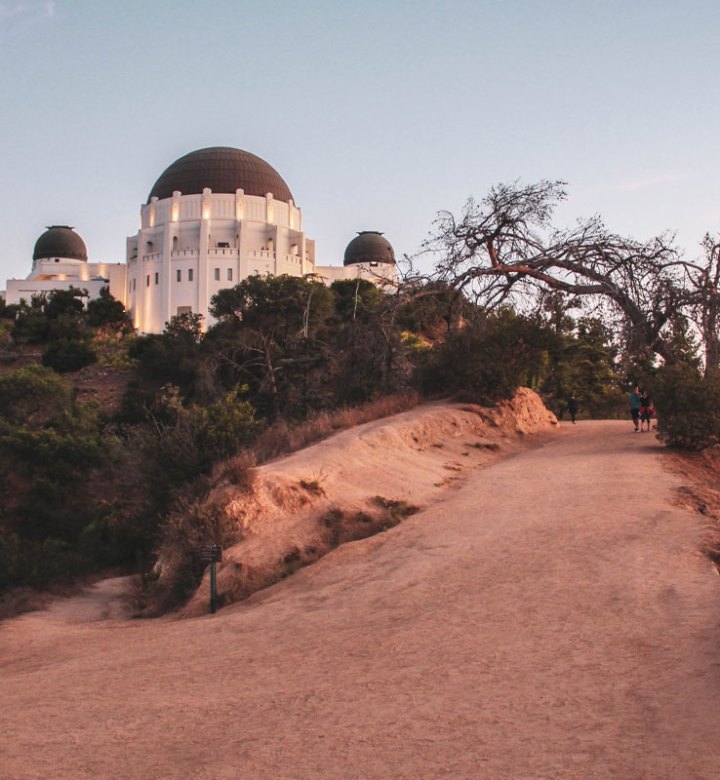 LA’s beloved urban park has a long and storied past. It is said that the park has been cursed since 1863, when the then-dying landowner Don Antonio Feliz was swindled into leaving the land to a politician named Don Antonio Coronel instead of to Feliz’ sister and niece. His blind niece, Dona Petronilla, allegedly put a curse on the land. Misfortune supposedly followed Coronel’s family and his lawyer who was present. Curses aside, the ghosts of Feliz and his niece have supposedly been seen riding horses around the land. There’s also the haunted picnic table #29, where a pair of lovers is said to have been crushed to their death by a tree, and those who tried to remove the tree after have been met with death. Of course, within Griffith Park is the Old Zoo which has ghost stories of its own, where a death cult allegedly held their weekly meetings after the zoo was abandoned.

This popular hiking trail in Whittier has a lot of ghost stories and legends surrounding it. According to history, Spanish conquistadors killed members of the Gabrielino tribe during the colonial period and the Gabrielinos dubbed the area “the dark place.” And legend has it that cultists kidnapped children for ritual sacrifices in the canyon, not to mention the rumor of an asylum somewhere around the area. Stories aside, we do know there was a plane that crashed in Turnbull Canyon, killing all 29 passengers on board. There was also a recorded incident of an attempted murder here in 2009 and a murder in 2011. With all the dark stories surrounding it, there are plenty of rumors of ghost sightings, dark energies and even a “hanging tree” where someone can be seen hanging from it.

The inspiration of American Horror Story season five, Cecil Hotel gained even more notoriety with the release of the Netflix documentary series in 2021. The documentary focused on the disappearance of a Canadian college student, Elisa Lam, who was staying there on a trip to Los Angeles. During the search, a video of her behaving erratically in the elevator went viral on the internet and her body was later found in the water tank after several guests complained about the dirty water. The sordid history of Cecil Hotel goes much further back, though. The hotel opened in 1927 but unfortunately the Great Depression soon followed. There have been multiple suicides reported at the hotel, as well as the story of 19-year old Dorothy Jean Purcell who gave birth at the hotel and reportedly threw her newborn baby out the window. A few serial killers have stayed at the hotel and there are some unsolved murders that happened here as well. The hotel has now been renovated and reopened as low-income housing.

Los Angeles’ most famous “murder house”, the Los Feliz Murder House is a large, Spanish Revival mansion that was once the home of Dr. Harold Perelson and his family. On the night of December 6, 1959, Dr. Perelson took a ball-peen hammer and murdered his wife with it. He then attempted to murder one of his children, Judy, who managed to escape. Perelson ended his own life by overdosing on nembutal. Rumor has it that the house has been abandoned since the murder-suicide and it seems the family who purchased the house at an auction after had only used it for storage. Someone finally purchased the house in 2020 for $2.3 million, though, but not much has been done to the house and no one ever moved in, and the house is currently relisted to the tune of $5.5 million.

The Queen Mary is a historic British ocean liner that first sailed in 1936 and was once named as one of the Top 10 Most Haunted Places on Earth by Time Magazine. There are many reports of supernatural occurrences from wet footprints allegedly from the ghost of a child who drowned in the swimming pool, the ghost of a crewman, and sudden temperature drops. In particular, room B-340, which was formerly a third class cabin, is the most famous of all for its hauntings and has been featured on Ghost Hunters and The Most Haunted. The Queen Mary operated as a hotel and tourist attraction for a while, but it is temporarily closed for repairs, though parts of it could reopen by the end of the year.

Heritage Square Museum is a living-history museum with a collection of eight historic buildings built in the late 1800s. With such a long history, the homes unsurprisingly come with a few haunting stories (even the museum’s website says the homes are “visited” by its past owners from time to time and the docents leading your tour may also say the same) including apparitions of children and people falling under trances. The Hale House is said to be haunted by a previous owner while some say Perry Mansion is haunted by the original owner’s daughter. The Longfellow Hastings Octagon house is said to be haunted by two children who died of tuberculosis.