When the 44-year-old comedian sat down with PureWow almost a year and a half ago, Bros was in its early production stages—but the film was already making history. As the first LGBTQ rom-com ever produced and distributed by a mainstream studio (and featuring an entirely LGBTQ principal cast), the pressure was on. But for Eichner, the main goal was for audiences to have a good time. “The biggest hope is that people just think it’s funny, that they relate to it, or they’re moved by it,” he said back in 2021.

Yet, at the same time, the man famous for his brazen Billy on the Street sketches wasn't trying to make something palatable. “Sometimes it feels like [LGBTQ+ stories] are meant to appease or not alienate straight people, by getting too specific about our lives,” he said. “And I understand the reason for that but I think we’re at the point now where we can really be honest.”

Flash-forward and Bros has finally arrived in theaters, and it's fair to say that Eichner achieved what he set out to do. The film pays homage to its predecessors while also being a rom-com unlike anything that's ever come across the big screen. It's unabashedly gay, proud, raunchy and romantic, while also full of laughs throughout.

In Bros, we follow Bobby Lieber (Eichner), a popular podcaster/history buff who becomes the curator of a landmark LGBTQ+ history museum being unveiled in New York City. However, as Bobby tries to get everything ready leading up to the museum's opening, he finds himself entangled in a romantic relationship with a CrossFit-obsessed lawyer named Aaron (Luke Macfarlane).

Their romance is not easy. In classic When Harry Met Sally... fashion, the pair play a game of back and forth before their friendship develops into something more, and it's hard for these two to overcome their fears. Bobby is an outspoken, hard-working professional, but he struggles with insecurities. Meanwhile, Aaron is a thoughtful, creative individual who suffers from body dysmorphia and a fear of expressing himself.

We watch these two navigate their personal stumbling blocks, whether Aaron is afraid of Bobby being too outspoken in front of his more conservative family, or Bobby thinks he has to bulk up in order to impress Aaron. And sure, while we've seen similar themes explored in queer teen shows like Love, Victor and Heartstopper, it's still refreshing to follow the story of two gay thirty-somethings navigating first love. 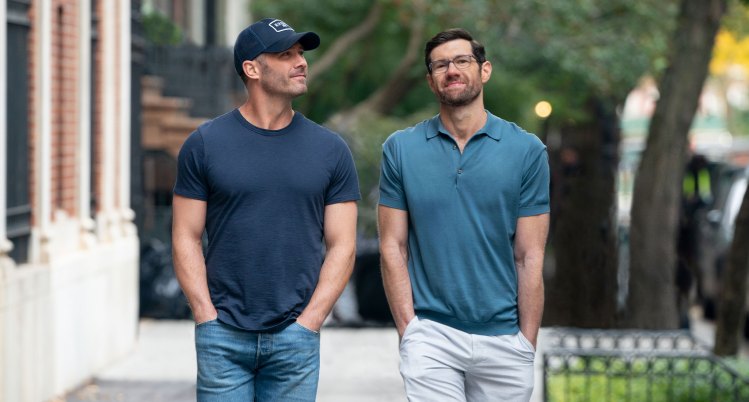 And while Bros pays tribute to the famous rom-coms that came before it (which have pretty much always centered around straight couples), it nods to famous queer films as well. In one Brokeback Mountain-esque moment, Bobby and Aaron are furiously wrestling together on the ground before it transforms into passionate kissing. Meanwhile, a trip the couple takes to Provincetown has echoes of Fire Island (and there's even a cameo from Bowen Yang).

But unlike the many gay films before it that have notoriously ended in tragedy, Bros opts for laughs. Eichner's whip-smart, pop culture-referencing comedy from Billy on the Street is easily recognizable in the film's script, and with Judd Apatow (Superbad, Bridesmaids) producing and Nicholas Stoller (Forgetting Sarah Marshall, Neighbors) directing, it's no surprise that Bros is a riotous trip.

If there's one flaw with Bros it's that sometimes the movie feels a little too preachy, or like it's stretching to check boxes for every member of the queer community. However, when it's not trying too hard, Bros is a laugh-out-loud experience that also comes with unexpected moments of emotion. Meanwhile, Eichner's willingness to poke fun at recent pop culture phenomenons, like Schitt's Creek, demonstrates that no one is safe when he starts writing, and the watching experience is all the funnier for it. 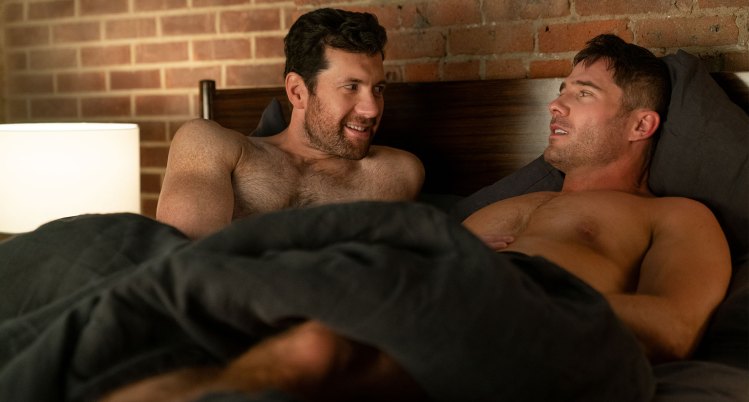 Bros is not only a landmark piece of LGBTQ+ cinema, but it's also a genuinely romantic story of two men trying to make it work (featuring all the laughs that come with the perils of dating). For those who love Billy Eichner's fast-paced, pop culture-laced humor in Billy on the Street, they will be pleased to know that he brings that same energy to Bros. This movie wasn't made to satisfy straight viewers, but it's a comical, heartwarming watch that should be enjoyed by all.

Want more film reviews sent to your inbox? Subscribe to our newsletter here.