Marilyn Monroe is a figure who needs no introduction—an icon so well-known that she would be just as easily recognized by your grandparent as your toddler. And while the blonde bombshell was practically omnipresent during her career, she's remained just as prevalent in the afterlife. Whether she's being referenced in Lady Gaga songs or inspiring Dolce & Gabbana fashion lines, the actress's impact feels timeless.

Due to the endless curiosity around Monroe and her controversial life, many have tried to tell her story. From the 2011 Oscar-nominated film My Week with Marilyn to the carefully-researched documentary Love, Marilyn, many filmmakers and industry titans have attempted to understand the girl who was born Norma Jeane Mortenson.

Now, the latest release to explore her life is Blonde, a fictionalized drama from Killing Them Softly director Andrew Dominik, which is based on the 2000 Joyce Carol Oates novel of the same name. Ana de Armas (Knives Out) plays Monroe with breathtaking emotion, and she is a tour de force throughout the film. However, when it comes to the script and certain directing choices, it feels like the viewers aren't actually brought any deeper into who Marilyn Monroe really was.

Before Blonde even saw its release, the film was met with controversy—it was given an NC-17 rating due to its graphic content, and quickly, viewers worried about how the film would depict the Some Like It Hot star.

To begin, it must be said that Blonde is an unsettling, and even disturbing watch. Early on, we are met with scenes of sexual abuse and physical violence, and viewers are shown Monroe's mistreatment by others for the film's nearly three-hour runtime (while we also witness the star's own mental deterioration). Blonde feels like a Hanya Yanagihara novel in the way it depicts its subject's misfortunes in such unflinching detail. However, unlike a Yanagihara novel, there doesn't seem to be the same care given to its protagonist.

It is also important to point out that Blonde is supposed to be a *fictional* representation of Monroe's life, just like its source material. These scenes cannot be taken for fact, and they were only inspired by real-life events. Still, while Dominik clearly had some cutting to do from Oates's 700-page novel, it feels as if he only wanted to focus on the most troubling sections. 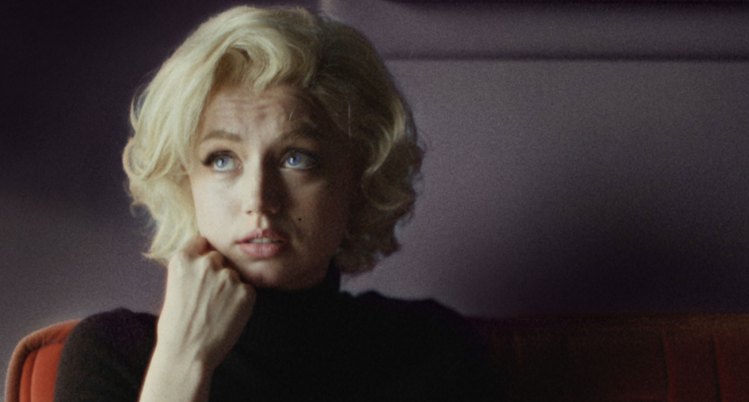 Much of Monroe's life has been the subject of intense press, from her marriages to Joe DiMaggio and Arthur Miller (played in the film by Bobby Cannavale and Adrien Brody) to her mysterious relationship with U.S. President John F. Kennedy (portrayed by Caspar Phillipson). But we only see vignettes of these relationships, and it's hard for the viewer to get a grasp on who Monroe was as a partner and a loving individual. Throughout the film, it feels like Monroe has so much love to give, but it's hard for us to understand how these relationships developed.

And while Monroe's private life was often splashed across tabloids, it's fair to say her sexuality was equally headline-grabbing. However, once again, the film offers little in showing how Monroe came into her own sexuality. The Seven Year Itch star is treated mainly like an object for other people's desires, and while she did (and still continues to) suffer from this treatment, it would have been refreshing to see how Monroe enjoyed her own pleasures without merely being the subject of the (heterosexual) male gaze. 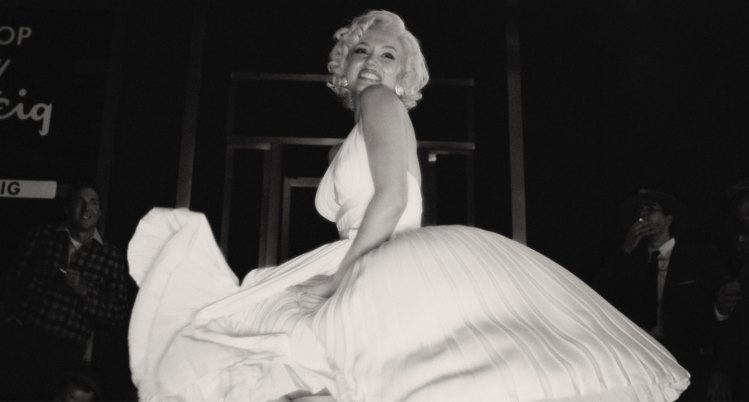 Blonde's attempt to be an unconventional portrait of the Hollywood legend is admirable, and there's no denying that it's gorgeously constructed. The way scenes of the film alternate between black-and-white versus color is captivating. Meanwhile, the narrative flows like water, seemingly following a linear path, but at times swerving in entirely unexpected directions. Moments change with the flash of a camera bulb, possibly as a representation of how Monroe's life felt to her.

But while, at times, these artistic choices work to Blonde's advantage, there are other moments where you can't help but wish the dramatization would follow a more conventional path. It would have been great to see more from Monroe's early years in the industry, and absolutely no time is dedicated to her first husband, James Dougherty. As a viewer, we don't even get a sense of why Monroe wanted to be a part of Hollywood in the first place. 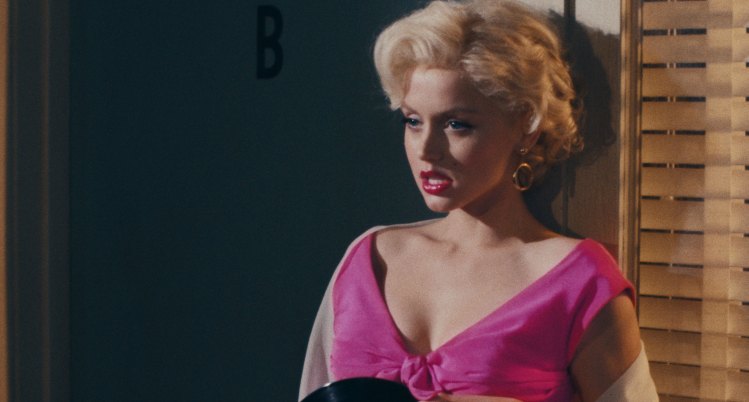 Although Blonde suffers for these reasons, it's buoyed by de Armas, who gives a staggering performance as Monroe. It's no wonder the 34-year-old got a 14-minute standing ovation at the Venice Film Festival. She gives the role her all, and it would frankly be shocking if she didn't receive an Academy Award nomination by the time awards season rolls around.

De Armas handles all the heavy subject matter with grace, and she breathes new life into the figure of Monroe. While certain scenes may feel like exploitative or superficial sketches of the starlet, de Armas can change the moment with just one look in her eyes or a gesture she copies from her ailing mother in the film.

Meanwhile, de Armas so completely transforms into the role that you forget you're not actually watching Monroe. It was reported that the Deep Water actress worked with a dialect coach for a year and studied hundreds of documents of the ’50s icon, and her hard work certainly paid off. De Armas fully manifests Monroe's struggle, and she's so moving that you want to reach through the screen and help her. 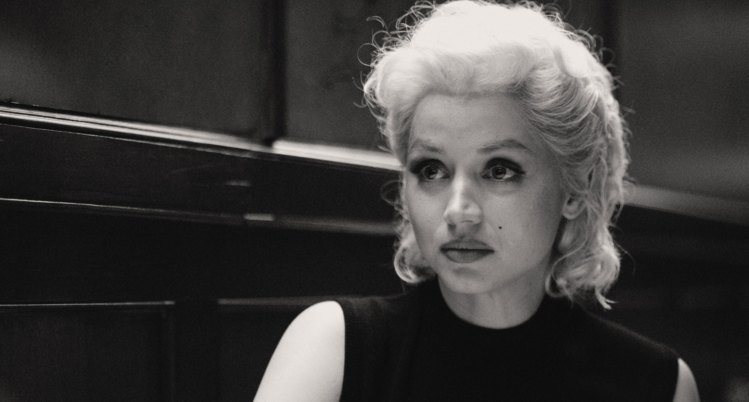 PureWow Rating: 2 out of 5 Stars

Blonde is a difficult film to watch, and instead of underlining the trauma Marilyn Monroe faced, the movie lets it define her, without trying to understand her from a deeper level. However, Ana de Armas is engrossing in the main role, and while we've seen many stars take on the part of Marilyn, de Armas still manages to bring new emotional depth to the legendary figure.