The 14 Best Period Dramas to Add to Your Watch List

From the gorgeous, ornate outfits and hunky dudes in suspenders to the old-fashioned etiquette and lightly veiled sarcasm, we have a major thing for period dramas. And while we sit and wait (with cup of tea in hand) for the Downton Abbey movie to arrive, we thought we’d while away the hours with a few more deliciously decadent (and surprisingly juicy) shows. Here, 14 period dramas to stream when you can’t bear to rewatch Pride & Prejudice for the 187th time.

Quiz Which Jane Austen Character Are You? 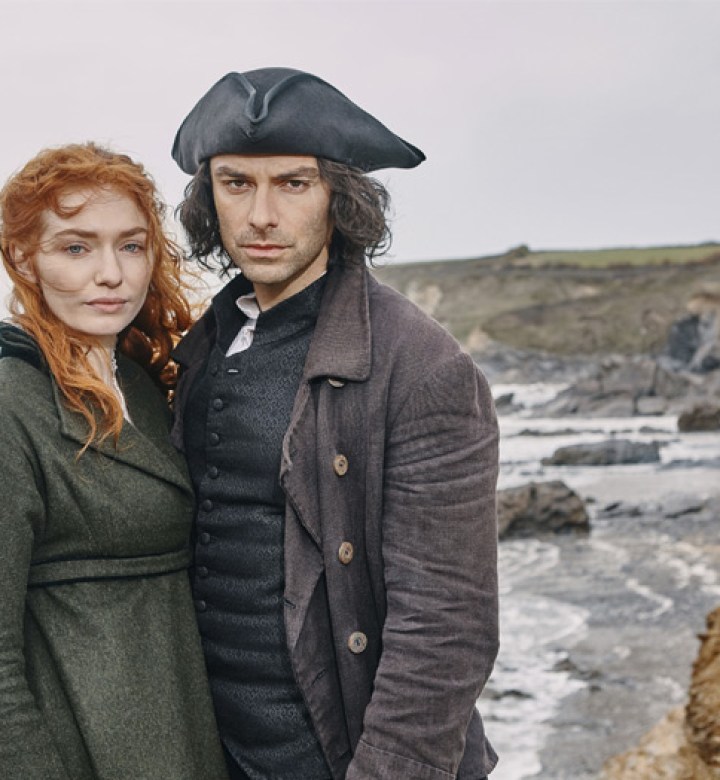 Based on the novels by Winston Graham, Poldark centers on the eponymous lead character and his return home to Cornwall, England, from war in the late 1700s. Sadly, his estate is in ruins, his father’s dead, and the love of his life is married to his cousin. He marries real-life Merida from Brave’s doppelganger/his housekeeper and tries to turn his family business (and the town’s troubles) around, but not without some breathtakingly scenic views of the southern English countryside. 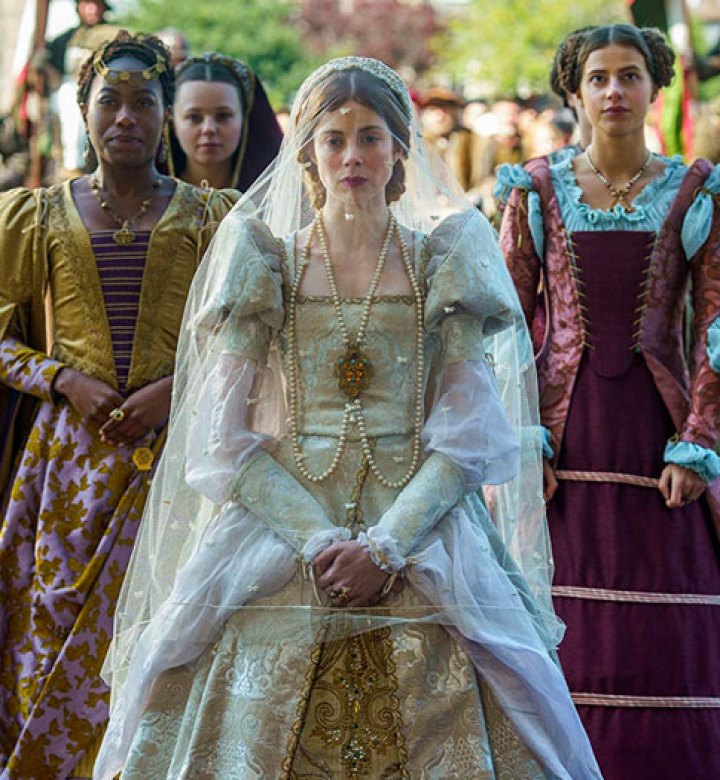 What do you get when you mix a teenage princess, 16th-century love letters and plenty of royal scandal? The story of Catherine of Aragon, the daughter of Isabella and Ferdinand of Spain, who goes to England to meet her future husband Arthur. However, when Arthur suddenly dies, Catherine isn’t welcomed into English society, and her next choice, King Henry VII, is the dad of the guy she really loves. (We told you it was juicy…) 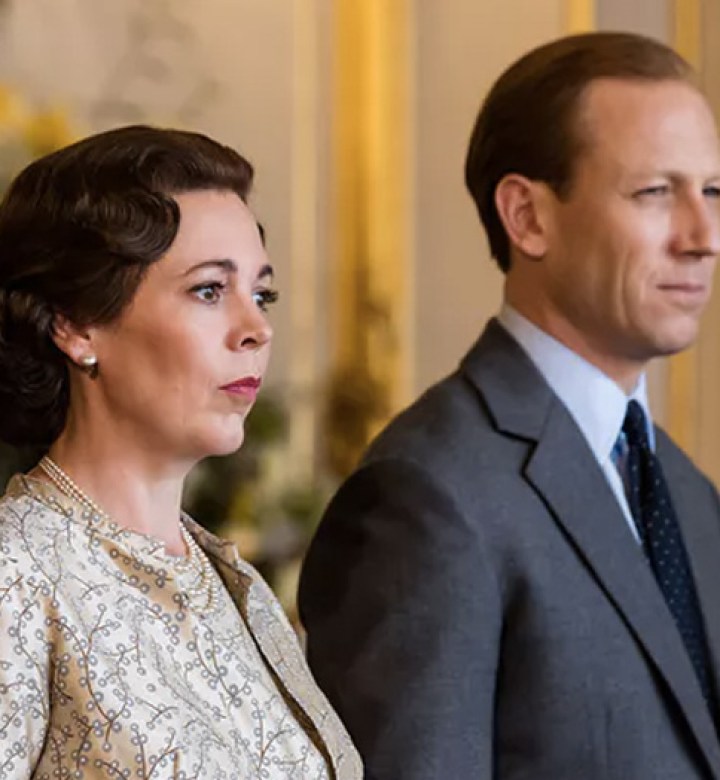 Indulge your royal-mania with this stunning (and yes, very dramatized) retelling of Queen Elizabeth II’s private life. From Princess Margaret’s escapades to the queen’s own marital issues with Prince Philip, a peek behind Buckingham’s closed doors has never been so satisfying. The third season of the show, out this November, will follow Best Actress Oscar-winner Olivia Colman as the middle-aged queen, as we see her children, Prince Charles, Princess Anne, Prince Andrew and Prince Edward shoulder some of the royal responsibilities. 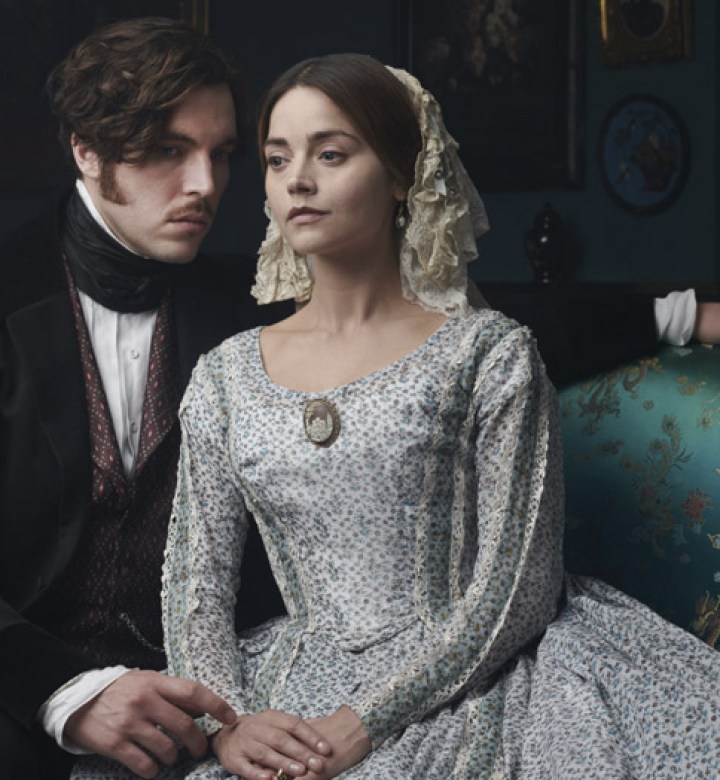 Or, opt for the story of Queen Elizabeth’s great-great-grandmother, Queen Victoria, who took the throne of England at the age of 18. The early years of her glorious 63-year reign unfold alongside the exquisite costume and set decoration as we watch her fruitful yet ill-fated romance with the young Prince Albert. 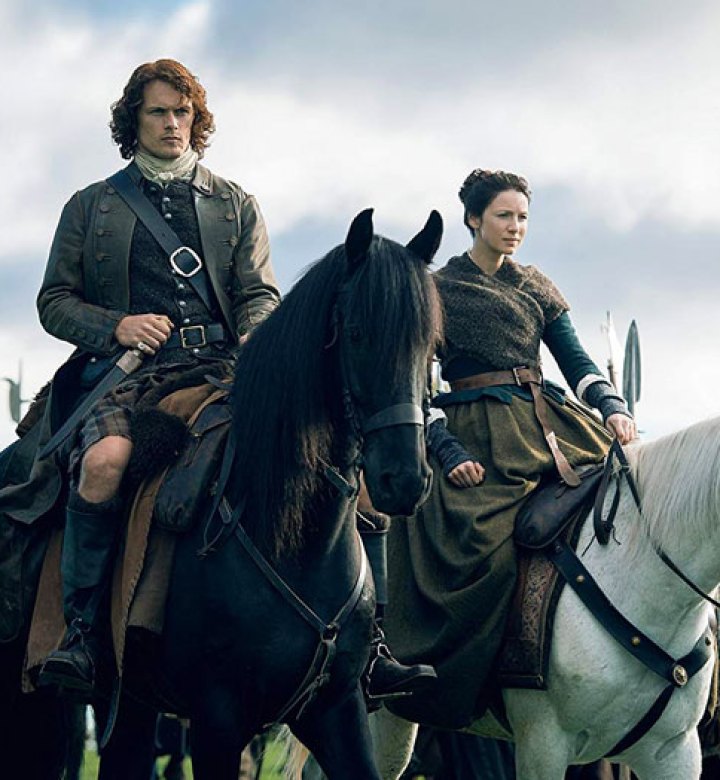 You needn’t have read Diana Gabaldon’s best-selling novels to know that Outlander is one of the most engrossing and richly told romantic dramas on television. It’s the story of Claire Randall, a British WWII nurse who gets transported back to the 1700s, where she meets Jamie Fraser, a dashing Highland warrior. Steamy and Scotland don’t normally appear in the same sentence, but we guarantee you’ll think differently after watching. 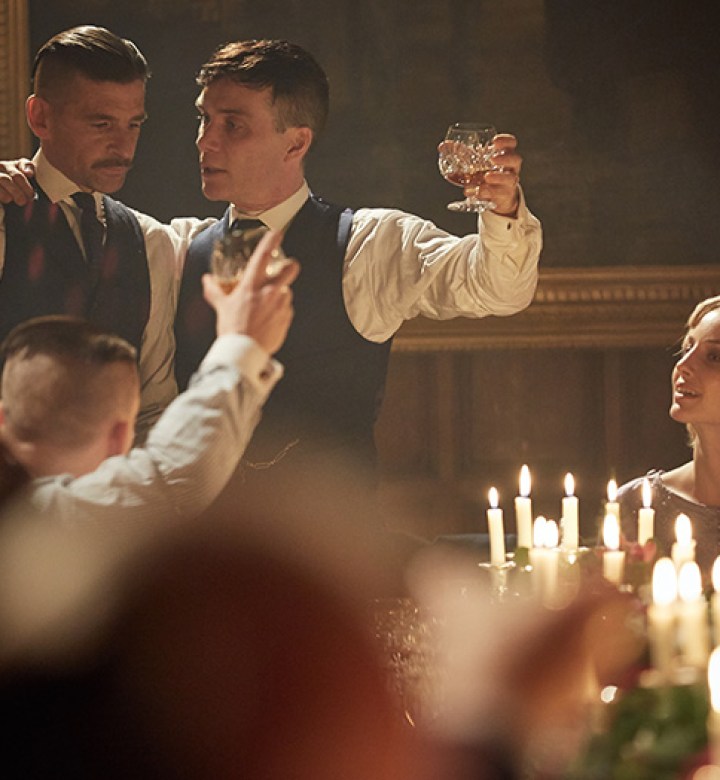 Come for the gangster drama of 1919 post-war England (and the epic rock-and-roll soundtrack), stay for Cillian Murphy’s slate gray eyes that will haunt you to your core. The Peaky Blinders, a gang in Birmingham, England, is run by Murphy’s Thomas Shelby. They aim to take their family business of crime and hedonism to greatness and rise above their hard-knock lives via legal horse track betting, illicit firearms and plenty of shady deals. 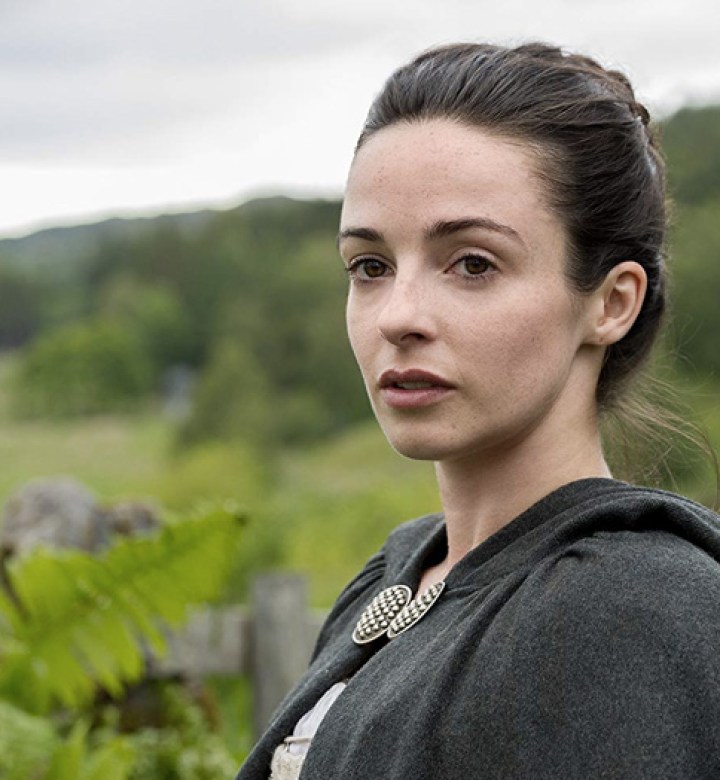 Victorian-era and sci-fi don’t sound like they’d go well together, but we’re trusting that Joss Whedon, creator of Buffy the Vampire Slayer and writer for The Avengers, can pull it off. And with an Outlander star in Laura Donnelly, plus our favorite period-flick heartthrob James Norton, this HBO series about a group of women with special abilities sounds right up our (creepy cobblestoned) alley. 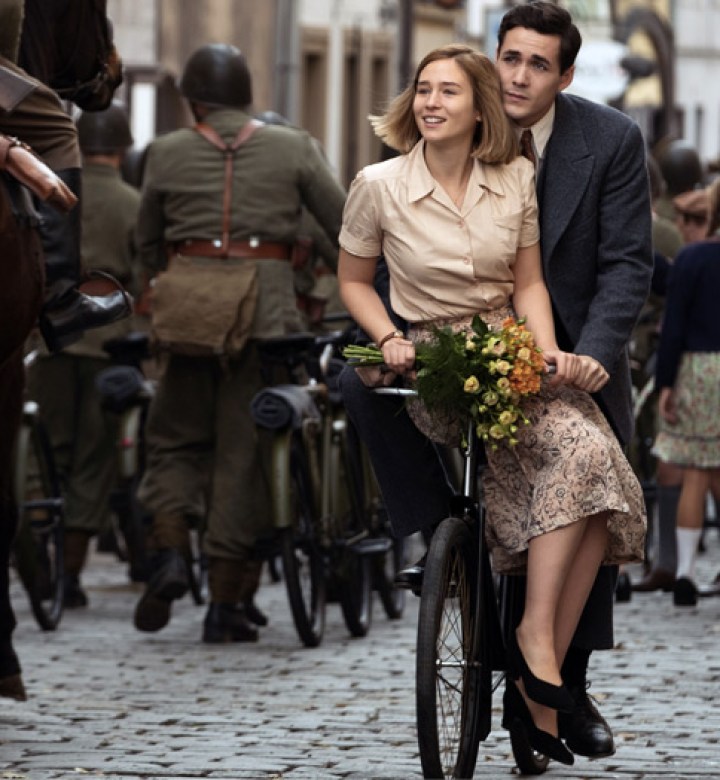 Game of Thrones star Sean Bean (Ned Stark!!!) and Mad About You’s Helen Hunt lead this WWII-era miniseries about five ordinary people whose lives are affected in different ways by the conflict. At only seven episodes total, we’re setting aside one Friday night this fall to absorb another heart-wrenching war drama. 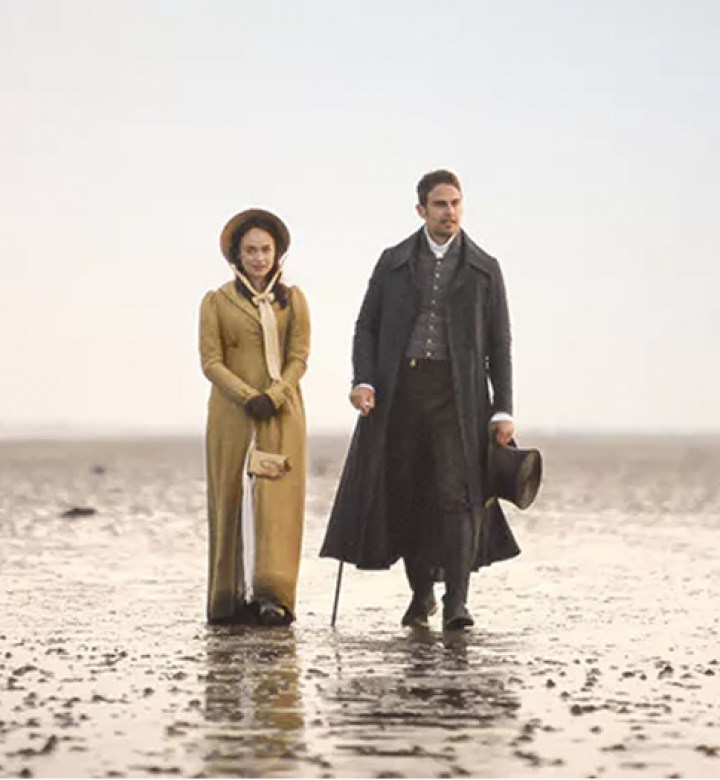 Jane Austen’s unfinished novel (she died before she finished writing it) gets a chance at a happy ending with the story of the impulsive and unconventional Charlotte Heywood and the charming and wild Sidney Parker in the seaside resort town of Sanditon. The screenwriter behind House of Cards, Bridget Jones’s Diary and the 1995 Pride and Prejudice miniseries is adapting the text (of only 11 chapters of source material), so expect nothing short of life-changing. 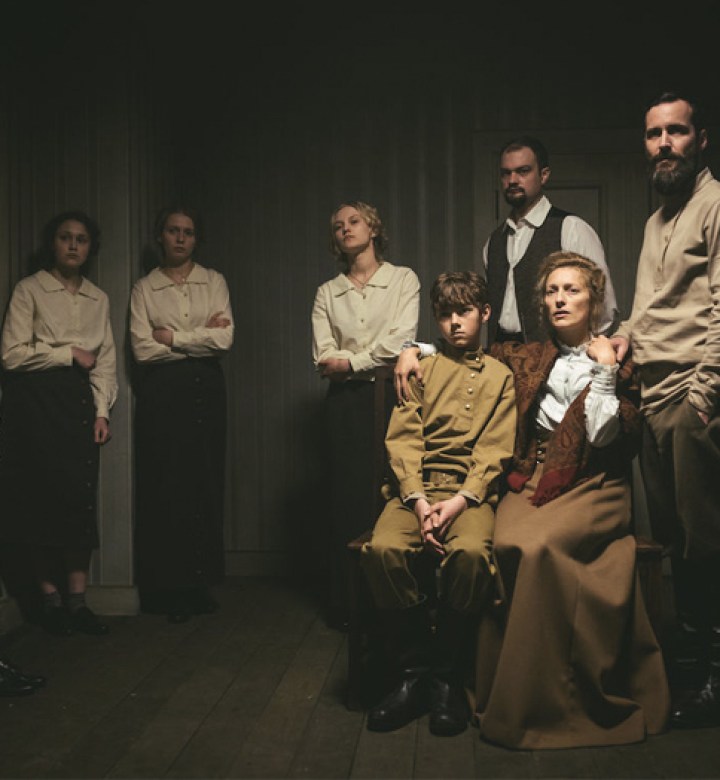 Czar Nicholas II resists the social upheaval sweeping his country in the early 20th century, leading to the fall of the Romanov dynasty, founded in 1613.

At first, this docudrama catches you off guard when the historians start to interrupt the thrilling tale of the Romanov dynasty in order to clue the audience in on the actual events of history...but you get used to it. And once you’re hooked, you won’t be able to look away from Ben Cartwright’s horrifyingly creepy Rasputin, the demise of Czar Nicholas and Czarina Alexandra, and the unbelievable story of Anastasia. 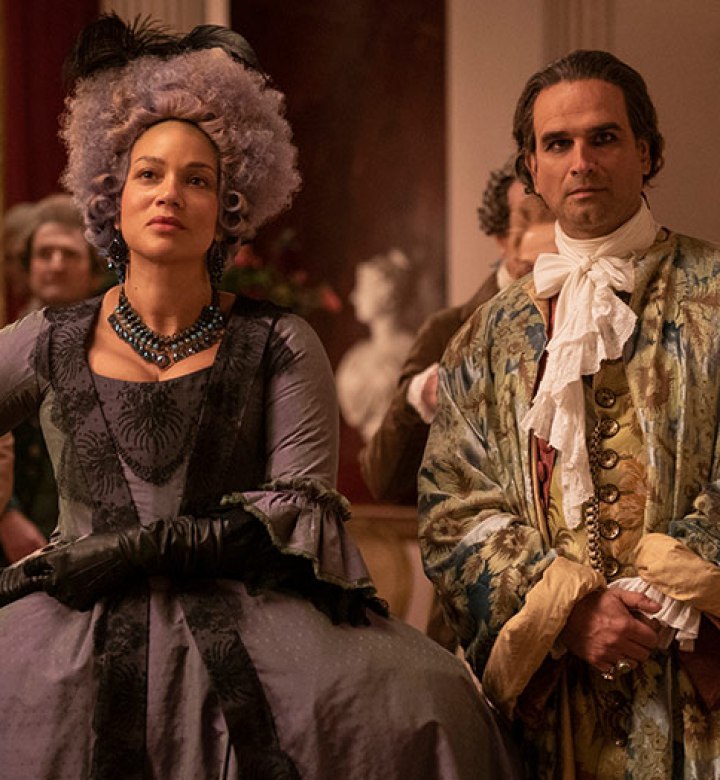 A shocking crop of familiar faces, including Alfie Allen (Game of Thrones’s Theon Greyjoy), Liv Tyler (Lord of the Rings) and Jessica Brown Findlay (Lady Sybil on Downton Abbey), isn’t even the best part about this juicy tale of competing brothels in 18th-century London. 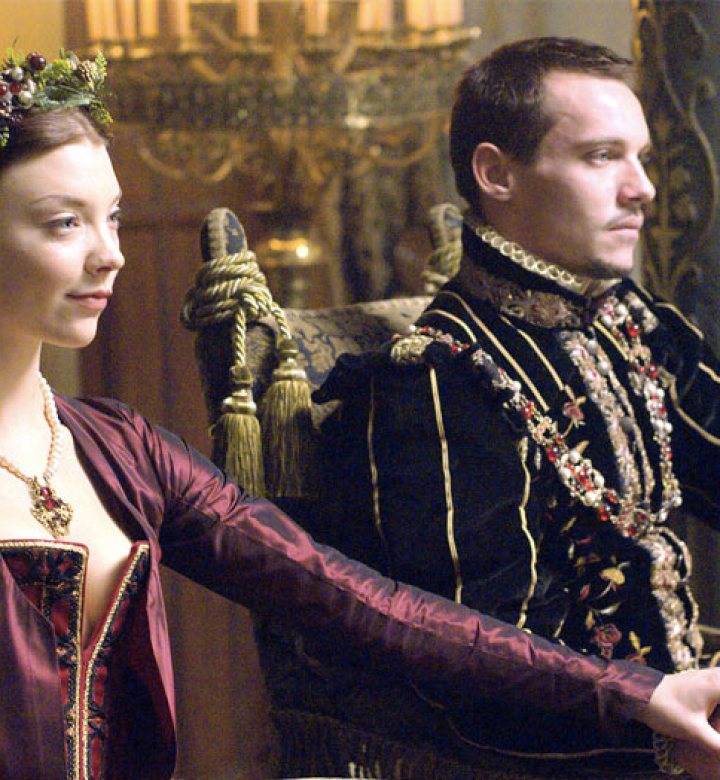 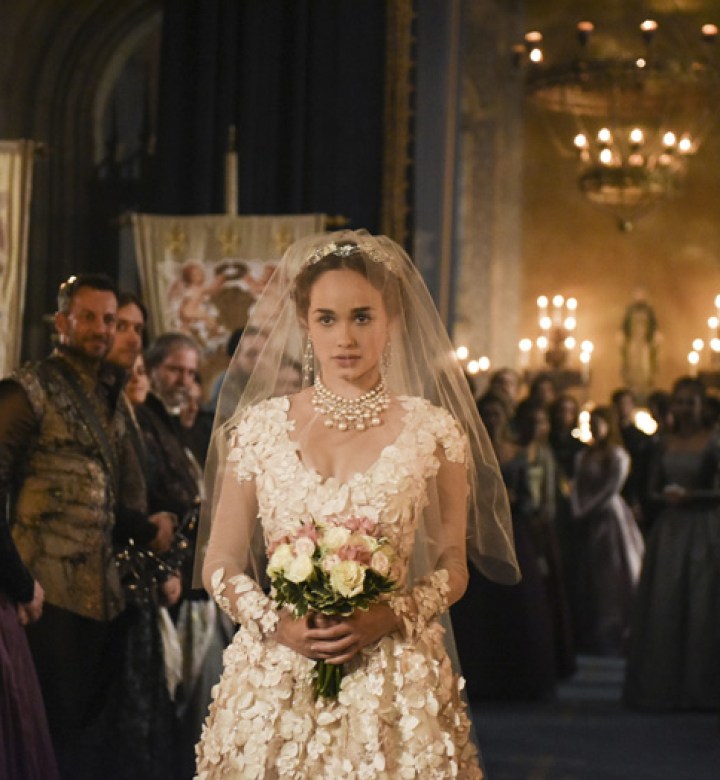 This (wildly dramatized) story of Mary, Queen of Scots, is more teen fantasy drama (it was made for the CW, people) than true-to-history period piece, but we love it all the same. The teenage queen is sent to France in order to marry Prince Francis and secure Scotland’s strategic alliance, but opulent sh*t hits the jewel-encrusted fan when the show’s writers skew toward the absurd with witches, forgotten plotlines and some ghost-husbands. Who are we kidding? We’re still going to watch it all. 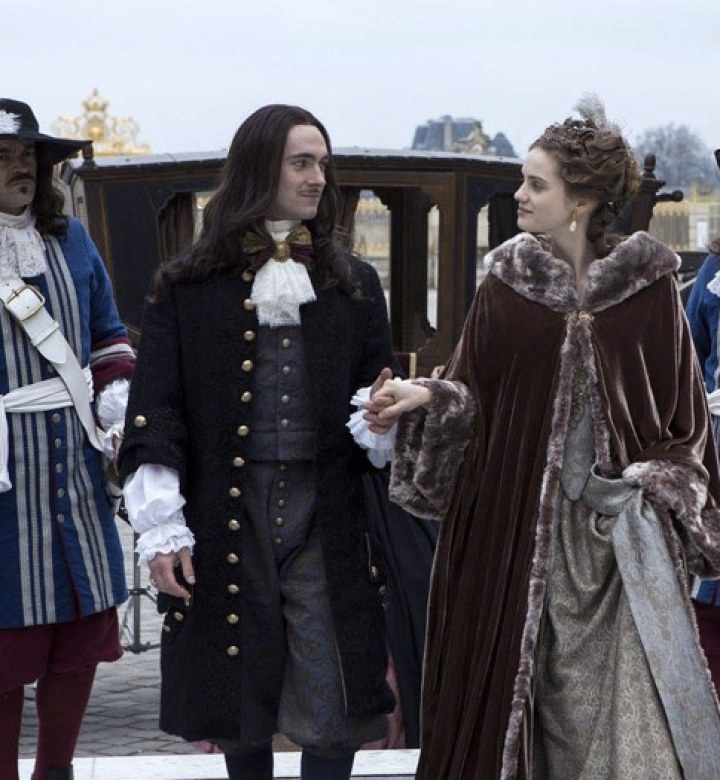 While we know things didn’t end so well for his descendent King Louis XVI, France’s King Louis XIV was the longest reigning monarch in European history. Versailles’ luscious retelling of the sun king’s escapades, his opulent renovations of then-hunting lodge Versailles, the stunning set design and the scandals of the French aristocracy make this one of the best (and seemingly undiscovered) shows of the last few years.