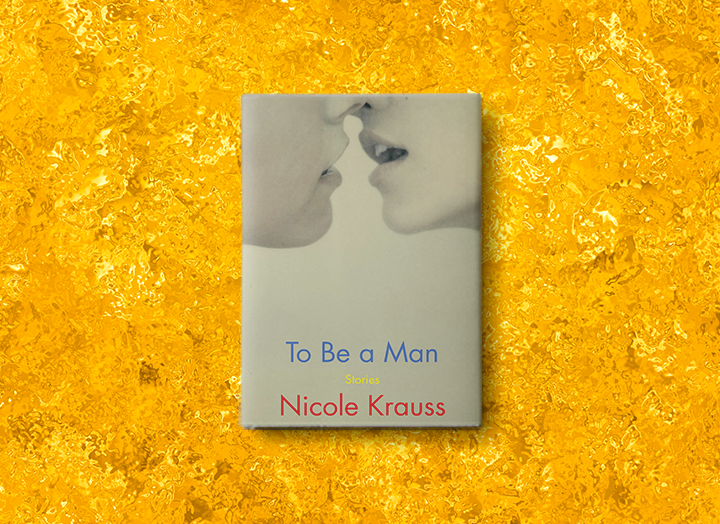 What does it mean to be a man? Or to be a woman who is married to a man, is the daughter of a man or is the mother of a son who will one day become a man? These gender roles are at the center of To Be a Man, a new collection of ten short stories by Nicole Krauss.

The book’s terrific title story, for example, sees the narrator, a divorced Jewish mother, in various romantic and familial relationships. First, she visits her lover—whom she calls the “German Boxer”—in Berlin, where they talk, among other things, about whether or not he would’ve been a Nazi had he been alive decades earlier. Next, she visits an Israeli military veteran friend in Tel Aviv, where he opens up about an incident he took part in during his country’s occupation of Lebanon. Finally, her focus returns to her sons, one of whom is entering his teens. All three interactions incite in her what she describes as a “generational confusion about what it was to be a man and what it was to be a woman, and if these things could be said to be equal, or different but equal, or no.”

Though some stories seem worlds away, others hit uncomfortably close to home, as in “Future Emergencies,” set shortly after 9/11 in a New York City where gas masks are distributed for free and the government warns of vague threats. “Amour,” another vaguely terrifying story, is set in a near future where the main characters find themselves in a refugee camp for reasons unmentioned. Is it war? Climate change? Virus? We never find out…and that’s kind of the point.

A few of the stories feel like excerpts of novels, which does leave you wanting—and occasionally needing—more information. (You won’t want to leave the subjects of “Switzerland,” about rebellious young women living in a finishing school slash rooming house in Geneva.) But overall, Krauss is incredibly adept at portraying novel-worthy characters in this much shorter form.

9 Books We Can’t Wait to Read in November