An Affordable Housing Complex Sets the Scene in This Debut Novel 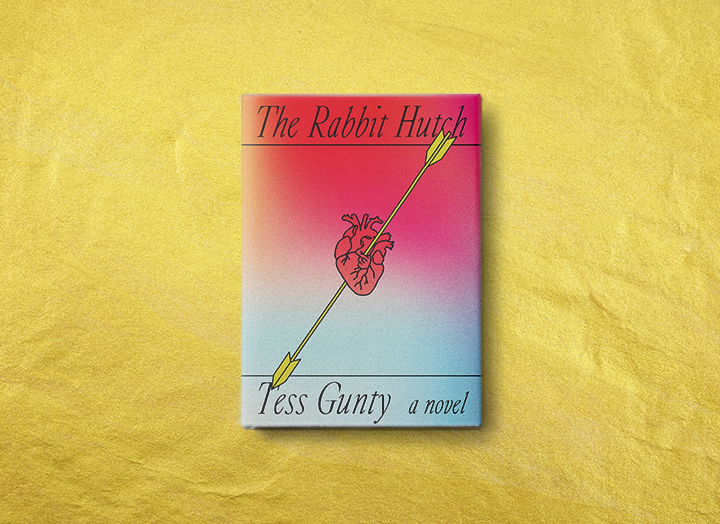 The book opens with a stabbing. “On a hot night in Apartment C4, Blandine Watkins exits her body. She is only 18, but she has spent most of her life wishing for this to happen.”

Blandine is the compelling protagonist of The Rabbit Hutch, an ambitious debut novel by 29-year-old L.A. writer Tess Gunty, whose work has appeared in The Iowa Review, Granta, The Los Angeles Review of Books and elsewhere.

The novel is set largely at the La Lapiniére—or Rabbit Hutch—Affordable Housing Complex, where the walls “are so thin, you can hear everyone’s lives progress like radio plays.” The complex is on the edge of Vacca Vale, Indiana, a hallmark of the post-industrial Midwest and a town in shambles after the withdrawal of an automobile company. There lives Blandine, sharing an apartment with three other boys who have also recently aged out of the foster care system.

Blandine is ethereal, precocious and whip-smart despite dropping out of high school. Living in a town left behind by modernization and abandoned by her drug addicted mother and incarcerated father, she’s the epitome of a child let down by the system. Still, her morals persist. She rants about the horrors of capitalism and the epidemic of gentrification. When a group of developers plan to destroy a beloved park, she protests their meeting with voodoo dolls and fake blood.

We also meet the other residents of the Rabbit Hutch, including a young mother who’s afraid of her own baby’s eyes and a middle-aged woman who “has the posture of a question mark, a stock face and a pair of 19th-century eyeglasses” and whose job it is to screen comments on online obituaries.

With hints of Rachel Kushner (The Flamethrowers) and Ali Smith (How to Be Both), Gunty’s writing is richly detailed and poignant; Over the course of the novel, she weaves together the lives of the Rabbit Hutch’s residents and their collective struggle to maintain some semblance of hope. And, while it’s gradually revealed how Blandine ends up in the middle of that stabbing, this is hardly a who-dunnit. Instead,  we learn about how a Lolita-esque relationship with one of her teachers led her to where she is now, and more about her ongoing quest to navigate her many  traumas.

If this sounds meaty to you, you’re in good company. Many in the literary world have taken note of  Gunty’s talent, including her mentor and former professor Jonathan Safran Foer, who recently told the L.A. Times that she, “is one of three people I go to when I need an idea that I can’t come up with on my own.”

7 Books We Can’t Wait to Read in August

23 Halloween Books for Adults to Read During Spooky Season