Need an Escapist Read? This Novel Is ‘Bridget Jones’ for the Millennial Era 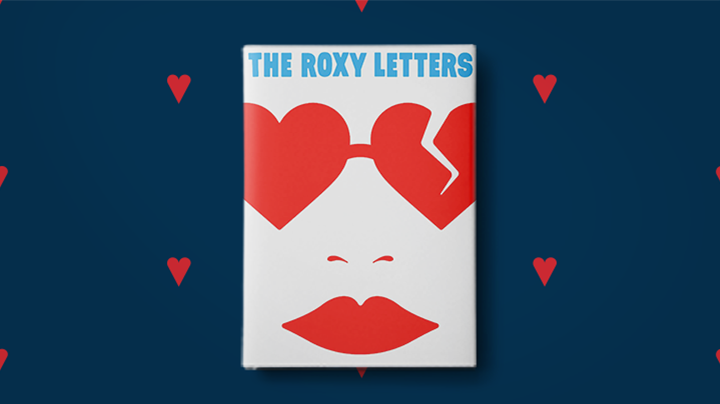 My review copy of The Roxy Letters arrived wrapped with a ribbon that matched the book’s red and white graphic cover and included a matching packet of lube (this would have been an embarrassing surprise, but I work from home). A first, for sure. The attention-getting package was slightly cringe-y but also intriguing, especially for a debut dubbed as a Bridget Jones’s Diary for the millennial era. Generally, I don’t judge a book by its lube, but I was eager to find the connection between the erotic swag and the Austin-set rom-com narrated by a 27-year-old vegan who works at the Whole Foods deli counter.

In the first few enticing pages, our narrator, Roxy, lays out ground rules for her ex-boyfriend turned roommate, Everett. The passive-aggressive and thoroughly detailed note Roxy writes to her ex recounts her struggles at work with her boss, Dirty Steve; her evolving relationship with her best supermarket friend gone corporate, Annie; and her gripes with the new Lululemon store opening on Lamar, just down the street from the original Whole Foods. The writing feels urgent and realistic, like dipping into an acquaintance’s group text with their closest friends where they hold nothing back.

In the first half of the book, Roxy feels frustratingly unaware of her privilege and role in the much maligned gentrification of her city. Sure, she’s a (white) artist working in food service, but she also purchased a home with money inherited from her grandmother, and her parents, who live in a nearby retirement community, loan (or really, give) her money when she’s in a bind.

While it’s tough to sympathize with Roxy, this makes her increasingly desperate and dramatic letters even more intriguing. Will she reflect on how her lifestyle contributes to this change she hates so much? Will she ever learn? Why is she so annoying and why can’t I stop reading?

A highly memorable cast of characters, including Artemis, an eccentric employee at the new Lululemon with whom Roxy forms a fast friendship, and fast-paced, laugh-out-loud scenes (no spoilers, but the lube connects to a weird sex cult you’ll probably be Googling) make The Roxy Letters a worthwhile escapist read. And let’s face it, we really need one of those right now.