A Penis Named Ralph, and Everything Else Judy Blume Taught Me 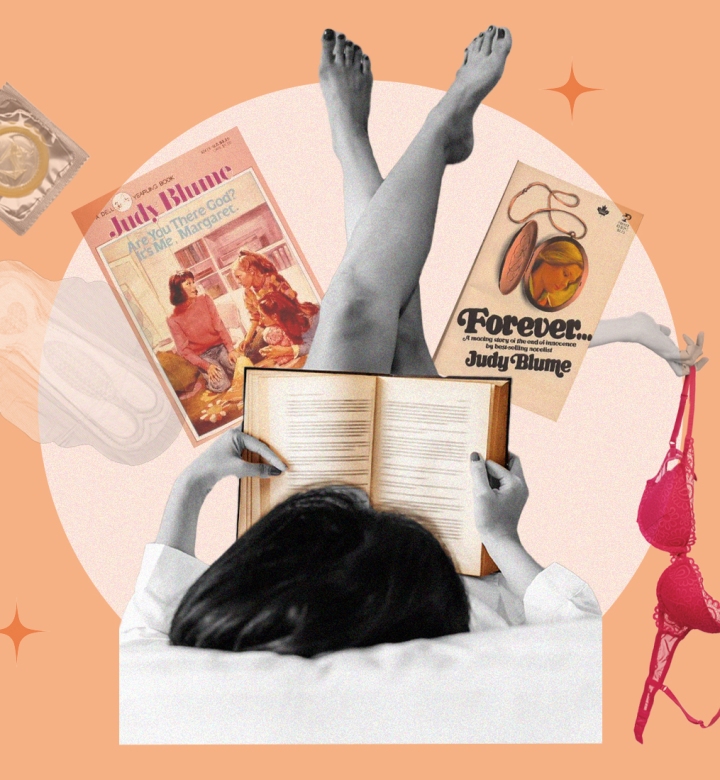 The older I get, the more Judy Blume fascinates me. Growing up, she was an uncontroversial (in my house, at least) figure. The author of, like, every other young adult book ever written, Judy Blume was less a real-life woman, and more a benevolent bookshelf spirit who traveled between the adult and tween worlds. But decades later, and with the upcoming theatrical release of Are You There God? It’s Me, Margaret, I felt a need to revisit my memories of the author and the effect her works had on me. And one thing came to mind: Ralph. 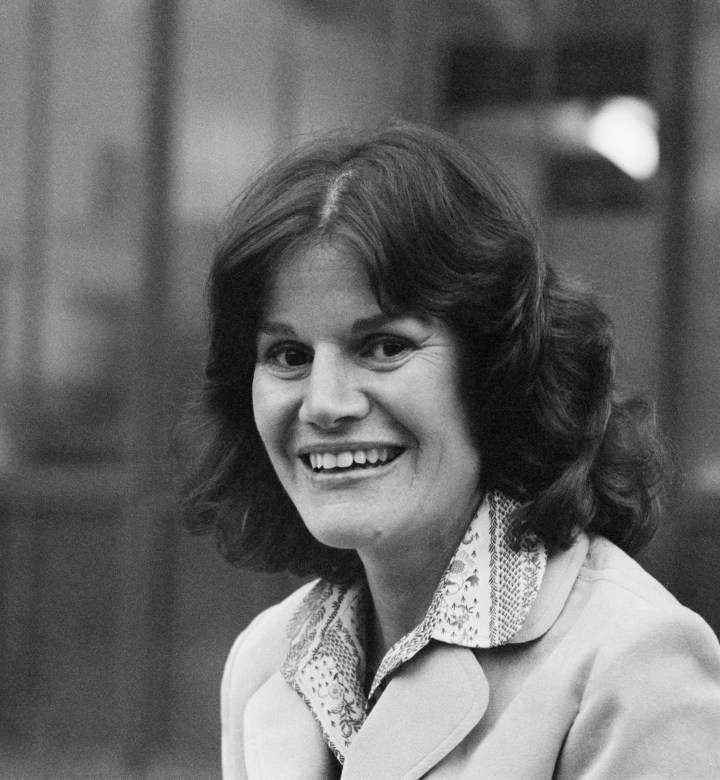 Before I get into Ralph, I want to reframe Judy Blume in today’s light. Now, as a mother and writer with a suitcase full of failed dreams, I am blown away by Blume’s biography. A homemaker, Blume didn’t start writing in earnest until her children went off to preschool in the late 1960s—for context, married women wouldn’t be able to apply for credit cards without their husbands’ permission until 1974. The very idea that she was able to be this prolific with children under 10 is wildly undersold. And on top of that, she had chutzpah. Faced with rejection after rejection, she kept submitting her work. And when she did eventually publish, she—and her novels—became the target of conservative outrage: Periods?! Masturbation?! Teen sex?! Four of Blume’s titles still remain on the American Library Association’s list of most frequently banned books.

But the thing is, the conservative blowback wasn’t wrong. Blume’s works were outrageous. In 1970, the year Margaret came out, nobody was talking about puberty, let alone sex, to teens the way Blume was. When you watch Blume in interviews, her doe-eyed expressions and sweet, soft voice might convince you she is still that housewife who accidentally stumbled upon topics she didn’t realize were taboo. But that’s not the case. She knew what she was doing. She says this outright. She wanted to talk about sex. She’d had orgasms, so she wanted to write about them. She wanted to write about teen sex responsibly, and not where, as her young daughter noticed, the characters who do it suffer the moral consequence and die. But, ironically, it was these things—the coming-of-age topics, the pre-teen audience, the author herself—that perpetuated the image of Blume over the years as your friendly kid-lit author next door, when in reality, Blume was revolutionary.

So Ralph. In Forever…, Blume’s 1975 novel about a teenage relationship, the characters have sex, and they don’t die afterwards. They even fool around and teach each other things, like how to pleasure Ralph, the pet name for the protagonist’s boyfriend’s penis. As a 12-year-old, I read the passage over and over and over again, concerned that maybe I read something wrong. Did Katharine really just hold Michael’s penis in her hand? Did he really explain to her how to rub it? Did they really do this in a fully lit bathroom? Did they really nickname the penis Ralph? Was I really allowed to be reading this? But there he was. Ralph. It was like a mind-altering acid trip, one I would have flashbacks to for the rest of my life. Could sex really be a silly, intimate conversation between two people? 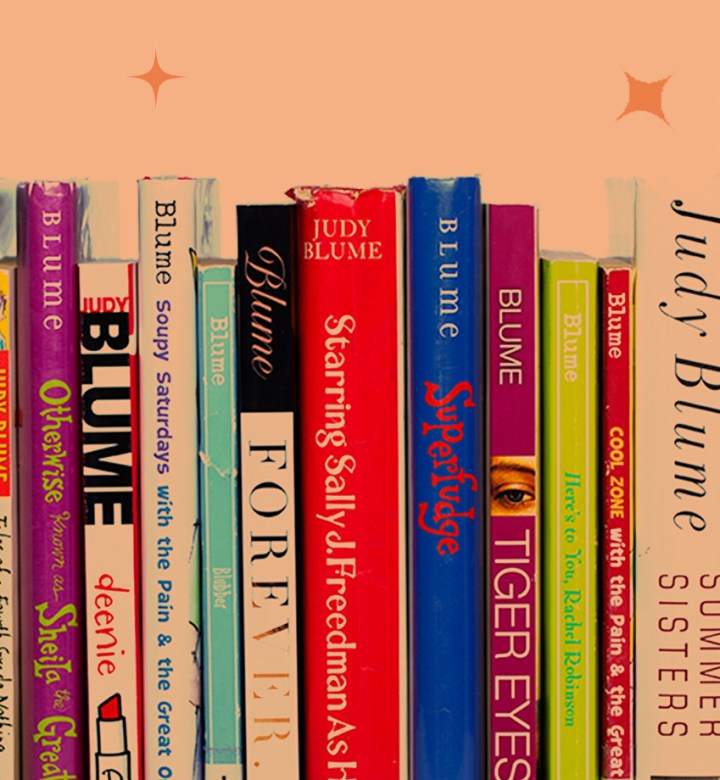 Like any pre-teen, I told my friends about Ralph. It was incredible potty-mouth fodder. I could do a stand up routine on the blacktop about Ralph. It was hilarious…because it was a penis. A penis named Ralph is one of my formative memories. That penis is more vivid in my mind than whatever the deal was with Boo Radley. It was just so naughty, so off limits, such a peek into a world that I was oh-so curious about. But unlike other glimpses I’d gotten into the world of sex—which mostly included male-driven frat-house style ‘80s comedies like Animal House, Stripes, Revenge of the Nerds—that Ralph scene was so…human, so friendly. I wouldn’t have the language for it until later, but that moment when the reader meets Ralph stuck with me because of its absence of the male gaze, objectification and rape culture—all things that would overshadow what most media tells us sex is. Ralph was about connection, consent and playfulness. In all the talk about genital warts, I’d never learned about those things in sex ed.

I have Ralph, but so many young readers must have their own piece of Judy Blume’s coming-of-age coup. In third grade, my friend Nicki pulled a copy of Deenie from the classroom library shelf. The 1973 title by Blume tells the story of a teen with scoliosis whose mother pushes her into modeling. Nicki was absolutely enthralled by the book. Over months and months and months of reading it, she would divulge every single detail to me about 13-year-old Deenie. I’d eagerly await for the next interval of the story as we made our way to those last pages, until one day, our teacher saw the copy in Nicki’s hands, and fleeced it away saying, “Oh, that shouldn’t be in there.” I have no idea if Nicki ever got to finish the novel she shouldn’t have been reading, but I’m certain something about Deenie—or the memory of losing her—is still with her. Maybe I remember it because it’s the perfect example of Blume’s work, quietly subversive yet there on every shelf.

Lionsgate's Margaret, starring Rachel McAdams, Abby Ryder Fortson, Benny Safdie and Kathy Bates, comes to theaters April 28, 2023. But before then, this January, the documentary Judy Blume Forever will premiere at the Sundance Film Festival telling “the story of the woman whose trailblazing books changed the way millions of readers understand themselves, their sexuality, and what it means to grow up.” This time, it will focus on Blume’s own coming-of-age story. And if anyone by the name Ralph comes up, let’s giggle about it on the blacktop.

We’re Calling It: 2023 Is the Year Moms Enter Their Villain Era