In ‘Funny You Should Ask,’ a Journalist Reunites with the Movie Star Who Changed Her Career (& Broke Her Heart) 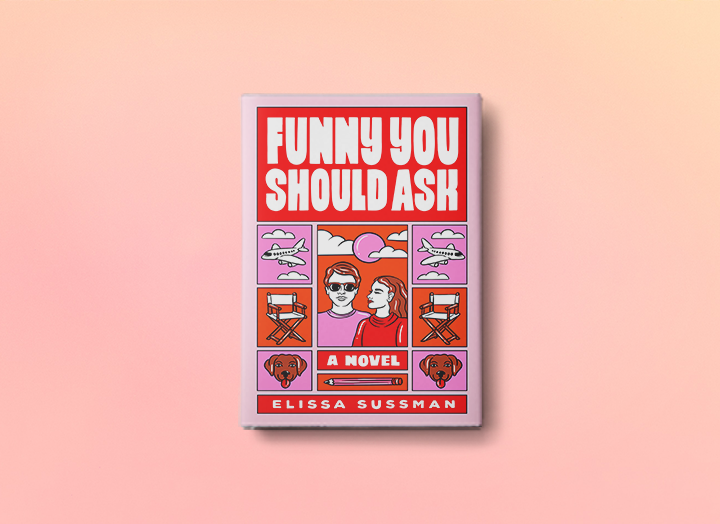 Imagine you get the chance to interview your celebrity crush and it ends up changing the course of your life. That’s precisely what happens to Chani Horowitz in Funny You Should Ask, a new novel by Elissa Sussman (Drawn That Way).

A 20-something journalist, Chani is frustrated that her former classmates are writing hard-hitting pieces and signing book deals while she’s stuck with celebrity puff pieces. Then she gets the opportunity to profile Gabe Parker, a Hollywood heartthrob who, in addition to being cast as the next James Bond, is Chani’s ultimate celeb crush.

The two spend a weekend together for the profile, and the rumor mill gets spinning. “Did they sleep together?” tabloids wonder. Soon after, when Gabe marries his model co-star, Chani feels foolish for thinking anything would ever come of their time together.

Cut to ten years later, when Chani gets the opportunity to interview Gabe again. After a divorce and lots of therapy, she’s a hugely in-demand writer. Gabe is also divorced, newly sober and fresh off the heels of an almost career-ending scandal. Chani is hesitant to accept the interview, partially because she’s sick of people bringing up that weekend with Gabe, and partially because she knows there might still be feelings. “I don’t want to like him. Not the way I liked him back then—that starry-eyed girl who had fallen head—and heart—first into what turned out to be the generic trap of celebrity. Gabe is a movie star. An actor. It’s his job to make people fall in love with him.”

Nonetheless Chani agrees to meet and the two rehash their time together and attempt to parse their complicated chemistry. As the timeline jumps from past to present, Sussman muses on the precariousness of fame, success, second chance romances and the wisdom that comes with aging—even just by ten years. (“I was twenty-six. You don’t know anything at twenty-six. I’m astonished by my own arrogance. Of thinking I knew anything.”)

For fans of Helen Fielding books and Nora Ephron movies, Funny You Should Ask is a smart, slow-burn romance that’s a must-have beach read for summer 2022.