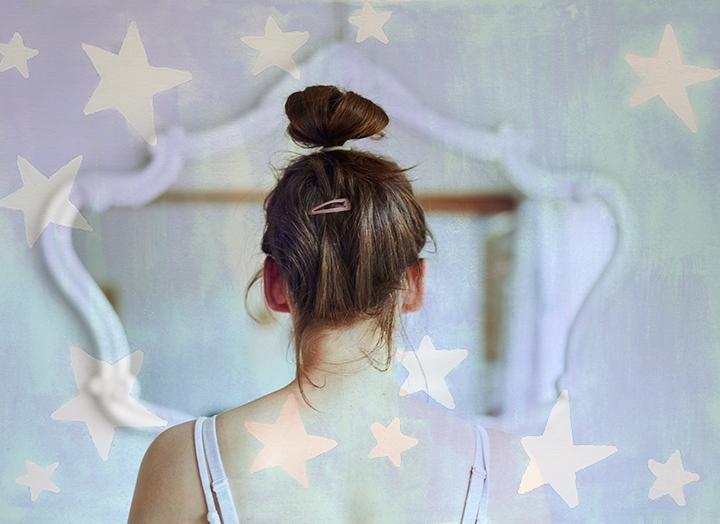 As an astrologer, I find that the more popular astrology becomes, the more people want to use it to explain literally everything about themselves. Clients come to me asking, “Am I holding this grudge because I’m a Scorpio?” or “Does being a Capricorn mean I’ll never have fun?” or even “Should I keep eating fish even though I’m a Pisces?” The answer to all of those questions is this: Our sign—especially our sun sign—cannot account for every single detail about our life. So when the question of whether one can look like their zodiac sign came to me, I wanted to set the record straight. It’s not true that fire signs are consistently “the hottest” or earth signs are dowdy. But do zodiac signs have certain physical traits? There’s an argument for it, yes, but it’s a little more complicated than you might there. Here’s why.

Though we are living through a moment where even the most skeptical among us can’t scroll through our day without coming across an astrology meme (or several!), the collective understanding of how to interpret astrology is still quite basic. When asked our sign, most of us reply with our sun sign, which correlates to the day that we were born. But when it comes to our personality—and also to our appearance—the sign that is most specific and personal to each of us is our rising sign (or ascendant).

The ascendant is the sign that was on the eastern horizon in our particular location at the moment of our birth (the east being where the sun rises, hence the term “rising sign). As the earth completes its daily rotation, the sign that is rising changes every two hours or so. Because of how quickly the ascendant sign changes, it becomes the most personal part of our chart. While our sun sign reflects our ego and hero’s journey (what we’re becoming in this lifetime), our ascendant is what represents us in our day-to-day life! When we wake up in the morning, we are our rising sign. It gives us information about how we act, what we enjoy and how we take care of ourselves. If you’re a super artsy Capricorn, that artistry might come from being a Venusian Libra rising. Or if you’re an introverted Leo, having mysterious Scorpio on the ascendant could explain your withholding ways. Our rising sign can also—to a limited extent—describe our appearance or even more specifically, how we make ourselves appear via makeup, hair styling and how we dress.

This is all to say that though astrology does have something to say about our appearance, you definitely don’t look just like your sun sign and there are many layers and nuance to defining appearance based on astrology. There’s definitely no simple way to categorize looks like “water signs look wet and pretty!” or “air signs are thin.”

But, some astrologists believe there are some physical correlations

Astrologers have been using the positions of the planets to figure out how someone (or something!) might look since the earliest records of astrological study (which is really since the beginning of human civilization). “There is no doubt that the astrologer-priests of antiquity corresponded the planets with human physical types,” writes celebrated medical astrologer Judith Hill in the preface to her book, Astrological Body Types. And it’s especially not only your sun sign that gives information about your appearance but “your moon sign, ascendant, and particularly the strongest planets in your birth chart may also describe your physical appearance,” Hill continues. Again, per Hill, it’s not our sun sign alone that determines our appearance but our entire chart. We may have a face like our rising sign, a body type like our moon sign and our style might reflect our sun sign or another planet prominently placed in our chart.

For example, Rihanna is a Pisces. But both her moon and rising sign are Aries. She also has love planet Venus in Aries sitting right on her ascendant. Hill describes an Aries type as “lean [with] high cheekbones, an angular or narrow pointed jawline, a small, sharp and … catlike nose.” Sounds like Rih to me! To go even further, Aries is ruled by the planet Mars which is associated with the color red, and we all remember Rihanna’s red hair phase back when she released Loud in 2010. Red was also the color of the album art and many of the promo materials for her most recent album, ANTI. Though Rihanna is compassionate, humanitarian and otherworldly in a very Piscean way, to label her appearance or personality as only Pisces would be ignoring her unmissable Aries side.

Further examples would be the beautiful round faces of celebs like Drew Barrymore, Selena Gomez and Kate Hudson. All three of these women have Cancer placements. Cancer is ruled by the moon, and those born with prominent planets in the sign of the crab can sometimes resemble Luna herself. Of these three celebs, only Selena Gomez is a Cancer sun sign though. On the opposite end of the astrological spectrum, those with placements in one of Saturn’s signs (Capricorn and Aquarius) usually have sharper features—Saturn is the planet of rules and hard lines after all. Saturnian types are even known to prefer more tailored clothes. Aquarius-rising Zendaya is a perfect example of that chiseled, timeless beauty as is Capricorn-rising Ariana Grande with her perfectly coiffed high pony. Liv Tyler—who has both Cancer and Capricorn in her chart—has a combination of these archetypes: an oval shaped face with strong features.

Even as we skim the surface of these correlations, it’s clear that though someone’s sign can give us information about how they might appear, there are so many different ways to look like one’s zodiac sign. It might show up in our face, our body, the way we dress or even come and go as a passing fad. We are not our sign and we are not even our chart, but these things can be used as a tool to reflect something back to us. Astrology gives us a language for these observations. We can look like a Taurus rising or we can look like Jupiter incarnate, but most of all, we look like ourselves.

RELATED Zodiac Planets, Explained Here’s What Each Celestial Body Says About You