You Might Be Guilty of Tone Policing. Here’s How to Spot and Stop It 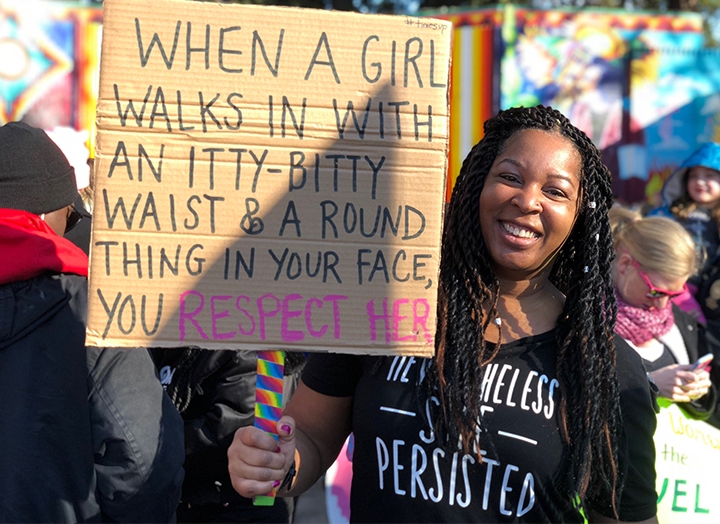 Let’s say you have an aquarium of beloved fish. But Bob is overfeeding the fish, causing them to die. So, you raise the point to Bob. But instead of responding to the topic at hand, Bob makes the conversation about the way you expressed yourself, “Yikes! Why you are you so angry?” he accuses you and changes the subject. Of course you’re angry—your fish are dead. And the more he skirts the dead fish and attacks your tone, the more frustrated and exhausted you get. By the end of the interaction, the important issue is ignored while you are left struggling to be heard.

This is called tone policing.

OK, back up. What exactly is tone policing?

The definition of tone policing, according to Dictionary.com is “a conversational tactic that dismisses the ideas being communicated when they are perceived to be delivered in an angry, frustrated, sad, fearful or otherwise emotionally charged manner.”

So, tone policing is a deliberate, conscious maneuver?

It can be deliberate. A skilled politician, for example, might consider it a tool in their toolbox to eschew tough topics. But it can also be a behavior perpetuated by unconscious bias against oppressed or underrepresented populations, like Black people, trans people and women. For example, in the instance above, Bob might not realize he’s tone policing because he’s so put off by a woman telling him what to do that he can’t even address the dead fish. If the dominant culture tells him a woman should never tell a man what to do, Bob’s unconscious instinct is to protect the norm by destabilizing the person confronting him, even if that means to protect murdering fish.

Oh, wow. So that means that “tone” isn’t necessarily real, but more of a perception?

You know that “beauty is in the eye of the beholder” phrase? Tone is the same. Why is it that a man is perceived as “cool and collected,” but a woman who mimics his behavior is “cold and shrill”? Before you address someone’s “tone,” ask yourself, “Am I responding to the actual subject or am I trying to put someone in their place?” If it’s latter, you’re tone policing.

Who are the people most often tone policed?

Tone policing is an oppression tactic—it systemically keeps oppressed people and the issues they raise silenced. So, it’s no surprise that there is long history of racist and misogynist tone policing—women, Black people and especially Black women are no strangers to this phenomenon. As Tess Martin writes in her piece, “Racism 101: Tone Policing”:

The suggestion that you can’t deliver a razor sharp argument against racism unless you employ a chilly brand of academic detachment from the subject matter is pure bullshit. Being subjected to any form of injustice is infuriating. The last thing I want to hear from someone who has just said or done something completely out of line is how I need to check my emotional response to it. But tone policing works so well as a defense mechanism because it renders a perfectly legitimate complaint irrational, especially when the offending individual maintains his or her own saintly calm. If you can successfully shut another person down based on her anger or frustration, then you don’t ever have to answer for your own racist conduct. And, bonus, by remaining cool as a cucumber, you appear to be in the right to those around you, especially in comparison to the irate person you just insulted with your belittling behavior.

What are some examples of tone policing?

Consider the context when you hear or say these words. Are you trying to lower a loved one’s blood pressure? Or are you instructing a Brown woman not to make any waves in the office? Commanding someone to “calm down” over a very real issue that they may be rightfully upset over is tone policing.

Same thing here. If you’re addressing the style of communication instead of the content you’re tone policing and gaslighting.

Take a look at this annotated post from activist Rachel Cargle in which a white commenter, Linda, instructs Cargle on why her messaging is wrong saying, “If the goal is to reach the widest audience possible, tone matters.” Cargle explains that this type of “helpful” comment is actually tone policing. Why is a white woman who has less experience than Cargle in Black activism telling her how to be a Black activist? Because of her privilege. Per Cargle, “[Linda] then goes on to very directly tone police me. She advises me that antiracism work won’t be of interest to white people unless it is said in a tone that they find palatable. These types of respectability politics play out in various ways in society and here Linda made it clear that her interest in fighting against black pain and oppression is limited to how comfortable she is in the process.”

RELATED 5 ‘Whitesplanations’ You Might Be Guilty of Without Realizing It