Fumbling to find the right words to say to a friend going through a painful divorce is only natural. You want to offer comfort, support, a shoulder to cry on—or rage to—but articulating that can be tricky, especially if you don’t have personal experience with what they’re going through. That’s why we turned to Jennifer Ciplet, co-founder and chief creative officer of Avail, an online community designed to help members survive and thrive during a divorce, to learn exactly what to say (and not say) to a friend navigating this extra-challenging time. 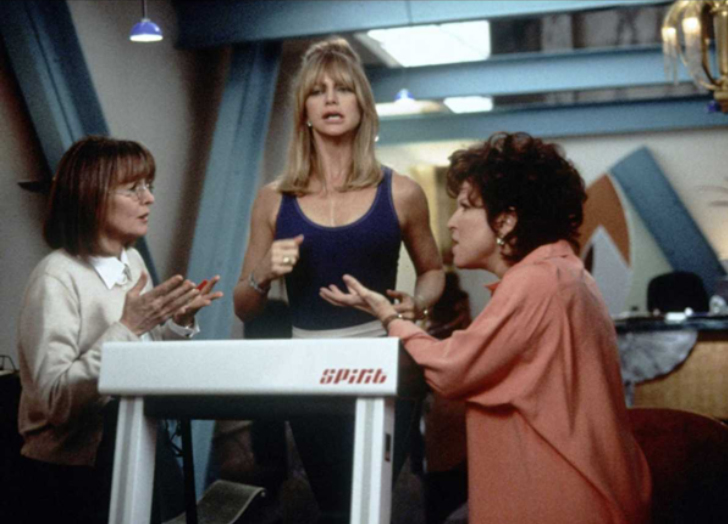 Things To Say To A Friend Getting Divorced

Ciplet is no stranger to divorce—she went through one herself and can attest that one of the best things you can do is show up, but also put the ball in your friend’s court: “Specifically asking, ‘How can I best show up for you?’ or ‘What do you need from me this week?’ puts them in a position to tell you directly and honestly,” she says. “Maybe they need a girls’ night out dancing or maybe they’d prefer a night on the couch with a bottle of wine where they can unload. Maybe they just want you to monitor their ex on social media and say, ‘head’s up, they just posted another obnoxious thing.’” The worst thing you can do is make an assumption about their needs. It’s so much better just to ask.

It’s a definite point of confusion for anyone that’s friends with both sides of a couple going through a divorce. Again, don’t make assumptions, says Ciplet. Instead, it’s better to tell your friend you feel a bit clumsy in terms of how to navigate the friendship from both sides. “You can say, ‘I am here for you. I love you and want to support you, but I’m not always sure the best way to do that. If you need fierce loyalty from me, you got it; but if you need me to check in on your ex to see how they’re doing because you can’t do it, I’m happy to help with that, too.’” At the end of the day, it’s better to open up about any discomfort—they’re definitely aware that things are going to feel weird for a bit.

3. Say: “How would you feel about this decision looking back six months from now?”

Divorce is chaotic and people tend to make all kinds of hot mess decisions, says Ciplet. In fact, even with the most amicable of splits, she doesn’t know many people who get through it without doing some of that. If you’re the listening ear, it’s OK to express concern about a not-great decision they’re contemplating, but you have to be careful because whatever you say could come off as judgment in the moment. It might be easiest to suggest a barometer they can use to gut check all hard decisions. “Say, ‘How would you feel about this decision six months from now?’ as a way to help them think it over,’ Ciplet says. “If you’re still concerned, it never hurts to refer them to a divorce coach to talk things through.”

What Not To Say To A Friend Going Through A Divorce

While it may feel right to insert your own relationship experience into the conversation as a way to comfort your friend, it’s much better to listen first, then do a temperature check on whether or not your friend is open to hearing details—positive or negative—about your own romantic pursuits right now. “It’s as simple as, ‘TBH, I’m having some struggles in my own relationship right now, but I don’t know if that’s going to be annoying or triggering for you to hear about,’ or ‘I want to be sensitive to your situation, but I do have some joy in my life right now that relates to my spouse and I want to share that with you if that’s OK,’ Ciplet explains. “It’s always better to be sensitive and authentic since everyone in their life is walking on eggshells and that can feel really isolating.”

Sure, maybe you had an inkling way back when that the relationship wasn’t exactly meant to be, but it’s much better to focus on the current behavior your friend is venting about in relation to their split then to dredge up commentary about how you felt from the get-go. “If their ex is being a total jerk and your friend is venting to you about these actions, it’s totally in-bounds to say, ‘Wow that super-sucks, he’s not in a great place right now,’” says Ciplet. “But a lot of times for people going through a divorce, if they could turn back the clock, they’d marry their ex all over again—they’re just in a different place now, hence the split. That’s why it’s best to focus on the share frustration about the present day only.”

Bottom line: Assumptions of all kinds aren’t helpful when you’re trying to offer support. “Don’t say, ‘Divorce is devastating,’ or ‘It’s all a failure,’ or ‘What’s this going to do to your kids?’ If on any level you believe one of those things to be true, check it at the door and don’t say that to your friend,” says Ciplet. “The reasons a marriage doesn’t work out are complicated enough and often the two people in the marriage don’t understand all the reasons it didn’t last, but to imply that it’s a failure especially if they have kids together is totally insulting. It’s much better to steer clear and avoid projecting those biases.”

Divorced? Here’s the One Thing You Should Never Say to Your Ex (Especially If You’ve Got Kids)