In a Post Roe-World, Should You Delete Your Period Tracker App? 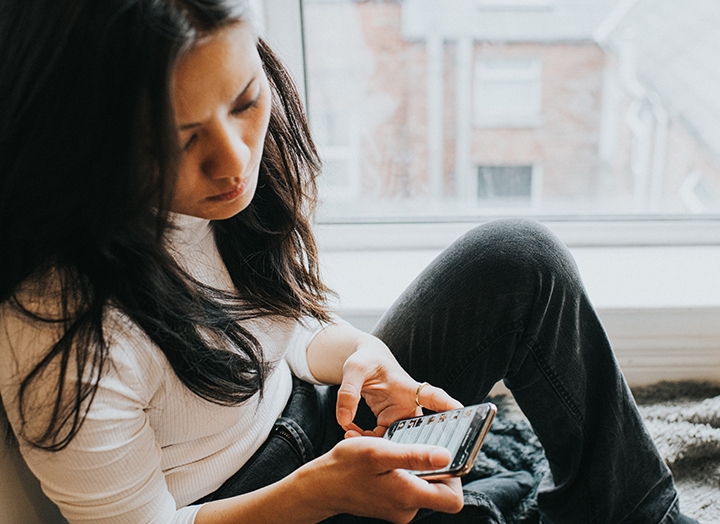 The US Supreme Court’s decision to overturn Roe v. Wade has us reeling with emotions and asking a million questions, like what does this mean for birth control? Should you stock up on emergency contraception? Will other rulings like same-sex marriage be overturned? The answer is we don’t know.

But there is at least one question that we can provide some clarity on, namely whether or not private health data can be used against women and people who can become pregnant. Here’s what you need to know about deleting your period tracker app.

What data is being tracked by your period tracker app?

In a viral tweet posted back in May, after the leaked Alito draft, author, attorney and activist Elizabeth C. McLaughlin wrote, “If you are using an online period tracker or tracking your cycle through your phone, get off it and delete your data.”

A period tracking app has the ability to track your cycle, see when you’re ovulating and monitor bodily symptoms, which can then be used to predict when you are likely to become pregnant. The concern from McLaughlin and others is that if you have an abortion, this data could be used against you to prove that you fell pregnant and did not have a child.

Could this data be used in a criminal prosecution?

“Depending on where you live, the information on these apps may be legally accessed now by your state,” Ben Michael, attorney at Michael & Associates tells us. “States may be able to subpoena a person’s data on their period tracking app as a way to prove pregnancy/loss of pregnancy if the person is being criminally charged.”

So yeah, pretty scary. But many legal experts point out that although it is possible for your data to be used for prosecution in an illegal abortion trial, it is unlikely. “Period tracking apps likely could not be used as evidence in a court of law without violating the principles of the Fourth Amendment which guarantee U.S. citizens a right of privacy,” David Reischer, attorney and CEO of LegalAdvice.com explains. “So it may be premature to delete a period tracking app unless the government notably becomes more intrusive,” he cautions.

But if you feel like the government has already become pretty damn intrusive, well, then read on.

What are period tracker apps saying?

Two of the most popular period tracker apps have reassured their users that they will not hand over sensitive data to authorities in states that have either banned or severely restricted abortions.

Flo tweeted on Friday, “You DESERVE the right to protect your data. We will soon be launching an ‘Anonymous Mode’ that removes your personal identity from your Flo account, so that no one can identify you.” (It’s worth noting that in 2019, the Wall Street Journal revealed that Flo was data sharing without notifying its users—specifically the app was informing Facebook every time its users noted they had their period or wanted to get pregnant.)

Clue, which is based in Europe, released a statement saying that it was subject to the European Union’s much stricter privacy laws that prohibit the sharing and selling of data to third-party advertisers. “Our users’ health data, particularly any data they track in Clue about pregnancies, pregnancy loss or abortion, is kept private and safe,” the company said in a statement.

“Our business model is not based on profiting from our users’ personal data – we don’t sell them products based on what they track, we do not share any tracked data with ad networks, and we certainly do not sell our users’ data to any third parties,” the company said.

So, should you delete your period tracker app?

Long answer: Again, many period tracking app developers are issuing statements letting users know that their data is safe. And many legal experts believe that the risk of data from your period tracker being handed to law enforcement is low—but it is not impossible.

If you rely on your period tracker app (and millions of people do), it’s worth going through your app’s privacy policies to figure out how secure your data really is. Specifically, you should be wary of any period tracker apps that share information with third parties or use cloud servers (when data is stored locally, the user owns it and not the company).

If you do decide to delete your app, make sure you are completely removing your data first by reaching out to the support team since apps may not delete your data completely even if you remove your account. To continue keeping track of your cycle, make a note in your Google calendar or go old-school by jotting it down in a notebook.

And most importantly, know that deleting your period tracker app isn’t the only thing you can do right now. Click here for more ways to protect and fight for reproductive justice.

Roe v. Wade Overturned What to Do Today, in 5 Days and in 5 Months from Now