7 Reasons to Not Get Married, According to Science

Some women dream of their wedding day and others see it as the stuff of nightmares. And while there still remains pressure to “settle down” and get married, couples today are doing their own thing and ditching the traditional route down the aisle. So, if you’re hesitant about marriage and looking for reasons to not get married, you’re not alone.

That rise in never-marrieds is attributed to the fact that folks are getting hitched later in life, and that more couples are cohabiting and raising children outside of marriage. Right now, the median age for first marriages is its highest ever: 30 years old for men and 28 years for women, according to U.S. Census Bureau data taken in 2018. Plus, a recent Urban Institute report predicts that some millennials will remain unmarried past the age of 40.

Whether you’re focusing on your career, building up some financial security or just don’t buy into the idea of marriage, saying “I do” might not be for you. Here are seven valid reasons to never get married: 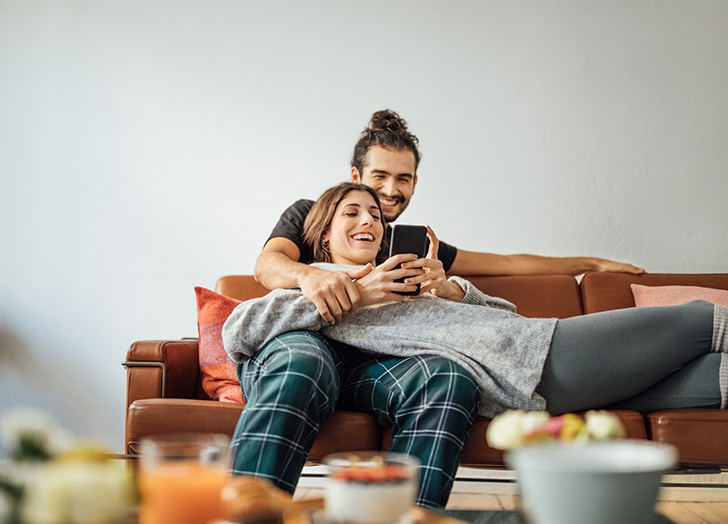 1. Living Together Is More Common And Widely Accepted

Today, more and more unmarried couples are living together. According to the U.S. Census Bureau, among Americans ages 18 to 24, cohabitation minus marriage is now more common than living with a spouse, with 9 percent living with an unmarried partner in 2018 as compared to 7 percent who live with a spouse. And of adults ages 25 to 34, 15 percent live with an unmarried partner, up from 12 percent ten years ago.

In 1968, only 0.1 percent of 18- to 24-year-olds and 0.2 percent of 25- to 34-year-olds lived with an unmarried partner. Back in the day, “shacking up” was considered taboo an—dare we say?— “living in sin.” This was reinforced by antiquated notions of premarital sex, like that whole “why buy the cow when you can get the milk for free?” axiom your grandma muttered when you told her you were moving in with your partner. But, according to a 2019 Pew Research Center report, large majorities of Generation Z, millennials, Generation X and baby boomers say that couples living together without being married “doesn’t make a difference for our society.” And about one in five Gen Zers and millennials say cohabitation is a “good thing for society,” which is, not surprisingly, a higher number as compared to older generations.

Ironically, being married and living apart seems to be the new trend. Gwyneth Paltrow recently revealed that she doesn’t live with her new husband, Brad Falchuk, full-time, with both maintaining separate residences. This arrangement simply furthers the argument that marriage (or not marrying) isn’t one size fits all. 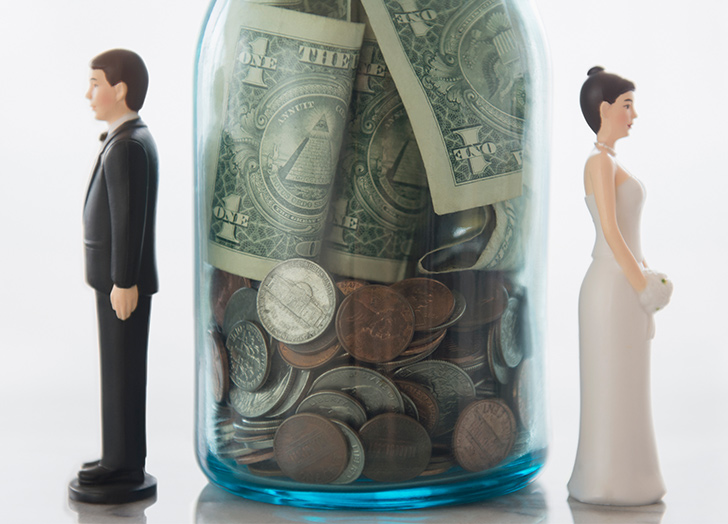 Even though we’ve seen a movement toward more pared-down, D.I.Y. weddings, the costs can still add up. According to the Knot 2017 Real Weddings Study, “the average cost of a wedding was $33,391, with high spenders—those spending an average of $60,000 or more on their weddings—spending an average of $105,130 on their wedding day.” And that’s not including the honeymoon. The prohibitive costs of tying the knot are part of the reason folks aren’t doing it.

According to the U.S. Census Bureau, couples who marry today tend to be more financially stable than those who don’t. For example, 40 percent of married adults (ages 18 to 34) earned $40,000 or more, compared to just 20 percent of unmarried adults in the same age range. A lack of economic security following the Great Recession may have also contributed to more adults cohabiting instead of marrying. Plus, many couples would rather use that wedding money toward a vacation or buying a new home and feel that it’s a waste to spend so much moola on just one day. 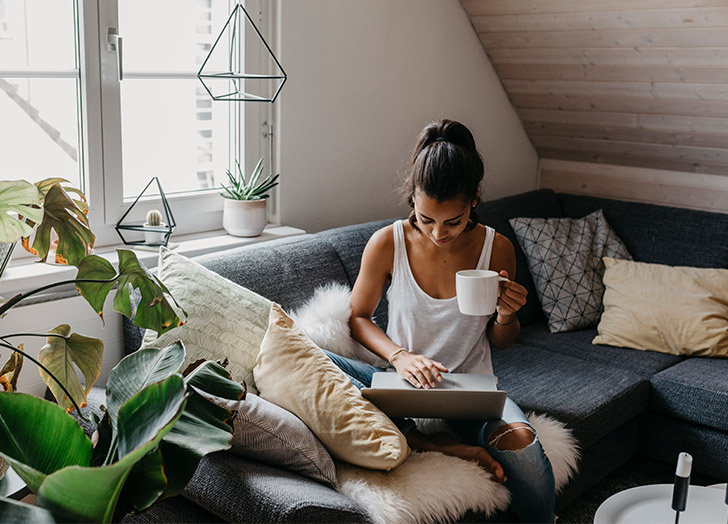 Recently, Paul Dolan, a professor of behavioral science at the London School of Economics, said, while discussing his new book, Happy Ever After, that “if you’re a man, you should probably get married; if you’re a woman, don’t bother.” That’s because, after he examined data from the American Time Use Survey to determine the happiness levels in unmarried, married, divorced, separated and widowed people, Dolan found that unmarried, childless women are the happiest subgroup, adding that they are more likely to live longer than their married and parental peers.

He explained that men benefit from marriage because they “calm down” and “you take less risks, you earn more money at work, and you live a little longer. She, on the other hand, has to put up with that, and dies sooner than if she never married.” Gives new meaning to the vow ’til death do us part, huh?

Forgoing marriage because you don’t want to die might be a bit extreme, but when asked about the secrets to living a long life, some of the oldest women in world agreed—stay away from men. Back in 2015, at the age of 109, Jessie Gallan, a Scottish woman, offered her advice to longevity: "Eat your porridge and avoid men. They're just more trouble than they're worth." And Gladys Gough, a British woman who lived to be 104, said, “I never got married or had a boyfriend either. That probably had something to do with it. I just couldn’t be bothered with men.” 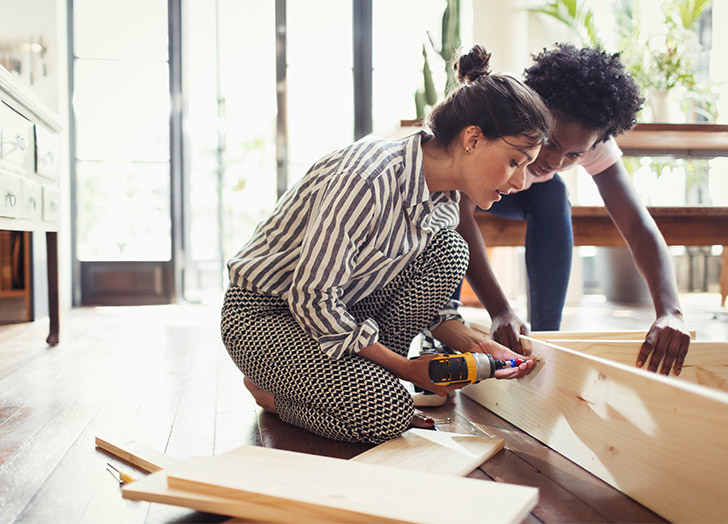 In addition to that thing called love, some couples used to feel the need to get married for legal reasons. But now you don’t have to swap vows to be officially together. Originally created to provide legal and economic protections for same-sex couples, domestic partnership is an option for all couples. As an alternative to a traditional marriage, a domestic partnership is a legally-recognized relationship that offers couples the same or similar benefits as those provided to married couples. Not all states recognize domestic partnerships, and the benefits may vary by state and municipality, but typically a domestic partnership affords couples rights such as being able to add your partner onto your health or dental insurance, to take leave under the Family and Medical Leave Act to care for your partner, as well as authority to visit each other in the hospital and be considered next of kin for medical decisions. 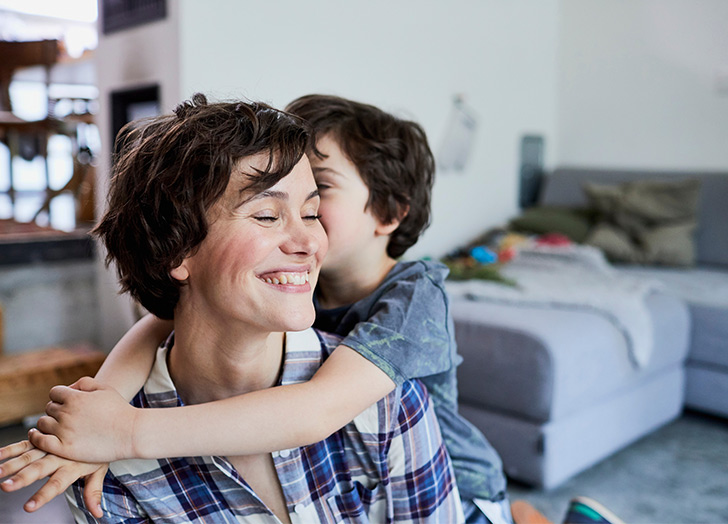 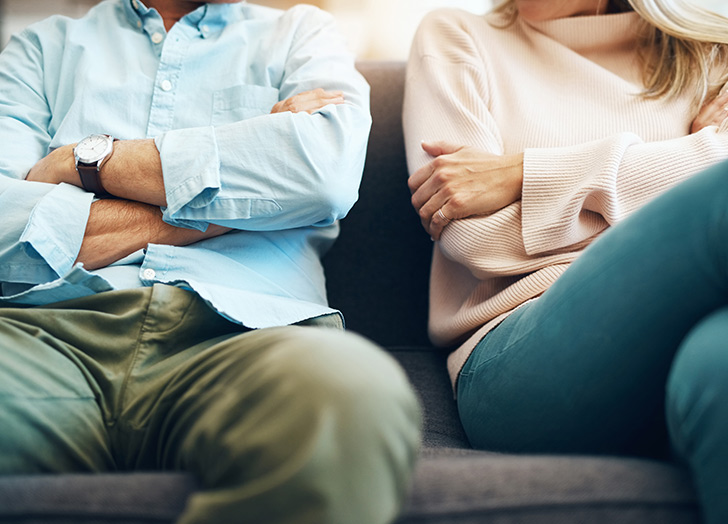 6. You’re Afraid Of Getting Divorced

It may seem like a pessimistic reason for never getting married, but being afraid of a potential divorce, along with the legal, financial and emotional stresses involved when dissolving a marriage, is enough for some to say “I don’t.” “There’s a fear of divorce or a specter of divorce looming large in people’s minds,” Wendy D. Manning, co-director of Bowling Green’s Center for Family and Marriage Research, told The Wall Street Journal. “They don’t want to make a mistake. They’re waiting longer to get married to divorce-proof their marriage.” The center recently conducted research on the country’s divorce rate, which has actually been on the decline. In 2017, the rate had dropped to 16.1 divorces for every 1,000 marriages, the lowest it has been in 40 years. But many believe that’s because couples are delaying marriage, partly because of their fear of divorce.

In a survey of cohabiting couples, ages 18 to 36, in Columbus, Ohio, that was published in 2011 in the Journal of Family Relations, researchers from Cornell and the University of Central Oklahoma found that respondents were concerned about divorce. “About 67 percent said they were worried about the potential social, emotional and economic fallout of splitting up. The researchers suggest that this is one of the reasons the couples had chosen to live together without getting married.” 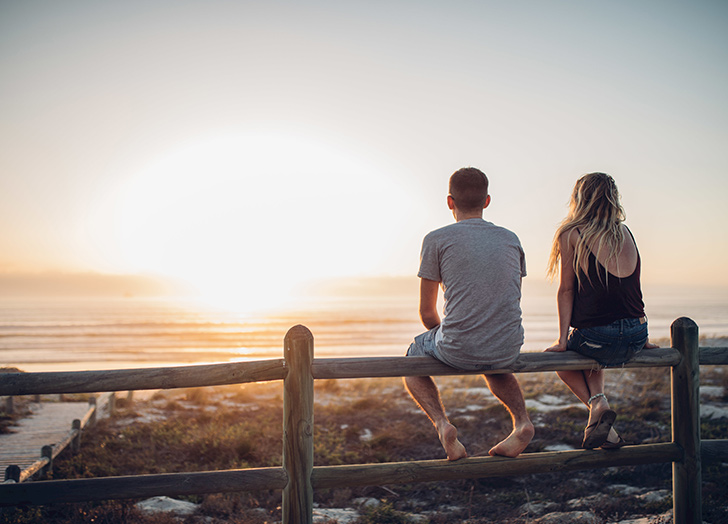 Marriage is mixed up in a lot of historical, economic, religious, societal and cultural norms that simply don’t sit well with some couples. With many viewing marriage as an outdated institution, more and more folks are embracing the idea of happily ever after without the marriage license, and figuring out their own fairy-tale ending.

How to Improve Communication in Marriage, According to a Divorce Lawyer