Polyamory vs. an Open Relationship: What’s the Difference? 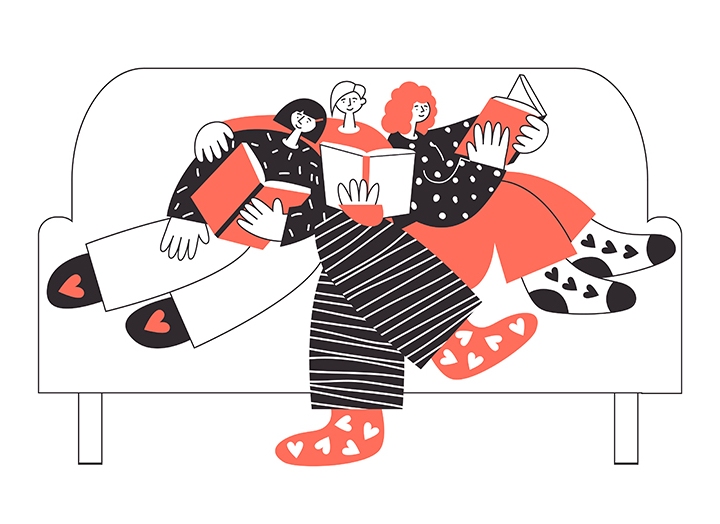 There’s been some buzz about ethical non-monogamy of late, and even if sanctioned sleeping around is so not your cup of tea, you might still be a little curious to know how it works. Well, that depends on what type of ethical non-monogamy you’re talking about—because, yes, these types of relationships come in different forms. So let’s start with polyamory vs. open relationships: It might sound like the former is just a fancier way of referring to the latter, but that’s not the case. There’s plenty of overlap between polyamorous and open relationships (*draws venn diagram*), but there are meaningful differences, too. We went to clinical psychologist Dr. Bethany Cook to help parse the details. Read on for the full scoop.

The Most Common Open Relationship Rules and How to Set Yours

Does your love tank have enough for more than one person? If you’re in a polyamorous relationship the answer is ‘yes.’ This type of ethical non-monogamy isn’t about having more sex (though there will likely be more of that, too), it’s about having the freedom to fall in love and share an emotional connection with more than one person. What makes this ethical is that all involved parties are on the same page, which means the details of the arrangement are up for discussion. Beyond that, there aren’t too many rules.

There are also open poly relationships—meaning that new partners can be brought on board—and closed poly relationships, in which the group is done growing. Whatever the case may be, the key to polyamory is that all relationships are considered equal—you know, so that everyone in the love triangle (square, pentagon, what have you) feels empowered, happy and secure.

All this might sound like a lot of extra work, but Cook tells us that a healthy poly relationship can actually make things easier for some folks—namely because, if you’re doing it right, “you’re not responsible all the time for everyone’s needs. In fact, yours and everyone else’s needs can be met more consistently when there are options because there’s more support present.” (It takes a village, right?)

What is an open relationship?

Now it’s time to talk about open relationships. Fortunately, the concept here is a little simpler in that it just involves two partners who agree that it’s a-OK to have casual (but safe) sex with other people. The key word, though, is casual. In open relationships, emotional intimacy is exclusive to the two romantic partners, so feelings aren’t supposed to enter into the picture when it comes to outside sexual experiences. In general, couples who enter into this type of relationship enjoy both physical and emotional intimacy with one another and are fully committed, but have determined that both parties benefit from the sexual exploration and freedom that comes from keeping the below-the-belt borders, well, open.

What’s the difference between polyamory and open relationships?

The major difference between polyamory and open relationships is that, with the latter, one relationship is the clear priority and the rest is just some hot, sweaty sex on the side. Polyamory, on the other hand, is a much bigger investment in that it revolves around the idea that it’s possible to maintain full-blown romantic relationships—sex, emotional intimacy, commitment and all—with more than one person at the same time.

That said, both relationship styles represent a rejection of the more traditional, monogamous coupling in favor of a less constricting experience of romance. It’s also worth noting that in both polyamorous and open relationships, unhealthy power dynamics shouldn’t be present, and boundaries must be discussed and mutually agreed upon before the arrangement is underway (and consistently thereafter), lest it turn into a not-so-ethical non-monogamous situation. Bottom line: If monogamy feels unnatural to you, find someone who’s willing to explore some other options…but, whatever you do, remember that “being able to openly talk about and respect each other’s individual needs is important,” says Cook. Oh, and be sure to avoid the yucky patriarchal stuff, too.

How to Ask Your Partner for an Open Relationship